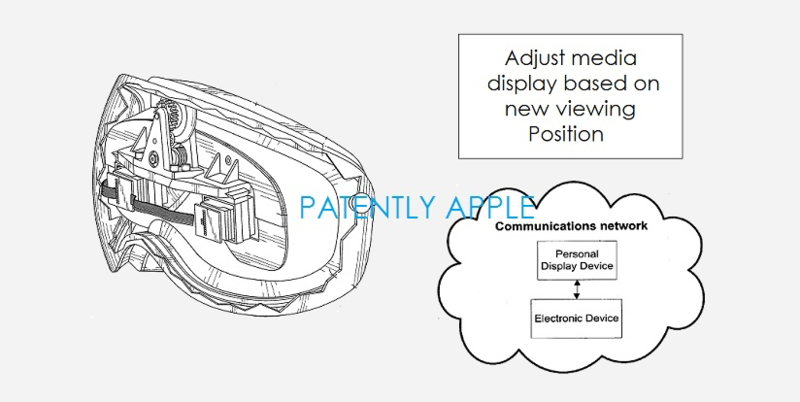 Back in May 2015 Patently Apple posted a patent report titled "Apple Files a European Patent that Advances their Work on an Exciting Video Headset Device." Today, the U.S. Patent and Trademark Office officially granted Apple this patent titled "Adjusting media display in a personal display system based on perspective."

The patent figure that Apple has chosen to best represent this invention/granted patent is FIG. 5 as noted below. 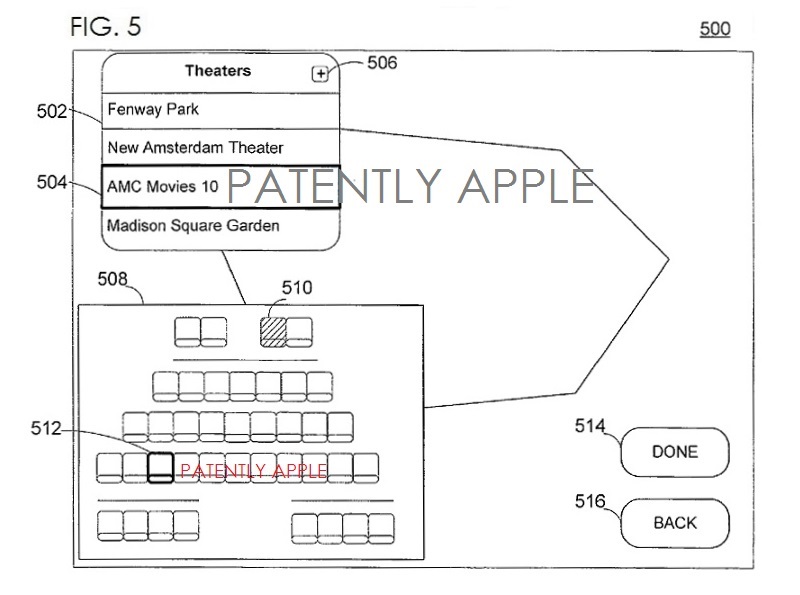 Display screen #500 may include listings #502 of selectable theaters for which representative information is stored on the personal display device. As used herein, the term theater will be understood to include any suitable movie theaters, performing art theaters, auditoriums, lecture halls, sports stadiums, or any other suitable environment for attending a performance. The user may select a listing #502 by placing highlight region #504 over the listing.

In some embodiments, surround sound (e.g., Dolby Digital, DVD-Audio, Super Audio CD, MP3 Sound, and theatrical film 5.1 surround sound formats, etc.) integrated in the personal display device may be adjusted based on the user's selected viewing position or any other configuration. As a result, a user sitting in the front-center of the movie theater may hear sounds differently than a user sitting in the back left side or middle-center of the theater. As another example, audio may be louder if a user zooms in to the displayed media, and softer if the user zooms out of the displayed media. Persons skilled in the art will appreciate that any suitable type of audio adjustments, such as, for example, 3D sound effects or room equalization, can be made when a user selects different viewing positions in a theater.

In some embodiments, depending on the content of the media that is displayed, the personal display device can dynamically adjust a user's viewing position to an optimal location. For example, if a user is watching a football game, the personal display device #300 (FIG. 3 below) can adjust the user's viewing position based on the location of the plays. 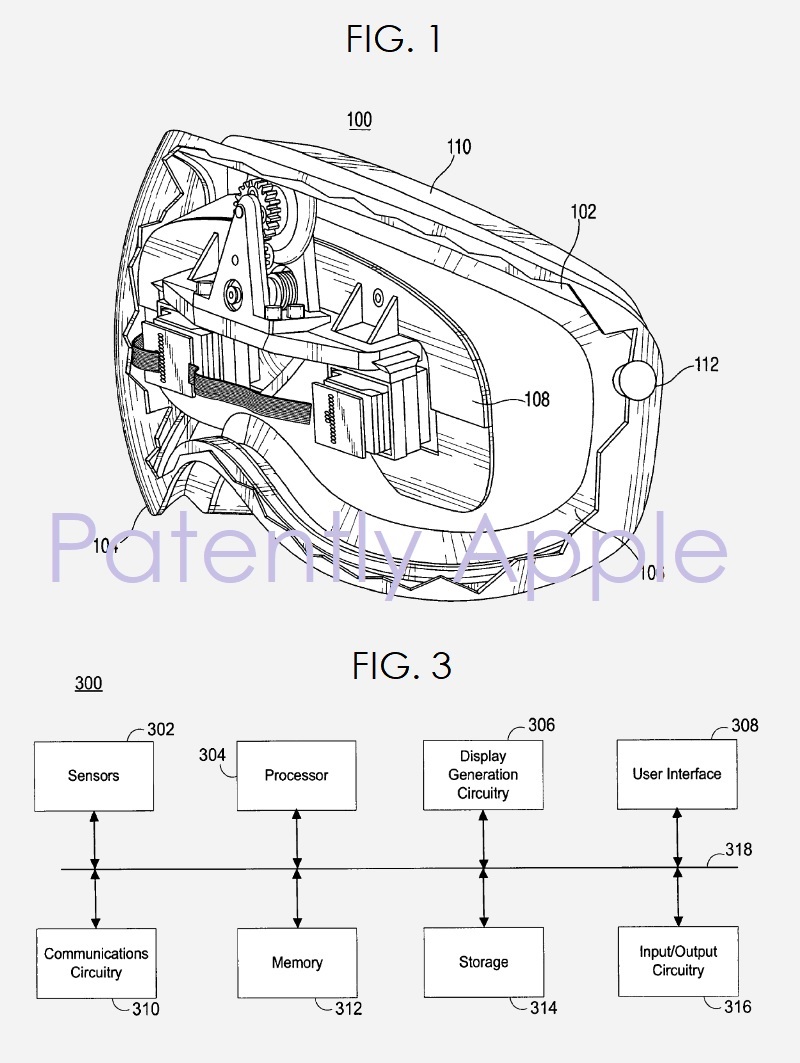 Apple's granted patent 9,880,720 was originally filed in Q1 2015 and published today by the US Patent and Trademark Office.

It should be noted that this isn't a design patent, so the design presented in this patent is only used to convey a generic video headset and not what it will actually look like should Apple proceed with this product.