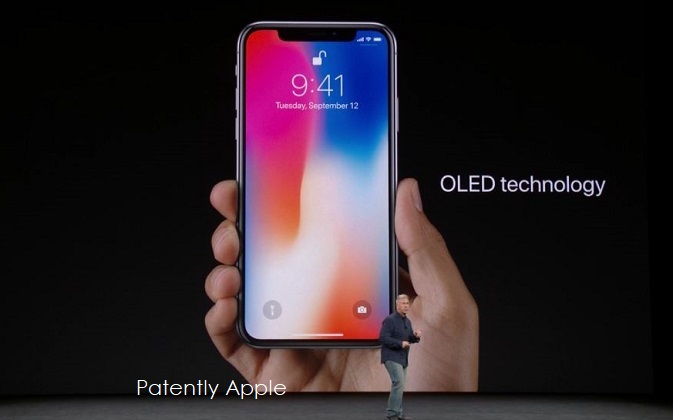 In June 2017 we reported that Samsung was to build a Larger OLED plant to keep up with Apple's orders for OLED panels for future iPhones. Then in early January we reported that LG would slowly enter Apple's OLED supply chain in the second half of the year and then crank up the volume in 2019. Other OLED suppliers like BOE and Sharp are also vying for some of Apple's future OLED business. In the past few days a number of reports have come to light that confirm that Samsung isn't going to maintain all of Apple's OLED business.

The first report claims that "Apple is seeking to diversify parts suppliers for its OLED displays and batteries.

The rigid flexible printed circuit board, more widely called RFPCB, is the key to the OLED screen as it connects chips with parts such as display screen and camera.

Thus far, Samsung Display has been the sole supplier for the OLED screen. From this year, its crosstown rival LG Display is expected to supply the largest 6.46-inch screen later this year.

Considering the RFPCB and the panel are produced for a model, the new RFPCB supplier is likely to work with LG Display.

The brand new "L-shaped" battery will be produced by LG Chem, the battery-making unit of LG Group. The battery comes in a single cell and has increased capacity over current rectangle iPhone batteries with two battery cells.

Production of the RFPCB will start in May and the panel production will start in June. The new iPhone launch is expected to come in the latter half of this year like previous years."

A second report on the matter also stated that Samsung display has decided to delay their new OLED plant that was announced back in June, as we noted at the top of our report.

Uncertainties about the market demand seems to be the key issue as the global smartphone market is showing some signs of negative growth, largely driven by slowing sales in China. With Apple bringing in new OLED suppliers, the lure of a new plant just for Apple production failed to achieve the desired outcome.

A third report squarely blames slower iPhone X sales for slowing OLED production in their current A3 plant. With Apple choosing LG and others for 2019, Samsung foresees sales of OLED displays becoming weaker and likely to affect future earnings.