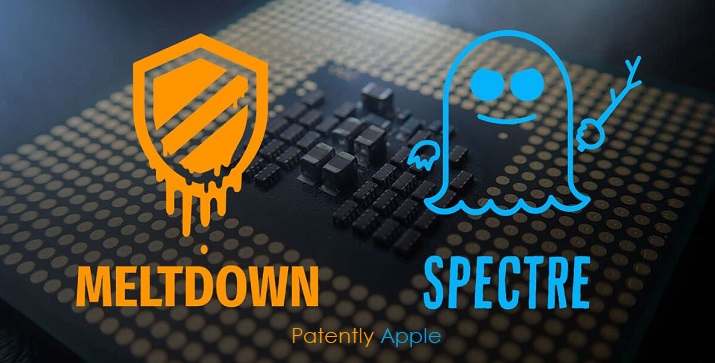 On January 14, Patently Apple posted a report titled "Apple gets Dragged into new Class Action filed in Israel against Intel and ARM over Meltdown and Spectre Security Flaws." Today, Patently Apple was first to discover that Apple had actually been sued in the states over this back on January 8th. Plaintiffs Anthony Bartling and Jacqueline Olson had filed a class action lawsuit against Apple over their customized ARM processors used in Apple's iDevices having security flaws. The Class Action was filed in San Jose, California.

The Plaintiffs stated in their filing that "all Apple Processors are defective because they were designed by Defendant Apple in a way that allows hackers and malicious programs potential access to highly secure information stored on iDevices. The Apple Processors expose users to at least two types of security risks (the "Security Vulnerabilities"), based on two hacking techniques, which have been dubbed 'Meltdown' and 'Spectre' by the technology community. The first hacking technique is known as 'Meltdown' because it 'melts security boundaries which are normally enforced by the hardware,' and the other hacking technique is known as 'Spectre' because its root cause is speculative execution, and "because it is not easy to fix, it will haunt us for quite some time."