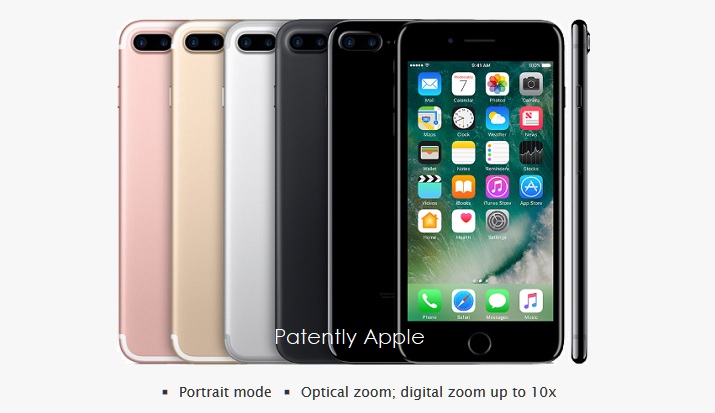 Thursday was a big patent day for Apple's dual camera iPhones, notably the iPhone 7 Plus. In total there were five applications published that cover Apple's camera user interface supporting optical zoom and digital zoom as well as the Bokeh effect which Apple describes as a simulated camera effect. Other patents cover image fusion in dual lens systems to correct lens flare and more and lastly a patent covering switchover control techniques for dual sensor camera systems. Although these patents are now in large part fulfilled, camera buffs are now able to delve into the details and thinking behind Apple's advanced dual camera system.

In some examples, the techniques provide the ability to quickly transition between user interfaces for capturing photos based on data received from a first camera and a second camera with limited user input. In some examples, the techniques efficiently provide enhanced zooming capabilities that result in visual pleasing results for a displayed digital viewfinder and for captured videos.

In some examples, the techniques efficiently provide user interfaces for transitioning a digital viewfinder between a first camera with an applied digital zoom to a second camera with no digital zoom. Such techniques reduce the number of required user inputs and conserve battery power. 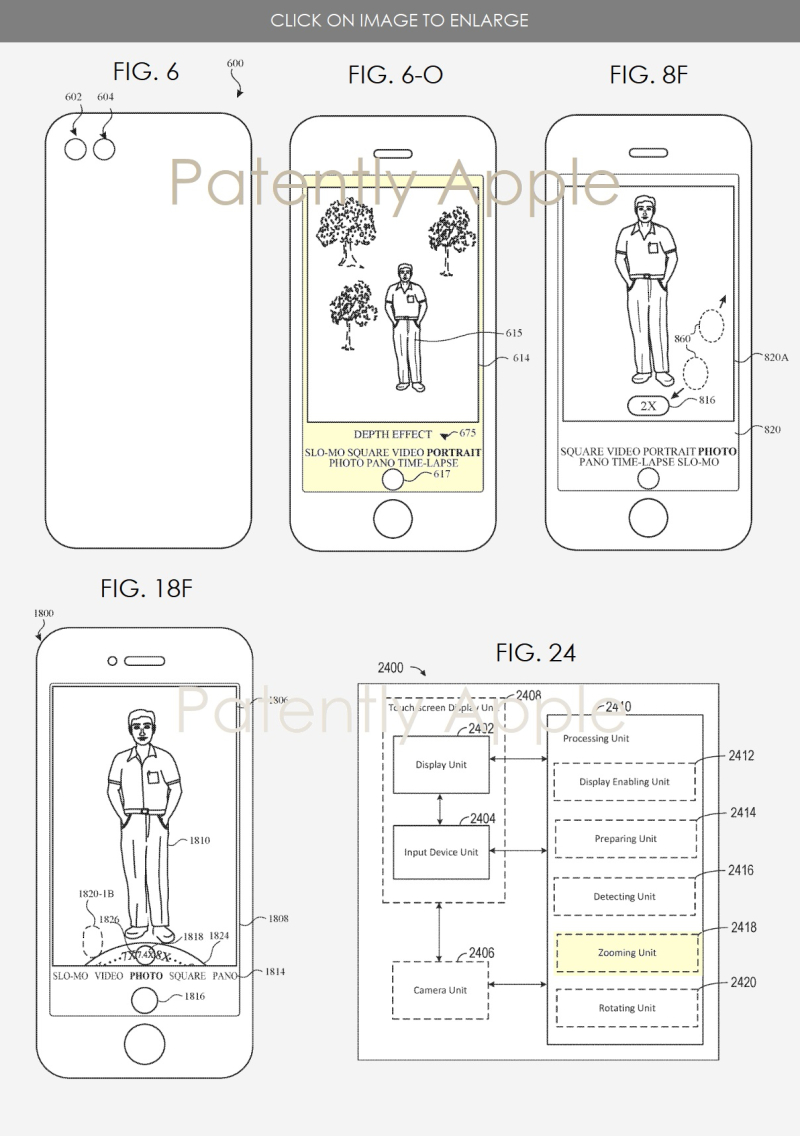 In some embodiments, as shown in FIG. 6O above, an iPhone (device #600) applies a simulated optical effect (e.g., a simulated bokeh effect) and a graphical indication (e.g., 675, text including "Depth Effect."

Apple's patent claim number 7 (which protects this patent) states: "the one or more programs further including instructions for: generating a depth map based on data received from the first camera and the second camera; and wherein the simulated optical effect is based on the depth map."

As illustrated in patent FIG. 8F above, the iPhone displays the zoom control in response to detecting a pinch gesture. In FIG. 18F we're able to see the camera UI control for magnification of the zoom.

Review Apple's patent application #20170359506 titled "User Interface for Camera Effects" for more details. Apple's patent was filed back in September 2016 as the iPhone 7 Plus was being introduced. For the most part, this patent is one fulfilled. One of the lead inventors noted on the filing is Alan Dye who was promoted to head of iOS's user interface. He's currently listed officially as Apples' "Creative Director."

It should be noted that this particular camera invention is extended to patents 20170359504 and '505 which were published on Thursday as well.

The U.S. Patent Office published a wide array of iPhone (iDevice) camera patent filings on Thursday. In addition to the three referred to above, another camera patent was published under application number 20170359494 titled "Switchover Control Techniques for Dual-Sensor Camera System." 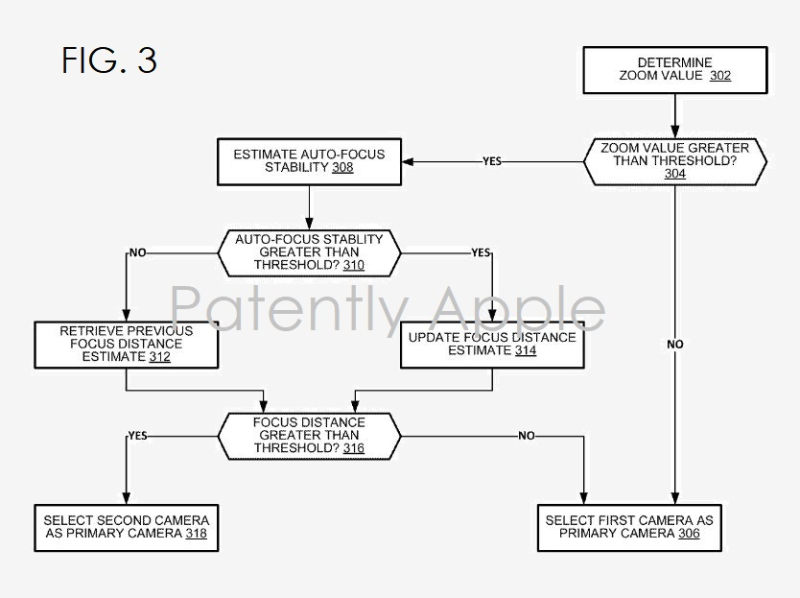 Apple's overview of this patent notes that "Foreign lighting effects, such as lens flare, are very common in natural images. In a two-camera-system, the two images may be fused together to generate one image of a better quality. However, there are frequently different foreign light patterns in the two images that form the image pair, e.g., due to the difference in lens design, sensor and position, etc. Directly fusing such pairs of images will result in non-photorealistic images, with composed foreign light patterns from both images from the image pair. This disclosure describes a general foreign light mitigation scheme to detect all kinds of foreign light region mismatches. The detected foreign light mismatch regions may be deemphasized or excluded in the fusion step, in order to create a fused image that keeps a natural-looking foreign light pattern that is close to what was seen by the user of an image capture device during an image capture preview mode. 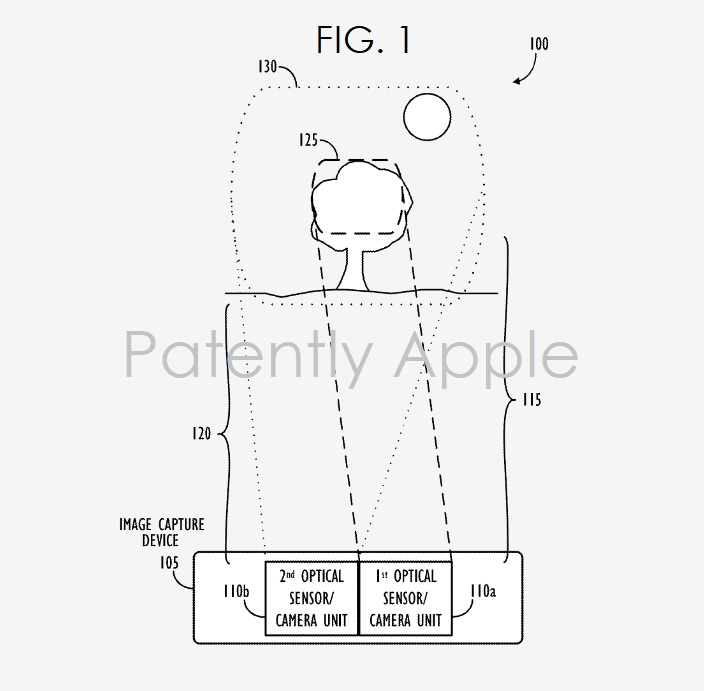 To review this patent filing in depth, click here.