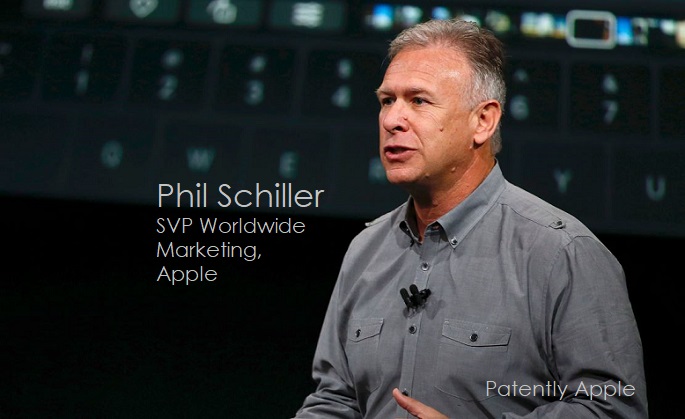 Apple's SVP of worldwide marketing first joined Apple 30 years ago. There were many tumultuous years as the company neared death and then a slow rise to fame after the return of Steve Jobs who pushed the company in new directions with the iPod, iTunes, the iPhone, iPad and their all-in-one iMac. In a new interview with Schiller, the Telegraph covers iPhone X, a rash of software problems that have hurt Apple's reputation and Augmented Reality.

The report kicks off by noting that "Schiller's responsibilities extend beyond his marketing-chief title. He is credited with the spin wheel design of the original iPod, runs the App Store, and was deeply involved in the development of the first iPhone, released in 2007.

On iPhone X and HomePod

Shaking up a playbook that has worked so well was seen by some as a risky move." Apple launched the iPhone 8 which represented the first generation of iPhone in its general appearance. The iPhone X was truly the first of the next generation iPhone. Schiller noted that "we wanted to create something that was even more aggressive, even more of a departure from where iPhone had been going, and that's iPhone X. It's something we haven't offered that way before but it's worked really well."

Shifting gears, the Telegraph noted that "Apple's increasing sprawl has raised questions about whether it can handle it, and the company has been through an unfortunate series of events in the last few weeks.

In November, it was forced to delay the HomePod, its smart speaker rival to the Amazon Echo, until next year. The delay of the HomePod is undoubtedly a blow. The market for smart speakers is taking off, and having to release it on the other side of Christmas will hit sales.

Schiller is unapologetic about refusing to hit a deadline for the sake of it. "I'll just say that it's not ready yet. One of the things a lot of our customers appreciate is that we're never afraid to wait to ship something."

And yet there's an equal amount of their customers who are really disappointed that Apple can't deliver on time. They think Apple rushed the introduction to get the marketing credit and free press they wanted out of it while quieting the critics that were saying that Apple was missing the smart speaker market. Perhaps Schiller should be apologetic for missing the Christmas time line.

Schiller being unapologetic isn't seen as a positive trait by all. Even though the Mac pro community were livid over being forced to use multiple dongle's, Schiller brushed it off and infuriated pro fans even more with his nonchalant attitude.

At least Jony Ive had the guts to recently acknowledged anger from the Mac pro community. In a recent interview Ive noted: "Absolutely, all of your feelings and feedback around the MacBook you use, we couldn't want to listen to more,". "And we hear — boy, do we hear." Ive acknowledged that Apple didn't get it right and plans to make it right for pro fan this year.

On Apple's Rash of Software Problems

The Telegraph's author went on to say in his report that "A week before I spoke to Schiller, researchers discovered an embarrassing security hole in the latest version of Apple's computer software, macOS, that allowed anybody to log in without a password.

Recently users have found bugs in the iPhone that corrected letters to incomprehensible symbols, and allowed hackers to take control of smart home devices. Critics have asked if Apple is getting sloppy.

To that, Schiller stated that there "no excuses" but rejects this characterization. "We just had a bad week. A couple of things happened, that's all. The team is going to audit the systems and look carefully at the process and do some soul-searching, and do everything that they can to keep this from happening again."

What an attitude change from the inner Apple circle calling for Scott Forstall's head for having a bad week with Maps, and getting it because it was internal politics at play. Did any heads roll this time around? No, not even close because it was" just a bad week."

Technically, Forstall got fired for refusing to sign a Maps Apology - Sources one, two and three. So where's the letter of apology for the recent problems? It's not coming. It's not an internal political problem. 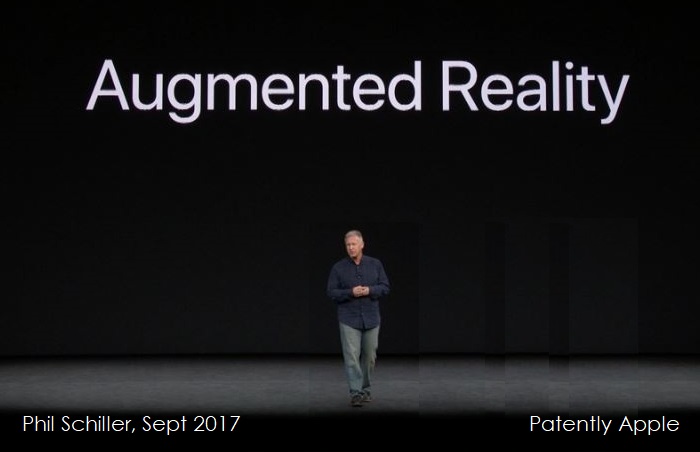 On Apple's big bet on augmented reality (AR), Schiller said that the company is a "super big proponent of it". Early examples of the technology include an Ikea app that allows users to see how furniture would look in their room before they buy it, and Pokémon Go.

"It's just a fundamental technology that's going to impact so many categories of software, of our experiences with technology," he says. For now, Schiller thinks that the phone is currently the best vehicle. "It's ubiquitous and it makes sense; if the idea is to be able to see the digital world mapped onto the real world you need something that's with you and mobile. There has never been a technology product category as big as ubiquitous as the phone"

When the Telegraph author posited that many of the AR apps that exist today look more like demos than services that one might use every day, Schiller countered that by saying that nobody predicted what the most successful smartphone apps would look like. "[It's] just like the first year of the App Store when none of us knew where it was going to go.

"There wasn't an Airbnb when it started, there wasn't an Instagram … these are all things to come as brilliant people build on top of the technology and apply them in amazing ways, that's what's going to happen in AR." Read more on this report here.