Home Archives Contact Us Subscribe Twitter MeWe Patently Mobile
YouTube is finally getting on Board with a Streaming Music Service the Major Labels Approve of
Apple is Close to Acquiring Shazam, the World's Best App for Recognizing Music Titles in Seconds 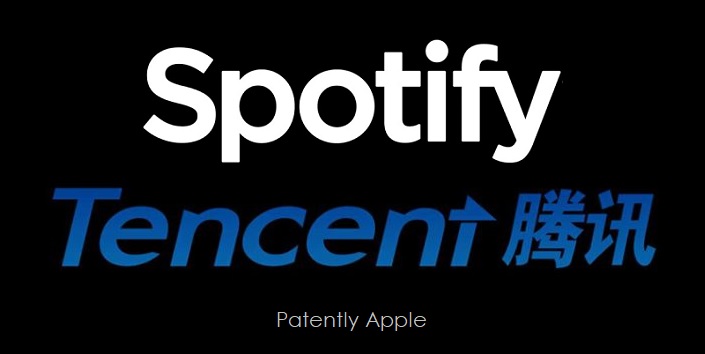 It's been a busy 24 hours in the streaming music business. Earlier today Patently Apple posted a report titled "YouTube is finally getting on Board with a Streaming Music Service the Major Labels Approve of." Now we're learning that Spotify and China's Tencent have struck a deal to acquire minority stakes in each other, as the world's largest music streaming services partner up ahead of public listings planned for next year.

The Financial Times is reporting this morning that "The companies will buy new shares in each other with cash, giving Spotify a minority stake in Tencent, while both Tencent and Tencent Music, its music streaming subsidiary, will take stakes in Spotify.

Spotify operates in 61 countries, but not yet China. The company views this as a way to get a foothold in the country, while also shoring up its finances ahead of a public listing early next year, according to people familiar with the matter.

Daniel Ek, Spotify's founder and chief executive, said the deal "will allow both companies to benefit from the global growth of music streaming". For more, read the full Financial Times report.