Home Archives Contact Us Subscribe Twitter Facebook MeWe Patently Mobile
Apple is Close to Acquiring Shazam, the World's Best App for Recognizing Music Titles in Seconds
Apple has won a Patent for a Unique OLED Display that could detect a Fingerprint for ID Purposes and more

On another front, Business Insider posted a report about Apple's pro camp not being happy with Mac hardware. They generally thought that the MacBook Pro's new Touch Bar was an expensive gimmick, that the keyboard was too prone to breaking and had a lousy feel to type on. They weren't happy with having to carry a range of adapters and dongle's just to satisfy Jony Ive's obsession with thin. And finally, they were disappointed with Apple dropping MagSafe. 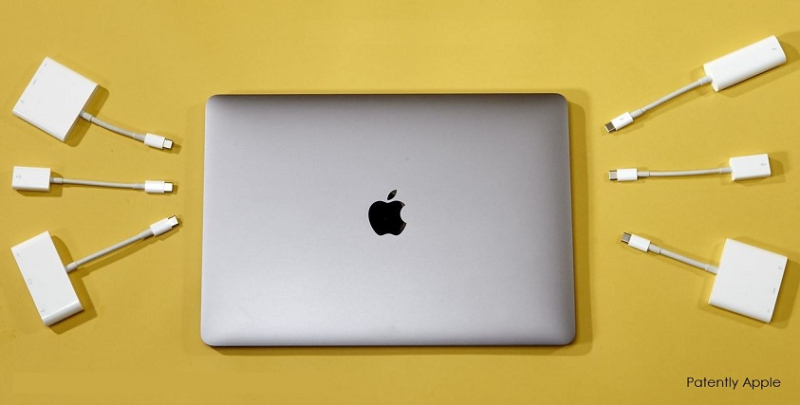 Recently Jonathan Ive said in an interview in Washington DC that "Absolutely, all of your feelings and feedback around the MacBook you use, we couldn't want to listen to more,". "And we hear — boy, do we hear."

Patently Apple posted a granted patent report this week pointing to Apple winning a patent for a stackable connector based on MagSafe that would go a long way in removing two of the major complaints the pro community have as noted above. The concept is captured in Apple's patent figure below that is specifically noted as a notebook solution. 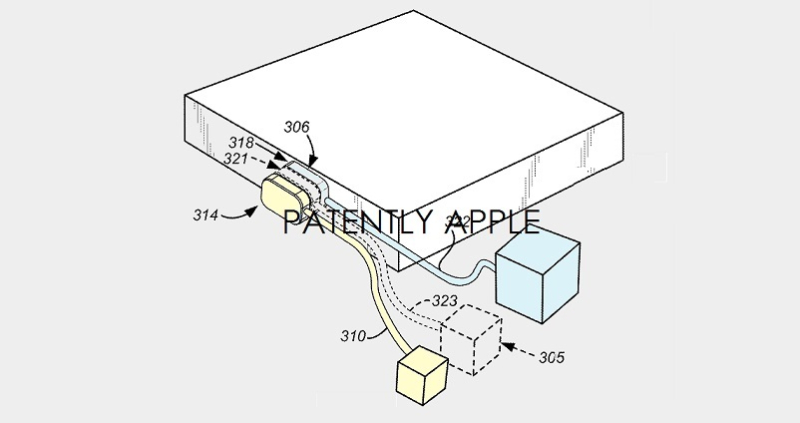 For the last few years Jonathan Ive was up to his eyeballs involved with the new Apple Park Headquarters and worked tirelessly to ensure that the vision of the late Steve Jobs had for the new headquarters would be adhered to meticulously. Ive was definitely distracted from his core role at Apple: design.

Whether the noted distraction is an excuse or not for some of the design changes that have angered the pro community, it was most interesting that a statement put out by Apple's spokeswoman Amy Bessette stated that "With the completion of Apple Park, Apple's design leaders and teams are again reporting directly to Jony Ive, who remains focused purely on design."

The statement almost sounded like an apology of sorts which makes you wonder if that means that we'll see some really refreshing product design emerge in 2018. That "formal" statement was made for reason and not because it was beer bash day at Apple. When Ive said that he heard the feelings and feedback from Mac pro users, it was in fact in context to being distracted. The second half of the original comment went on to state: "But Apple Park, I can't think of another time in the past, or imagine another time in the future, where we get to try to make something that is for us. Not to indulge in a ghastly selfish way. We made it for us to help us be better, to make better products."

When Ive talked about listening to feedback, he had spoken about that in greater detail during his Fast Company interview with Rick Tetzeli at the Smithsonian event. In-part, Ive noted:

"In 30 years time, we'll look back at, with such fondness, the way we worked, not necessarily what we did. I think the advantage is we have so much trust as a team that we don't censor our ideas because we are nervous and scared that they will sound absurd . . . Very often it seems to be you listen to the biggest, loudest voice. A lot of this process is about listening, I think. What we've found is very often the very best ideas come from the quietest voice. And if you're not listening, you're going to miss that."

I don't think to date that the Mac pro community would agree with Ive's focus on listening to their feedback. Yet perhaps that's why Jonathan Ive made it such a point in his latest interview that this time he heard the pro community's anger loud and clear. Though in end, the proof will of course arrive or not in 2018.

If Apple Park was Ive's distraction, we're still in the dark as to what has been distracting Apple's SVP Software Craig Federighi of late. Maybe if we're patient, Apple will be so kind as to release another formal press release in the not-too-distant future explaining why Federighi and team have dropped the ball so badly. Stay tuned but don't hold your breath.