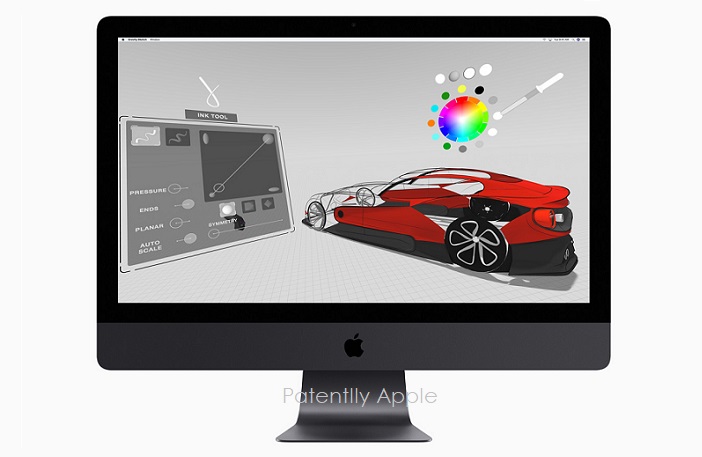 "iMac Pro combines the incredible design of the iMac with the most powerful workstation architecture we've ever built," said John Ternus, Apple's vice president of Hardware Engineering. "iMac is the most popular desktop for our pro users due to its amazing display and elegant design, so we completely re-engineered it to deliver performance far beyond what anyone thought possible in an all-in-one."

Workstation-Class Performance in an iMac Design 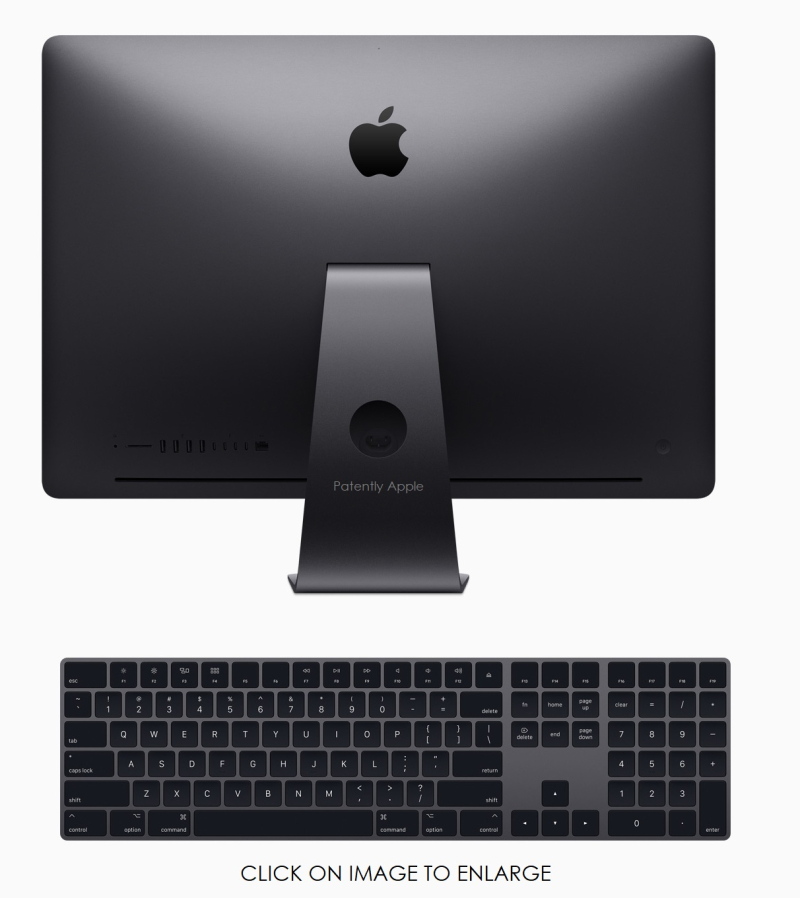 With next-generation processors, a stunning Retina 5K display, the most powerful graphics ever in a Mac, super-fast storage and advanced I/O, iMac Pro is designed to handle the most demanding pro workflows and is the first all-in-one built from the ground up to deliver true workstation-class performance. Featuring an all-new thermal architecture, iMac Pro delivers up to 80 percent more cooling capacity in the same amazingly quiet, thin and seamless aluminum and glass enclosure customers know and love.

Still just 5mm at its edge, iMac Pro comes in a stunning new space gray finish with a matching Magic Keyboard, Magic Mouse and optional Magic Trackpad, and features the best Mac display ever, with 500 nits of brightness, a P3 wide color gamut and support for 1 billion colors, delivering an even more vivid and true-to-life viewing experience. iMac Pro also comes with four microphones with beamforming technology, a new 1080p FaceTime HD camera with enhanced low-light performance, and new speakers that are up to 50 percent louder.

Featuring a next-generation compute core and up to 16GB of on-package high-bandwidth memory (HBM2), iMac Pro with the Vega GPU delivers up to an amazing 11 Teraflops of single-precision compute power for real-time 3D rendering and high frame rate VR. And for half-precision computation, ideal for machine learning, iMac Pro delivers up to an incredible 22 Teraflops of performance.

iMac Pro also supports up to 4TB of SSD and up to 128GB of ECC memory, and with four Thunderbolt 3 ports, can connect up to two high-performance RAID arrays and two 5K displays at the same time. For the first time ever on a Mac, iMac Pro features 10Gb Ethernet for up to 10 times faster networking.

Delivering Power to the Pro 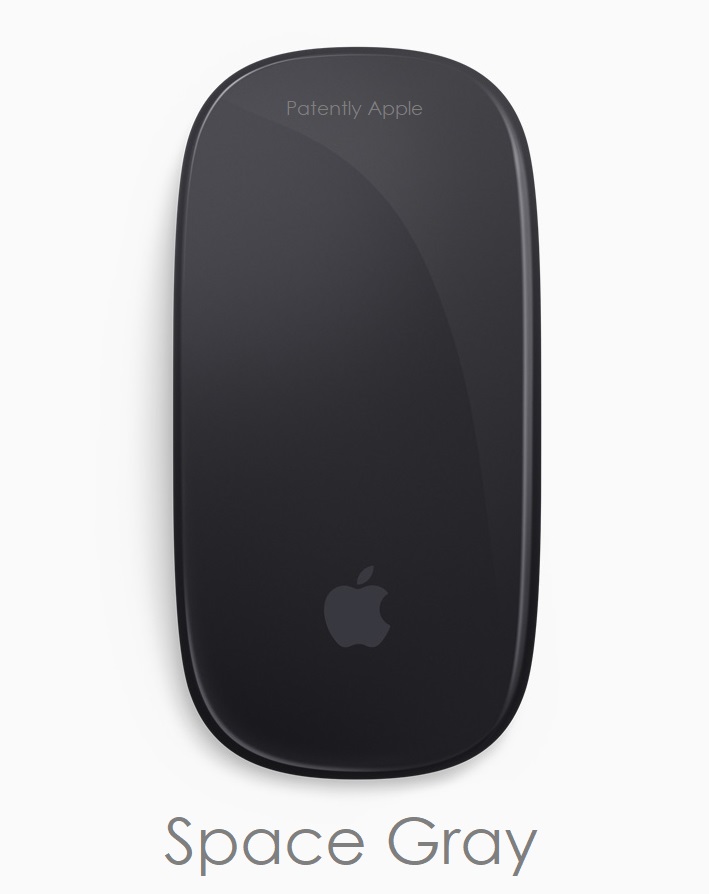 iMac Pro takes Mac performance to a whole new level, even when compared to our fastest quad-core iMac.

A New Level of Integration and Security

Apple further notes that the "iMac Pro brings a new level of integration and security to the Mac with the T2 chip, Apple's second generation custom Mac silicon. By designing and integrating several new controllers — such as the System Management Controller, image signal processor, audio controller and SSD controller — T2 delivers new capabilities to the Mac like enhanced imaging processing for the FaceTime HD camera. T2 also enables a new level of security by including a secure enclave coprocessor that provides the foundation for new encrypted storage and secure boot capabilities. Dedicated AES hardware encrypts data on the SSD without affecting performance, while secure boot ensures that only trusted software loads at startup.

In addition to the new iMac Pro, Apple is working on a completely redesigned, next-generation Mac Pro architected for pro customers who need the highest performance, high-throughput system in a modular, upgradeable design, as well as a new high-end pro display."

Below is an overview graphic of some of the options customers will see today when ordering their new iMac Pro. 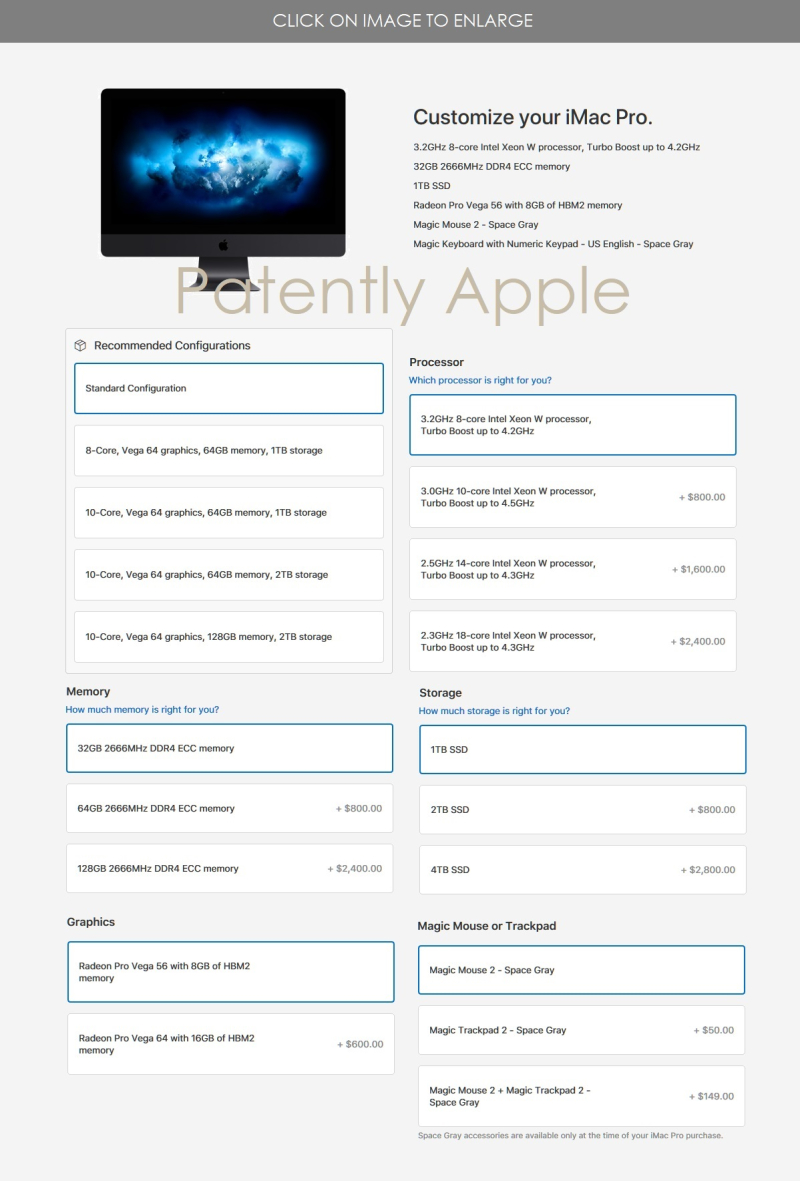 Aerospace engineer Craig Hunter reviewed the iMac Pro earlier this week and he began his review stating that "There's an old saying about money burning a hole in one's pocket. Every once in a while, a product comes along that has a similar but reverse effect on me — it's a product that's so compelling, so exciting, so gorgeous to look at, that it causes my wallet to heat up and maybe even burst into flames. The new iMac Pro is one of those products."

Computational Fluid Dynamics: Now onto some benchmarks, which are based on the use of computational fluid dynamics (CFD) for aerodynamic design and development. For this work, I used the TetrUSS CFD tools available from NASA, along with the ubiquitous NACA 0012 airfoil shape and the open geometry of the Common Research Model (CRM) transport aircraft. 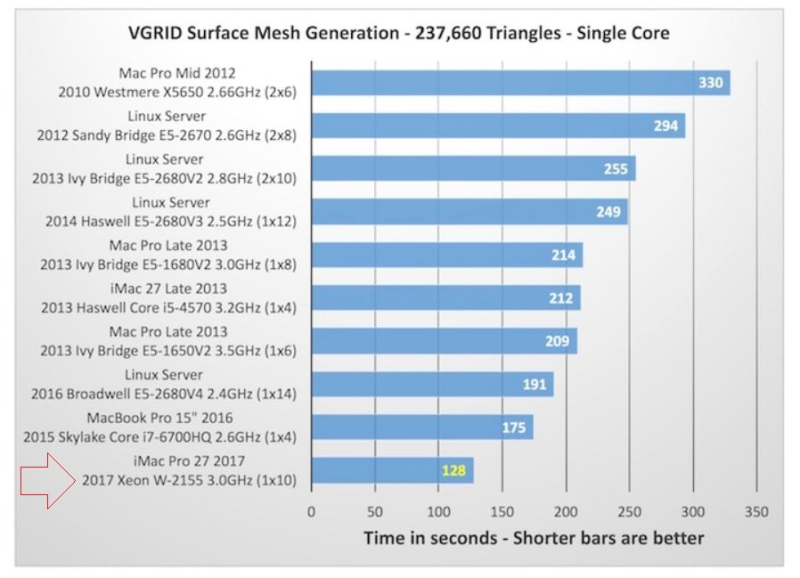 In respect to software development, Hunter noted that " Most of my apps have around 20,000-30,000 lines of code spread out over 80-120 source files (mostly Obj-C and C with a teeny amount of Swift mixed in). There are so many variables that go into compile performance that it's hard to come up with a benchmark that is universally relevant, so I'll simply note that I saw reductions in compile time of between 30-60% while working on apps when I compared the iMac Pro to my 2016 MacBook Pro and 2013 iMac. If you're developing for iOS you'll still be subject to the bottleneck of installing and launching an app on the simulator or a device, but when developing for the Mac this makes a pretty noticeable improvement in repetitive code-compile-test cycles." You could read more of Hunter's in-depth iMac Pro review here.

Apple is also extending 360-degree VR video support to Final Cut Pro companion apps, Motion and Compressor. Today, with more than 2 million seats, Final Cut Pro X is the most popular version of the software ever and is used by professional video editors to create incredible works of art, from award-winning Hollywood feature films and commercials, to international broadcasts and the world’s most popular YouTube videos.

Patently Apple posted a patent report in October titled "Apple Invents a 360° Head-Mounted Display System that Relates to Post-Production of VR Applications." This is now a patent fulfilled by Apple's announcement today. 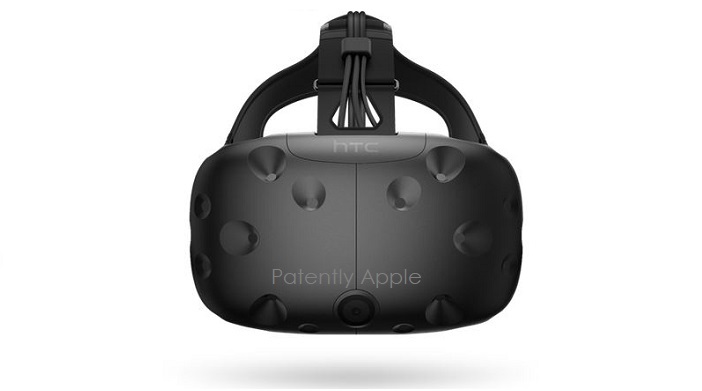 Final Cut Pro lets professional editors create VR content with the ability to import, edit and deliver 360-degree video and view the project in real time through a connected HTC VIVE headset with SteamVR. Users can easily add 360-degree titles in 2D or 3D; apply blurs, glows and other immersive effects; and use visual controls to straighten horizons or remove camera rigs from equirectangular videos. Standard photos and videos can also be added to VR projects and 360-degree video can be shared directly to popular websites including YouTube, Facebook and Vimeo.