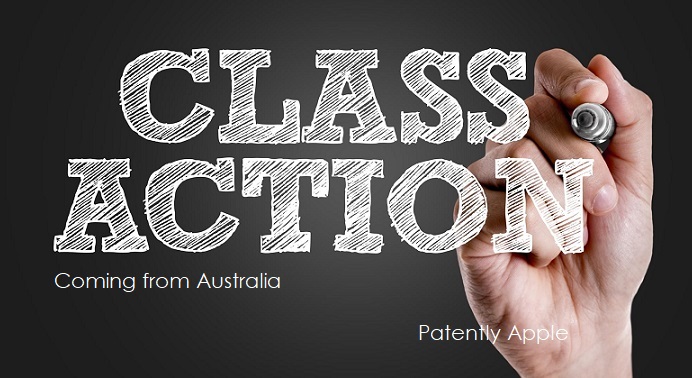 In our report covering the 10th Class Action against Apple an Australian reader commented that "In Australia a product must be of acceptable quality and must continue to function for the full duration of the contracted period or even longer if item is considered above average market value compared to similar items. Apple will be forced without a doubt to repair/replace or make good on all effected devices going back two and a half years. You can bet your sweet ass on that. No company can impose warranty terms in Australia that negate consumer law – Period!" Well, we're about to see an Australian law firm launch a class action lawsuit in 'early 2018,' according to a new report posted by Australia's The New Daily.

The report noted that The Australian 'Shine' law firm is touting it will be the largest-ever class action filed in Australia. In part of its investigation, Shine alleged Apple's behavior 'misled' consumers into believing their iPhones were malfunctioning and caused them to upgrade to newer, more expensive models.

Saddler noted that "Corporate deception is a serious and punishable offense. Apple, by its own admission, has misled millions of consumers globally into believing that their iPhones were malfunctioning, causing them to upgrade to newer and more costly devices."

However, a leading software development expert says it may be difficult to prove that Apple slowed down these phones to increase sales." You could read more about this story here.

While the class action lawsuits against Apple began hitting the courts in the U.S. last Friday, it's now rapidly spilling over to other countries such as Israel, France, South Korea and Australia with no end in sight.

While the Australian law firm claims it'll be the largest-ever class action, it's likely not come close to touching the $999 billion class action lawsuit filed last week by Violetta Mailyan of California.