Last month Patently Apple posted a report titled "Work on Apple's First Flagship Store in a Trendy Shopping District in South Korea Could be completed by Late December." A follow-up report posted on Monday noted that sources were thinking that the Apple Store would likely be pushed into Q1 2018.

Today Patently Apple discovered a report from the Korean publication etnews that posted a report in Korean and not on their English version of the site that claims that Apple's Angela Ahrendts is scheduled to be at the Korean Apple Store's grand opening scheduled for December 30th, shy of unforseen circumstances. With tensions running high with North Korea, that's understandable.

The report further noted that Apple has signed a long term lease until February 2036. The store is divided into main and lower levels and is 14,000 square feet. 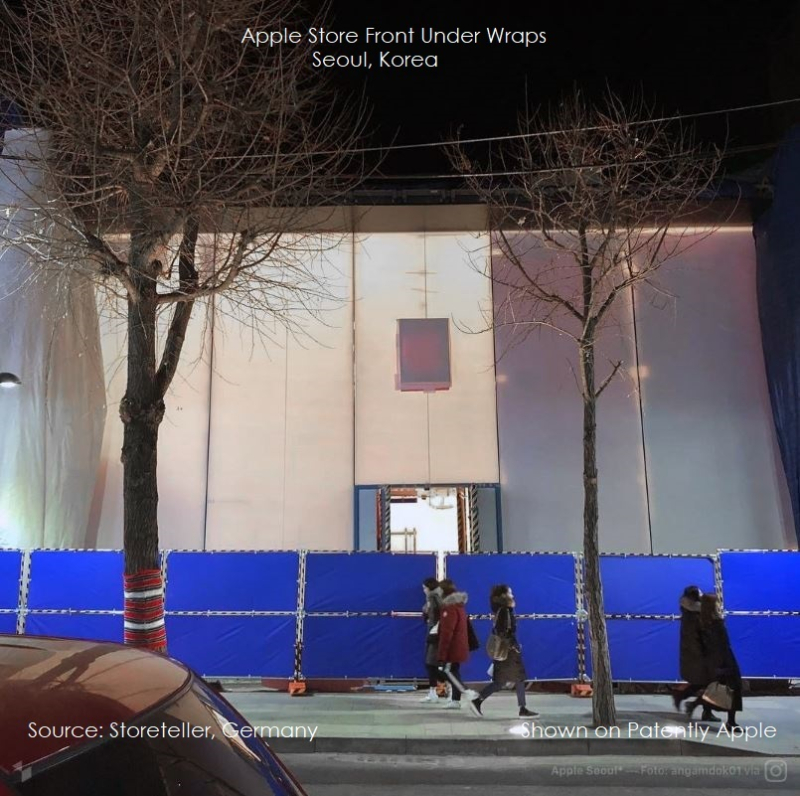