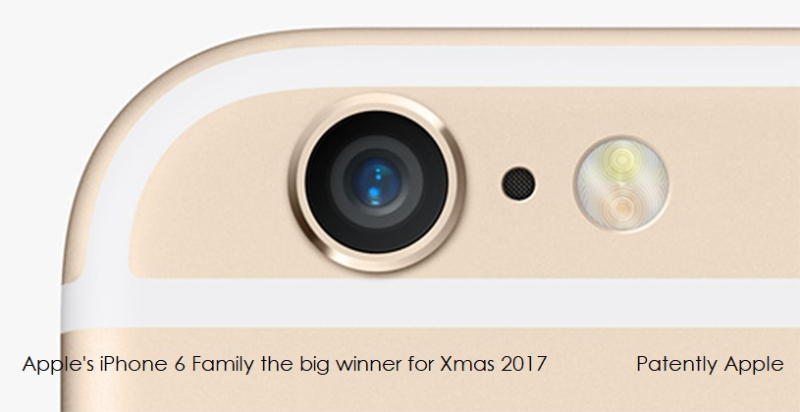 Earlier today Patently Apple posted a first statistical report titled "Apple Took the Lion Share of Smartphone Industry Profits in Q3 2017 at Close to 60%." In this second statistical report we cover Flurry Analytics report published today that covers smartphone and tablet holiday activations. Once again Apple has dominated the holiday sales and activations by a fairly large margin as noted in our first chart below. 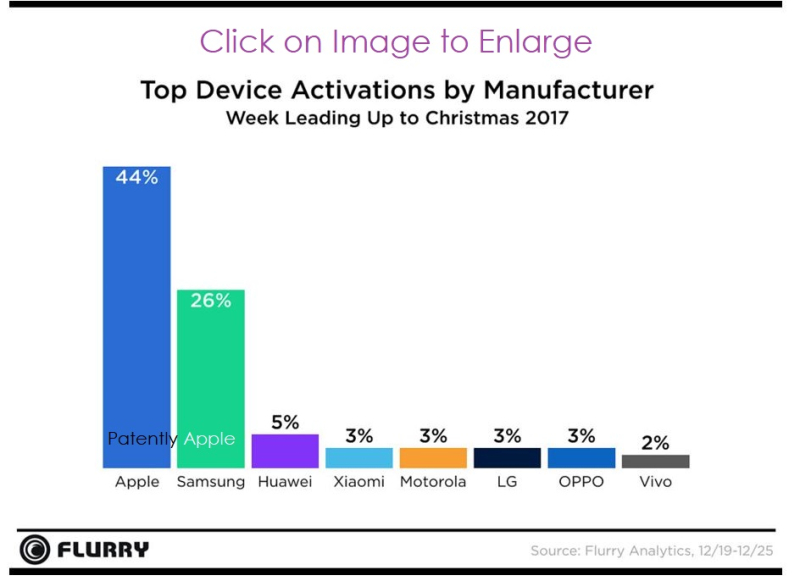 With all of the smartphone OEM's battling it out with new models, it would appear that Apple and Samsung walked away the winners with 44% and 26% respectively. Cocking Google was handed bad news that their Pixel 2 didn't even make it on the top vendor list wih Vivo being in last place with a measely 2%. Google with their snobbery about being the AI leader got their head handed to them over the holidays.

Single iPhone Model stats: Flurry's next chart presented below breaks down iPhone model activation statistics for Christmas 2017 by model type. In this segment, Apple's iPhone 7 model rang in as the top single model mover with the iPhone 6 being a close second. Rounding out the top three was Apple's iPhone X. 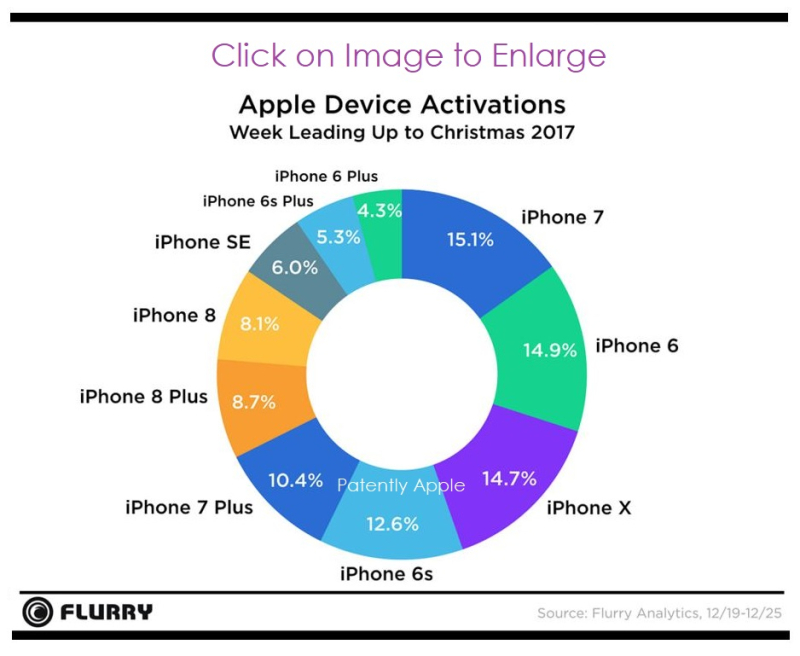 In the last Flurry chart noted below they cover the breakdown of holiday activations for Apple devices by form factor. Here we're able to see that the shift of the Phablet or 'Plus' Models took the lead by a large margin over last year by growing 16% over the smaller iPhone models. The iPhone SE is going to sport a larger display in 2018 and we can see why coming in with a measly 1% of activations. It's probably why Amazon is having a fire sale of that model in India.

Another obvious trend that we could see from this last chart is that smaller iPad sales/activations are decreasing as iPhone Plus models increase. Larger iPad models have remained stagnant over the last year in the 8-9% even with the advances from the iPad Pro. Without the iPad Pro, we may have seen the activations cut in half like the smaller iPads.

All in all, the Flurry analytical stats provides us with a nice annual look at the trend for the year. It tells us that Apple is still leading and fans are happy with Apple's iPhone evolution; that Google is still a loser in smartphones; that the Chinese smartphone OEMs can't touch Apple's successful aura and that small iPads are all but dead as a category.

For the record: Flurry Analytics is owned by Oath and is used by over 1M mobile apps and has insight into 2.1 billion devices worldwide. Oath Inc. is a subsidiary of Verizon Communications that serves as the umbrella company of its digital content subdivisions.