Beyond design patents, our report focuses on a single key patent relating to Future device displays such as those found on an iMac, MacBook Pro and/or Television that could use infrared light to detect a user's presence and even play a role in facial recognition which is bound to be extended to other Apple hardware beyond iPhone X over time. We wrap up this week's granted patent report with our traditional listing of the remaining granted patents that were issued to Apple today.

Granted Patent: Display with Windows for Visible and Infrared Components

A visible light camera or other component can be awakened upon detection of the presence of a user or other suitable actions may be taken.

Components #62 (FIG. 6 below) may include visible-light components and/or infrared-light components. For example, components #62 may include a visible image sensor #40 which may be part of a visible-light camera (e.g., a camera with a resolution sufficient to capture digital images of users in the vicinity of device #10 (FIG. 7 below, display) for functions such as videoconferencing, face detection, etc.). Lenses #38 may be used to focus light onto the image sensor #40 and/or may form parts of other components # 62.

As noted below, the main device in Apple's granted patent focuses on an iMac and possible future television amongst other devices like a future MacBook Pro. The display could be mounted on to a wall. 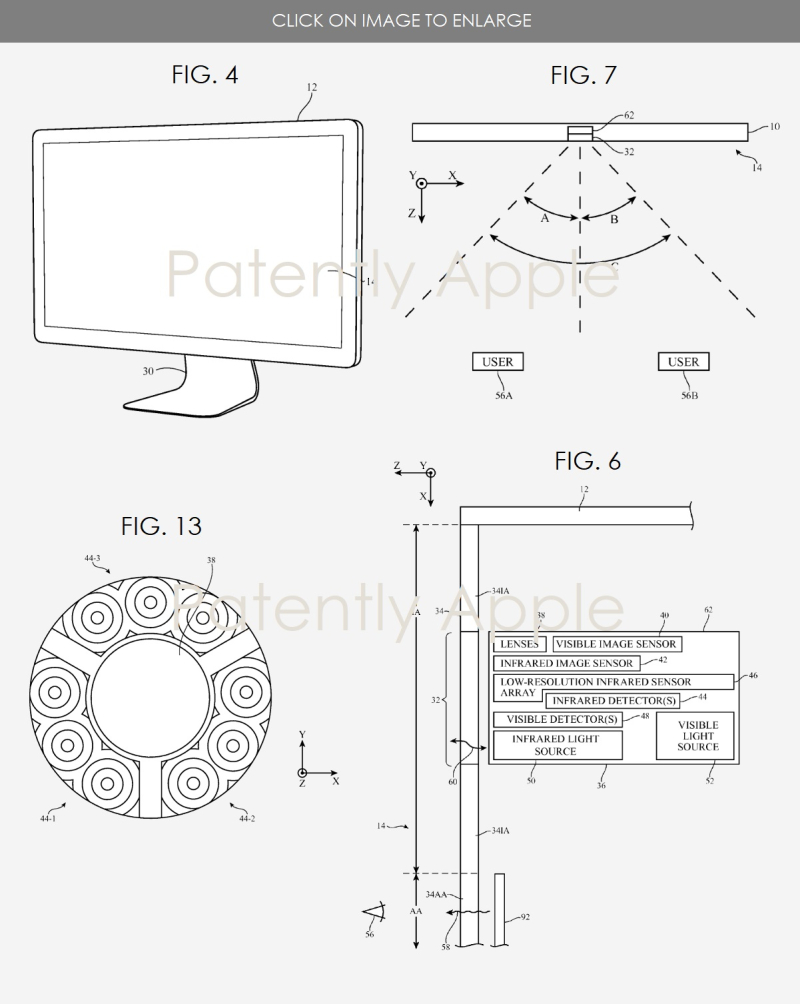 Apple's patent FIG. 6 is a side view of an illustrative electronic device having a display and a light-based component mounted in alignment with a window in the display; FIG. 7 noted above is a top view of an illustrative display having light-based components for monitoring one or more users in the vicinity of the display through a window; and FIG. 13 is a diagram showing how multiple light sensors such as infrared light sensors may be mounted in a ring that surrounds a lens for a visible light camera.

Apple's granted patent was originally filed in Q2 2015 and published today by the US Patent and Trademark Office. One of the inventors is noted as Apple's Director of Camera Hardware, Matt Waldon who came from Lockheed Martin Space Systems. Another inventor, Micah Kalscheur worked on a number of Apple patents relating to light beams and image sensors. As a side note, Apple's context of "face detection" in their 2015 patent filing could now relate to Apple's new Face ID introduced with iPhone X.

Apple was granted 6 design patents today covering with the most interesting being Apple Watch, an Apple Store Chair, an Apple Watch Store Stand and the Apple TV Remote. 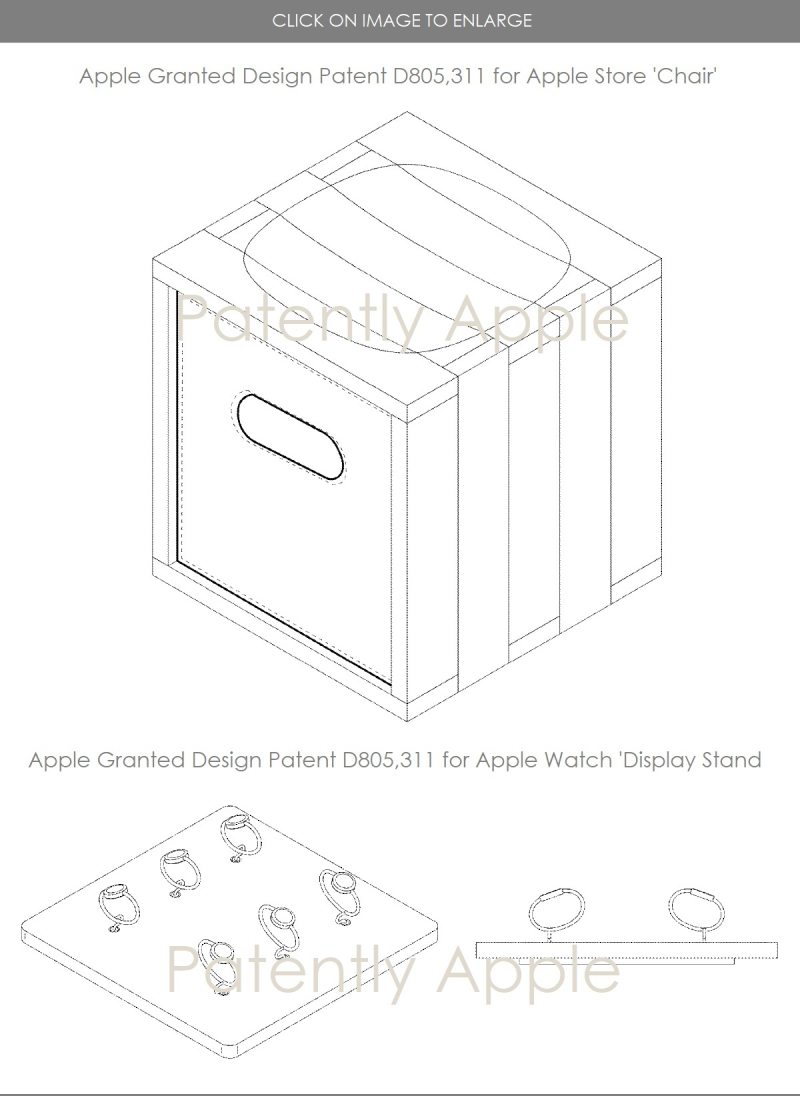 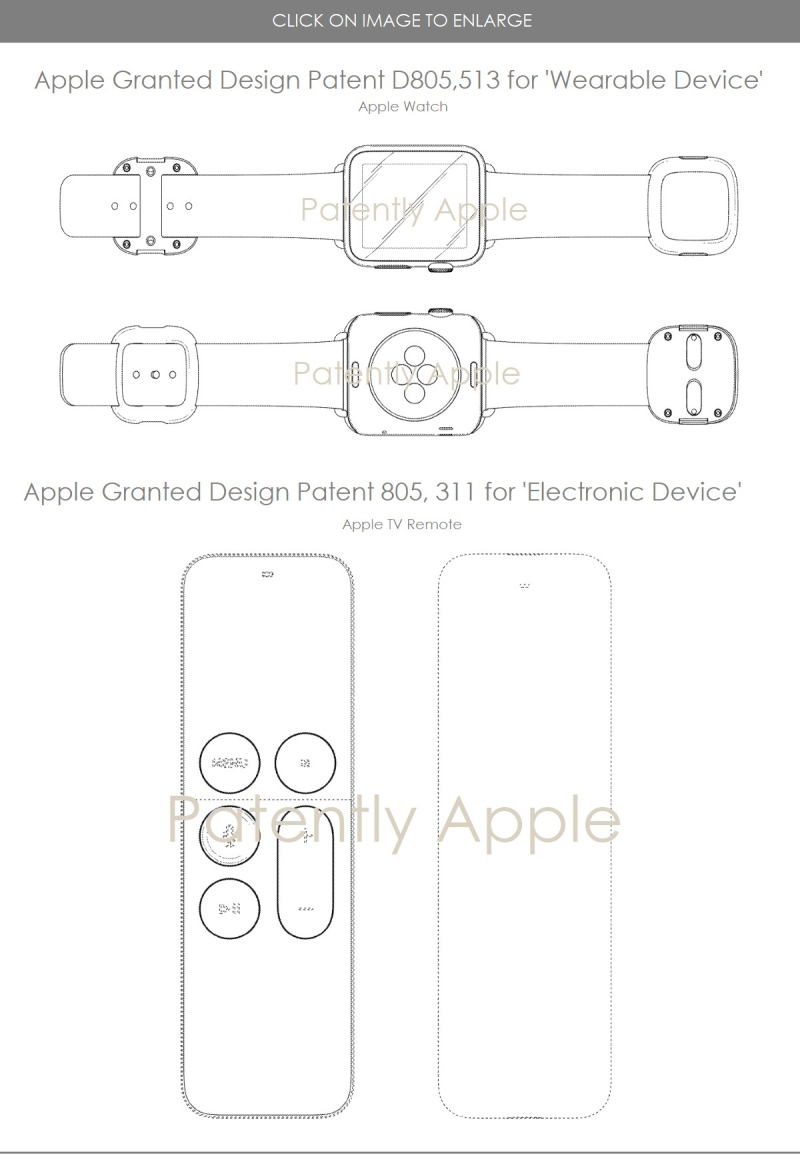 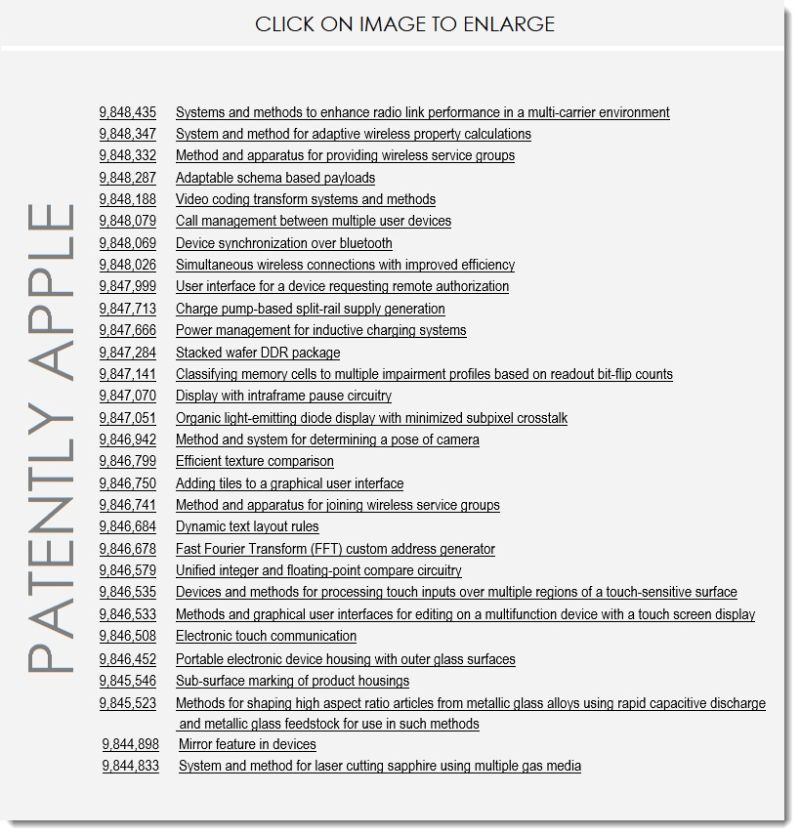