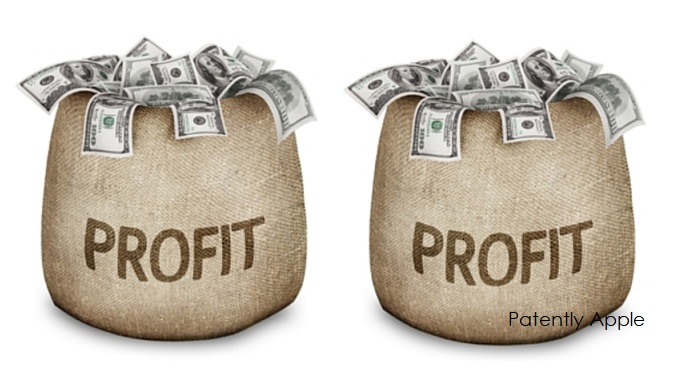 While Apple's take of smartphone Industry profits has been falling in 2017, in Q3 they still were still able to take the lion's share of profits at close to 60% as noted in the chart below from Counterpoint. Samsung came in second with a distant 25.9% share of profits. The so-called smartphone 'leaders' in China are clearly only leaders in volume of shipments because Huawei, Oppo and Vivo combined only accounted for 12%. China's number one smartphone maker, Huawei, only accounting for 4.9%. 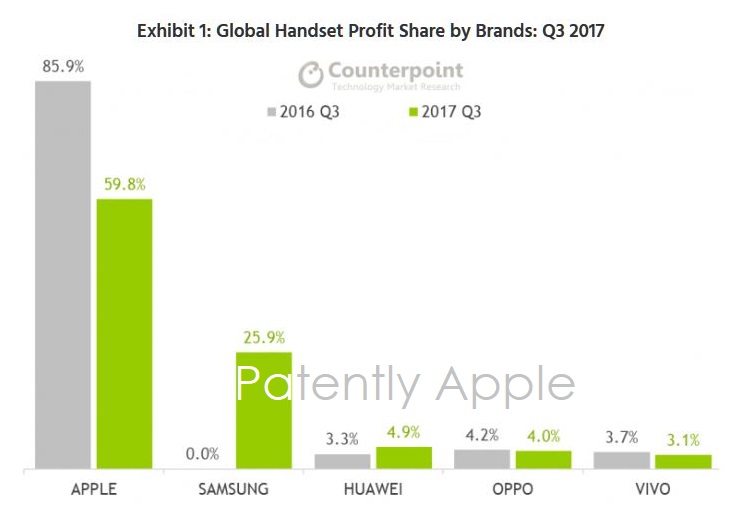 Counterpoint's Research Director, Neil Shah, added to the report by stating that "Apple continued to command lion share of mobile handset industry profits capturing almost 60% share. However, this is down from 86% share in the same quarter last year."

Shah added that "Apple still generates more than US$150 profit per iPhone sold and this will continue to grow into the holiday season quarter buoyed by the high price iPhone X series. Our recent channel checks across key Apple markets showed, the demand for the 256GB version of iPhone X is higher which will boost Apple's profits even higher." 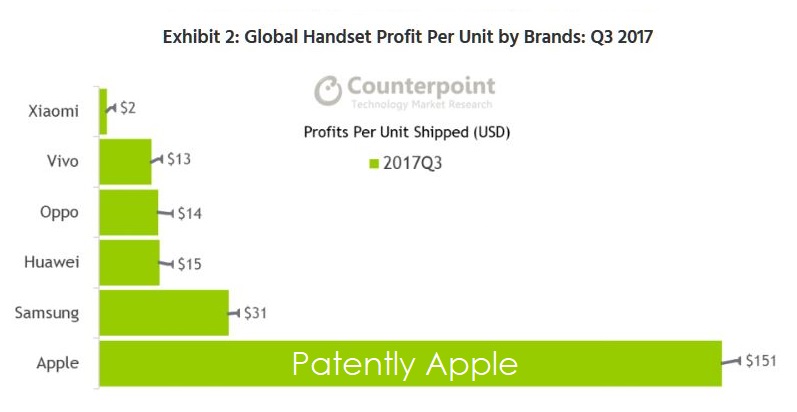 There was a single point of interest for the Chinese smartphone vendors. According to Counterpoint Associate Director, Tarun Pathak, "This is the first time ever when the cumulative profits of Chinese brands crossed US$1.5 Billion for the first in a single quarter.