Home Archives Contact Us Subscribe Twitter MeWe Facebook Patently Mobile
Apple Continues to get nothing but Resistance from the Indian Government
Apple Supplier Foxconn Announces a Smashing Revenue Record for November, their Highest in History 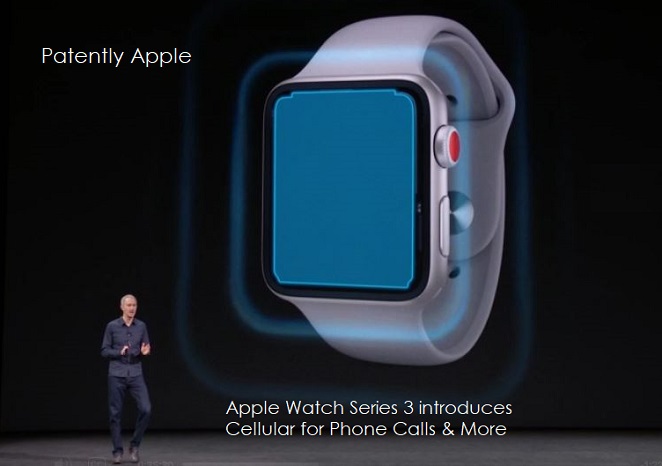 A new supply chain report published this morning states that shipments of Apple Watch 3 are expected to surge 20% on year to reach 23-25 million units in the coming year, which will greatly benefit Taiwan players in the supply, particularly backend packaging and testing service providers, according industry sources.

The sources said that Universal Scientific Industrial (USI), an affiliate under the Advanced Semiconductor Engineering (ASE) group, saw its revenues for November 2017 soar 23.89% on year to hit a new monthly high of CNY3.193 billion (US$482.81 million), due mainly to fulfilling SiP (system in package) orders for Apple Watch 3.

The ASE group is responsible for packaging and testing radio frequency, Wi-Fi and MEMS chips for iPhone and Apple Watch devices, and is expected to score record quarterly revenues in the fourth quarter of 2017, the sources said.

The sources said that Apple Watch 3 is increasingly popular in the consumer electronics market along with its incorporating physical exercise and personal health passport functions, with its overall shipments likely to hit a new high of 25 million units in 2018.

Meanwhile, ShunSin Technology, an IC packaging and testing arm of the Foxconn Group, is also reportedly actively vying for SiP orders for new 2018 Apple Watch models, although Apple is not likely to change its order allocation in the coming year, the sources said. But ShunSin will have a chance to win the orders in 2019, when Apple is expected to diversify the SiP modules packaging and testing orders to more players to digest a sharp increase in demand for such modules, the sources predicted.