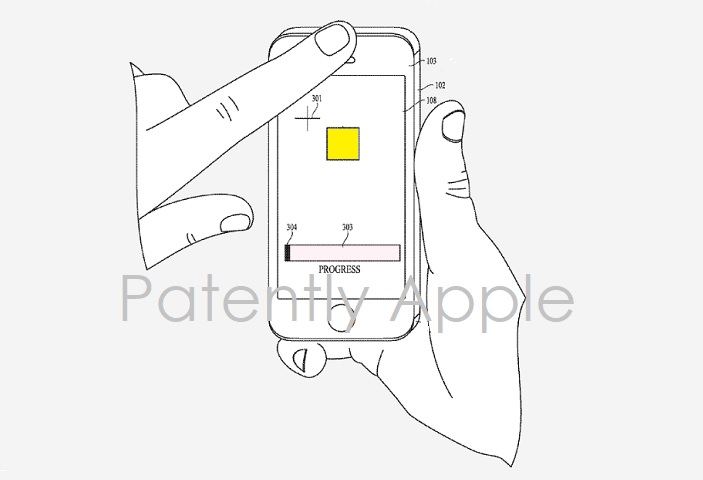 Apple has been working on making iOS devices a positive tool for health for some time now. Apple's Health App has been simple and yet convenient for millions of users. Apple Watch series 3 introduced the Heart Study App and last month the FDA approved a new EKG Reader in the form of an Apple Watch Band that detects abnormal heart rhythm and AFib. 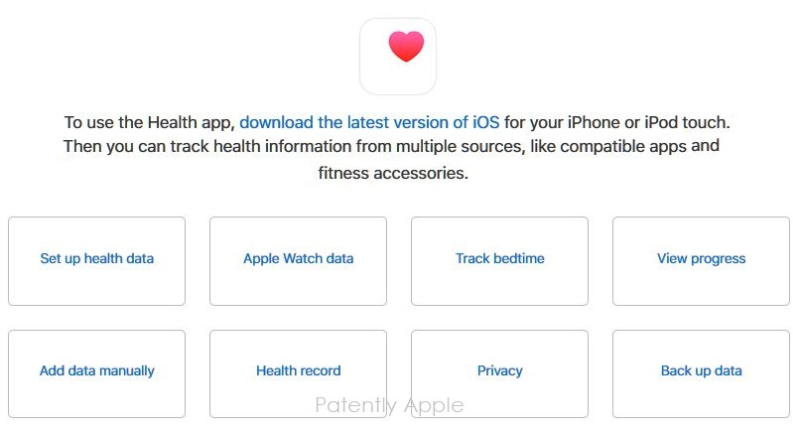 Yesterday the US Patent & Trademark Office published a patent application from Apple that shows us how they want to take the iPhone to the next level for health as it relates to allow users to measure their vitals.

To accomplish this goal, Apple invention covers systems, apparatuses, and methods related to an iPhone (iPad, Apple Watch etc) that computes health data. The device may include a camera, an ambient light sensor, and a proximity sensor. The electronic device may use one or more of the camera and the proximity sensor to emit light into a body part of a user (such as a finger, and ear, and so on) touching a surface of the electronic device.

In various implementations, the camera, ambient light sensor, and proximity sensor may be positioned such that they are all at least partially covered (and/or contacted) by the user's body part at the same time, such as when the health data is computed. In one or more implementations, the electronic device may also include electrical contacts.

In some embodiments, the two body parts are the user's left and right hands and the electrical measurement corresponds to an electrical property that is measured across the user's chest.

In some implementations, the electronic device may utilize the camera to determine the user's body part is misaligned with the camera, the ambient light sensor, and the proximity sensor for purposes of detecting the information about the body part of the user. In such implementations, the electronic device may provide guidance (such as visual, audio, haptic, and/or other guidance) to correct the misalignment.

The guidance system to ensure alignment can be seen in patent FIG. 3 below. 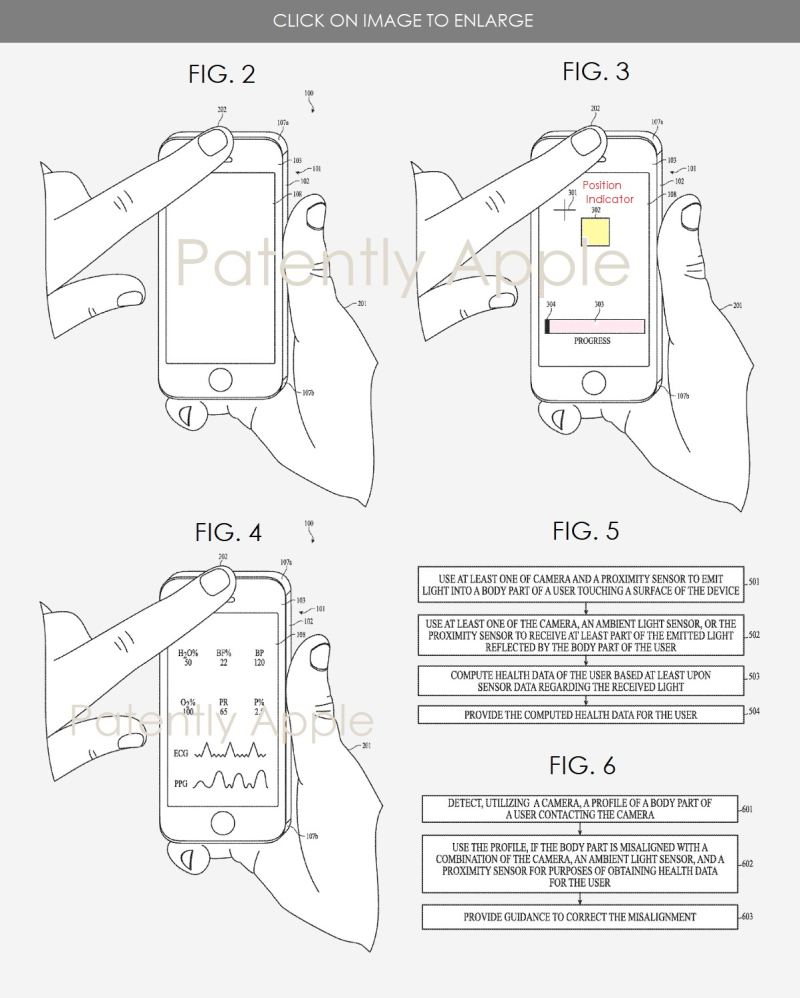