Home Archives Contact Us Subscribe Twitter MeWe Facebook Patently Mobile
Apple has won a Patent for a Unique OLED Display that could detect a Fingerprint for ID Purposes and more
Top Tech Disappointments of 2017 from Google, Amazon, Apple and others 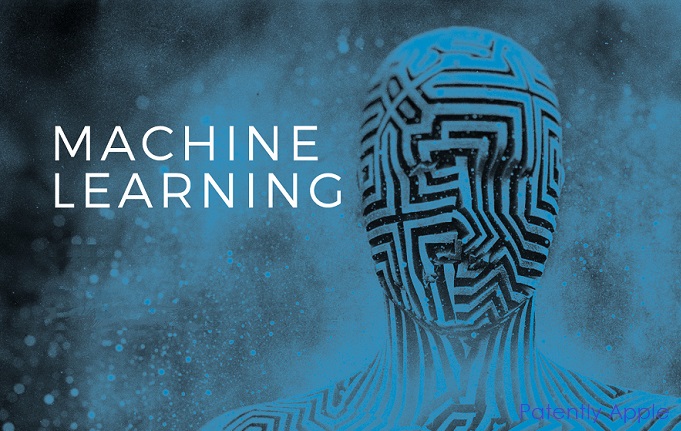 After Apple's World Wide Developer Conference (WWDC) in June, they began to publish a Machine Learning Journal which currently provides readers with 8 issues to review as noted below: 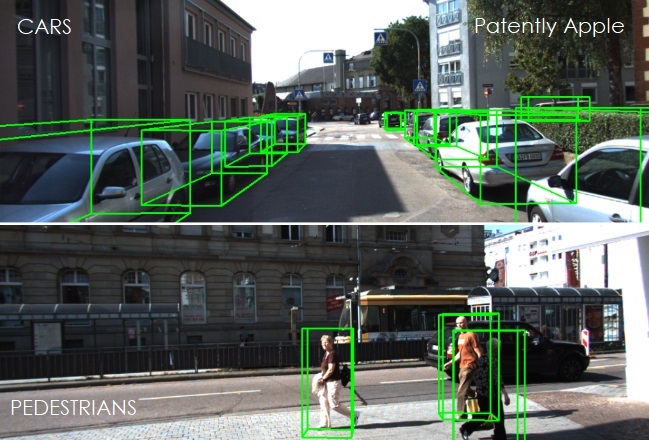 On November 22 Patently Apple posted a brief report covering the publication by Apple's Senior AI Researcher Yin Zhou and Machine Learning Research Scientist Oncel Tuzel on how self-driving cars could better detect pedestrians and cyclists while using fewer sensors. A PDF of their full Paper titled, "VoxelNet: End-to-End Learning for Point Cloud Based 3D Object Detection," could be accessed here. The graphic illustrated above is from that paper.

The attendees had had signed up for a free lunch and peek at how Apple uses machine learning, a technique for analyzing large stockpiles of data. He discussed projects using data from cameras and other sensors to spot cars and pedestrians on urban streets, navigate in unfamiliar spaces, and build detailed 3-D maps of cities.

Wired magazine who covered Apple's presentation noted that "other projects that Salakhutdinov had discussed don't appear to have been previously disclosed. One created software that identifies cars, pedestrians, and the driveable parts of the road in images from a camera or multiple cameras mounted on a vehicle.

Another project Salakhutdinov discussed involved giving software moving through the world a kind of sense of direction, a technique called SLAM, for simultaneous localization and mapping. SLAM is used on robots and autonomous vehicles, and also has applications in map building and augmented reality.

Yet another project used data collected by sensor-laden cars to generate rich 3-D maps with features like traffic lights and road markings. Most prototype autonomous vehicles need detailed digital maps in order to operate. Salakhutdinov also mentioned work on making decisions in dynamic situations, a topic illustrated on his slides with a diagram of a car plotting a path around a pedestrian."

As a side note, Apple acquired a company back in 2013 with expertise in SLAM for indoor mapping called WifiSLAM.

The Wired report further noted that "The AI talent shortage was a primary reason for Apple's event Friday, which attracted people from top universities such as MIT and Stanford, and companies including Alphabet and Facebook.

Carlos Guestrin, Apple's director of machine learning, and a professor at University of Washington, spoke about the powerful computer systems and large datasets available to machine-learning engineers who join the company.

He won applause by announcing that Apple is open sourcing software to help app developers use machine learning first developed at his startup Turi, acquired by Apple last summer."

For more on this, read the full Wired article here. The shortage of talent in this field now has Apple going to Indian universities this month to seek out new talent, with 350 students already signed up to attend.