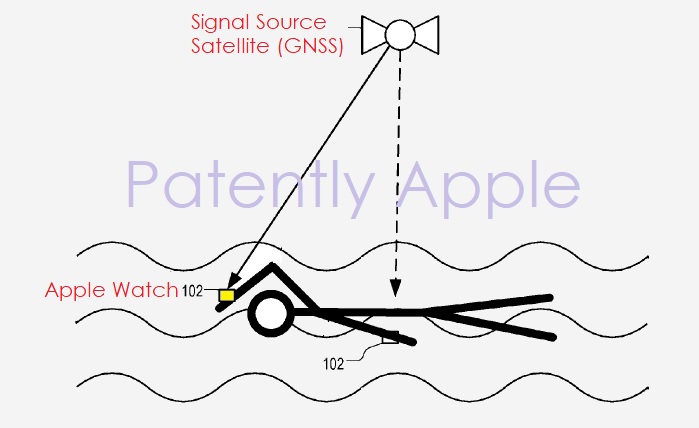 Today the US Patent & Trademark Office published a patent application from Apple that relates to methods, systems and computer program products for radionavigation for swimmers using an Apple Watch. 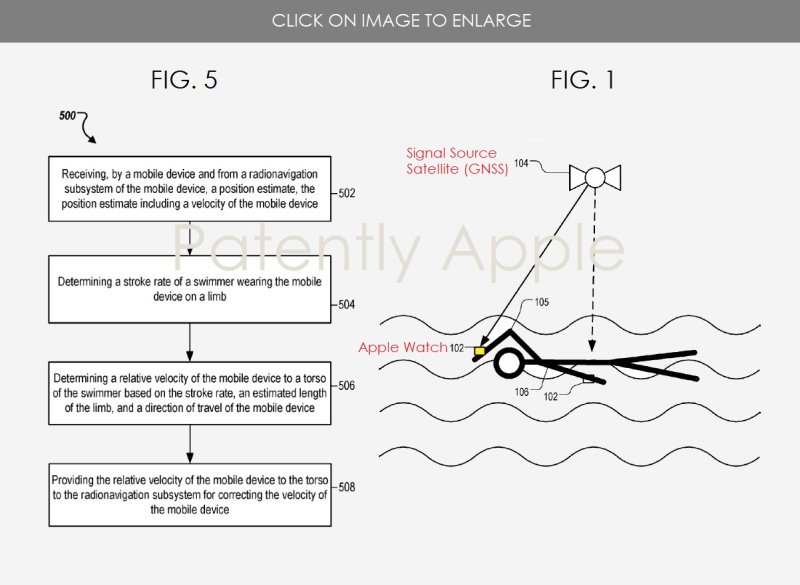 In particular, the Apple Watch could estimate PVT using RF signals from one or more signal sources #104 that could be transmitters on satellites of a global navigation satellite system (GNSS).

In various implementations, signal sources could be wireless access points (APs) of one or more wireless local area networks (WLANs), cellular towers, or other beacons that emit RF signals. The latter could be used for indoor swimming where such APs may exist.

A swimmer could wear their Apple Watch on a limb while swimming. The swimmer could swim in various styles where the limb (and thus the mobile device) is above water periodically.

For example, the swimmer could perform a crawl stroke, butterfly stroke, or backstroke, while the Apple Watch on their wrist. At some portions of the stroke, e.g., at position #105 (of FIG. 1), the Apple Watch is above water and could receive RF signals.

Apple's patent then explains how to correct the velocity component of the PVT estimate with a mathematical solution, too complicated for this report. 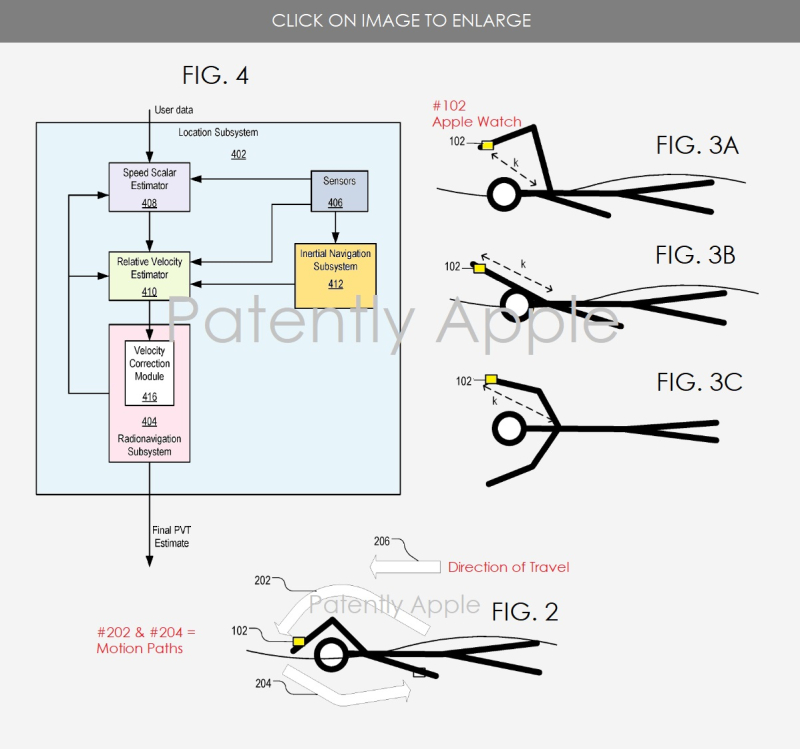 For more details on this invention, see Apple's patent application #20170357007 which was filed back in Q2 2016. Considering that this is a patent application, the timing of such a product to market is unknown at this time.