Home Archives Contact Us Subscribe Twitter Facebook Patently Mobile
The First Apple Patent Regarding Autonomous Vehicle Navigation was published today by the U.S. Patent Office
In the Blink of an Eye, Apple's Admission of Slowing Batteries on Older iPhones turns into a Class Action Lawsuit 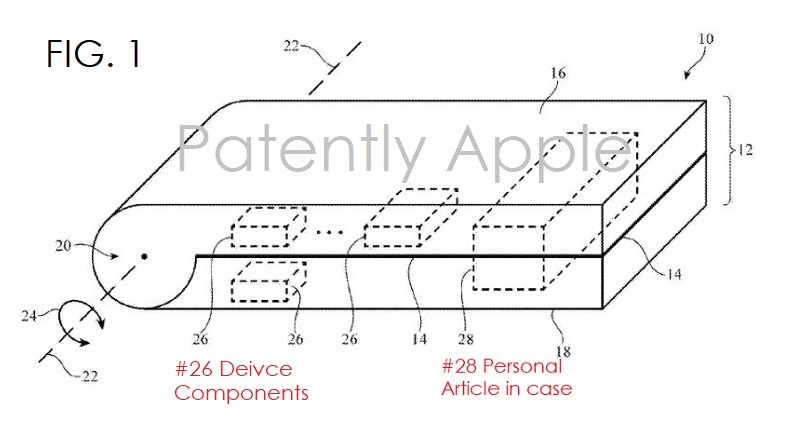 Today the US Patent & Trademark Office published a patent application from Apple that relates to fasteners, and, more particularly, to magnetic fasteners in relation with a case, cover and/or bag. The context in many examples point to a possible future MacBook case or carry bag.

An enclosure may have an interior that receives personal articles, circuits and other device components, or other objects as is noted in patent FIG. 1 which is our report's cover graphic. The interior of a container such as a bag may be accessed from outside the body of the enclosure when the seam is opened.

They system may also apply to a system in an automobile or form part of an item of furniture. The personal 'articles' are further described as keys, a wallet, glasses, etc.