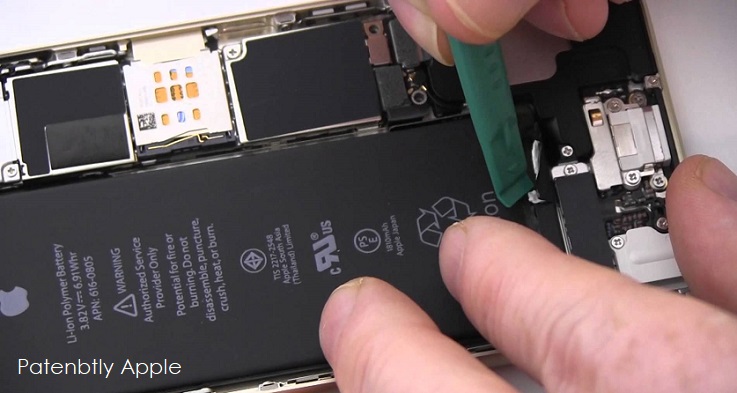 As the saying goes, when it rains it pours. Apple has been hit with a fifth class action lawsuit over the slowing battery issue by Nicole Gallman who filed it in the Northern District Court of California on Friday.

The complaint reads in-part "Plaintiff and Class Members are Apple iPhone users. Many Class Members are not new to the iPhone franchise, but are loyal followers of Apple, having purchased various iterations of the mobile device. Because Apple failed to informed consumers that the performance issues were artificially caused by the iOS update in conjunction with an older (but still perfectly functional) battery, consumers were denied the opportunity to make an informed decision regarding whether to upgrade their device or instead simply replace the battery. Apple's failure to disclose the impact of the iOS update 10.2.1 (and the later iOS 11.1) and remedy the issues it produced (and purported to resolve) constitutes an unfair trade practice and breach of the covenant of good faith and fair dealing implied in Apple's contracts with Plaintiff and the class.

Later in the complaint the Plaintiff further noted that "This is a consumer protection action seeking injunctive relief and damages arising from Defendant's unlawful failure to inform consumers that updating their iPhone 6, 6S, SE or 7 (the "Legacy Devices") to iOS 10.2.1 (and/or later to iOS 11.2) would dramatically and artificially reduce the performance of the Legacy Devices.

Apple also failed to inform consumers that phone performance would be restored – by as much as 70 percent – if affected individuals simply replaced the phone's lithium-ion battery. Replacing the battery at an Apple store costs less than $100. The cost of the new iPhone X is over $1,000.

In the modern digital age, batteries "wear" over time. The lithium-ion battery used by Apple slowly diminishes its ability to hold a charge with time and use. However, normal lithium-ion battery wear does not reduce performance; a weakening battery has no effect on performance unless there is software that links the two. And that is precisely what Apple did.

In rolling out iOS 10.2.1, Apple claimed to "bug fixes and improve [ ] the security of [the] iPhone or iPad" and "improve [ ] power management during peak workloads to avoid unexpected shutdowns on the iPhone." What Apple purposefully failed to disclose, however, was that the update would act as a latent time-bomb that slowly eroded the phone's performance to the frustration of the user – the software update throttled the handset's performance.

The effect of Apple's actions was to a) purposefully reduce device performance with time, and b) deprive consumers of material information concerning the cause of the decline in performance of the Legacy Devices.

Plaintiff and the Class she seeks to represent in this lawsuit are consumers who purchased the Legacy Devices and installed the relevant upgraded operating system software. This lawsuit is brought to challenge Apple's unfair business practices under California's Unfair Competition Law, Cal. Bus. & Prof. Code § 17200. Plaintiff also brings a claim for breach of the implied covenant of good faith and fair dealing under California law. Plaintiff requests that the Court find Apple's business practices constitute unfair competition and enjoin Apple from engaging in similar conduct in the future. Plaintiff further requests that the Court order Defendant to: pay civil penalties pursuant to Cal. Bus. & Prof. Code § 17206; provide restitution to the Class of all money that may have been acquired by means of their unfair practice; and pay attorney's fees and costs of litigation.

First Cause of Action: For Violation of California's Unfair Competition Law

Second Clause of Action: For Trespass to Chattels

Third Cause of Action: For Breach of Covenant of Good Faith and Fair Dealing

The class action case presented in today's report was filed in the California Northern District Court, San Jose Office. The Presiding Judge in this case is noted as being Judge Nathanael M. Cousins.