Apple Fine-Tunes one of their Head Mounted Display Inventions 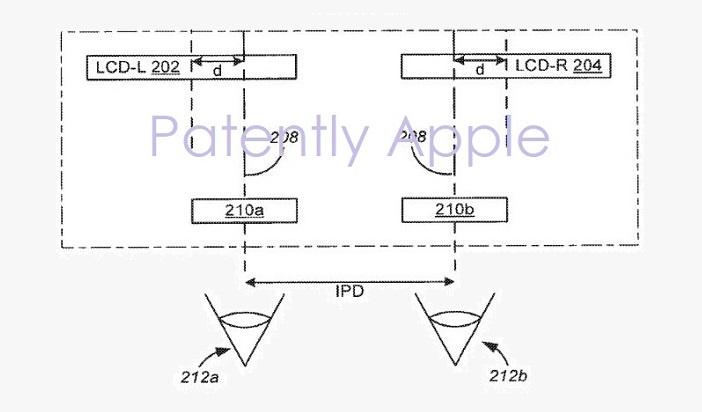 Today the US Patent & Trademark Office published a patent application from Apple that relates to a head mounted display systems for watching movies and TV content, virtual imagery and a hint that the HMD could also be used for a future medical application.

By using larger displays inside the HMDs and recreating each image displayed on each display as each eye would typically see it, a wider field of view and increased viewing comfort is achieved. Various embodiments of the invention allow users to customize different viewing parameters of the head mounted displays to accommodate for individual user variation in the users' eyes. 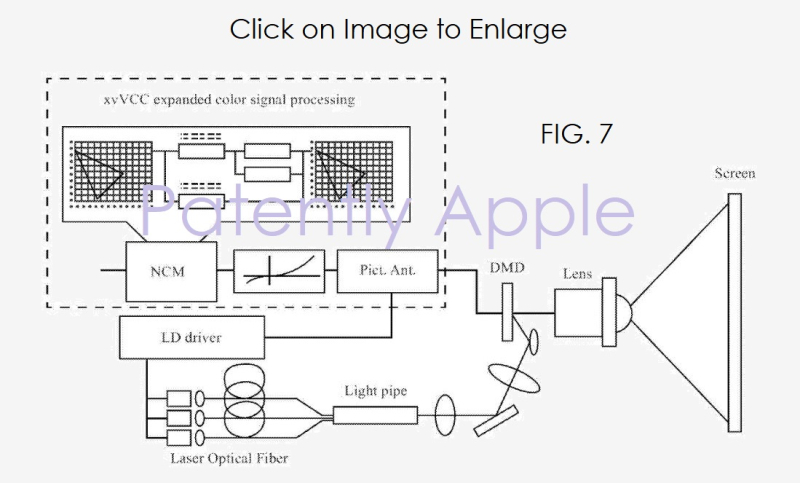 Apple's patent FIG. 7 shows a schematic view of a laser system that can be used with Head Mounted Displays (HMDs).

Our cover graphic illustrates patent FIG. 2 which shows a schematic view of the placement of the displays relative to the user's eyes in a HMD with two displays (left and right lenses).

According to Apple, the effect of having larger displays compared to conventional HMDs is that the image fills the entire field-of-view for the user and makes use of the user's peripheral vision, similar to what the user experiences in a Imax or Omnimax movie theaters. Another side effect of translating the images is that a stereoscope-like effect is obtained, in which the user perceives the images as having greater depth than what is currently possible in conventional HMDs.

Apple's patent FIG. 5B illustrated below shows us a concave mirror arrangement, which also create a virtual image, but also folds the optical path. Apple doesn't explain why this figure shows the user's eye as being a "Patients" eye. Will there be a medical application? Only time will tell. 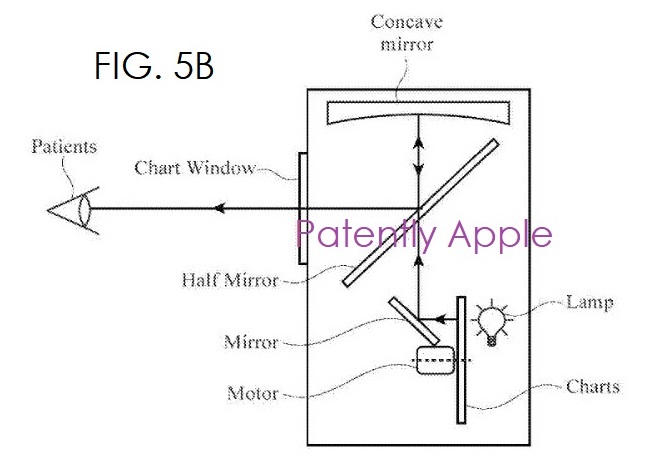 Apple was just granted this patent in May and the inventor John Tang has already fine-tuned the patent claims. You could compare today's patent claims with the original patent here.