Home Archives Contact Us Subscribe Twitter Facebook Patently Mobile
Finisar and Apple are transforming the future of Sherman Texas and Showing the U.S. Working Class a Little Respect
Apple Invents a Smart Home Outdoor Camera System to View and Communicate with those at your Front Door 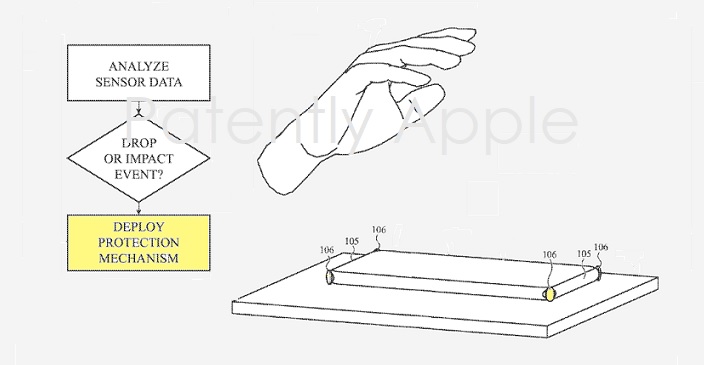 Apple has been working on ways to protect iDevices from a fall going back to 2011 when the iPad was first introduced. They won their first patent for this invention back in 2016. Another detailed patent for free fall protection was filed back in 2013. Today the US Patent & Trademark Office published another patent application from Apple relating to free fall protection covering "active surface protection."

Apple's invention specifically covers a portable electronic device that includes one or more bumpers that are operable to transition between a stowed position and a deployed position. 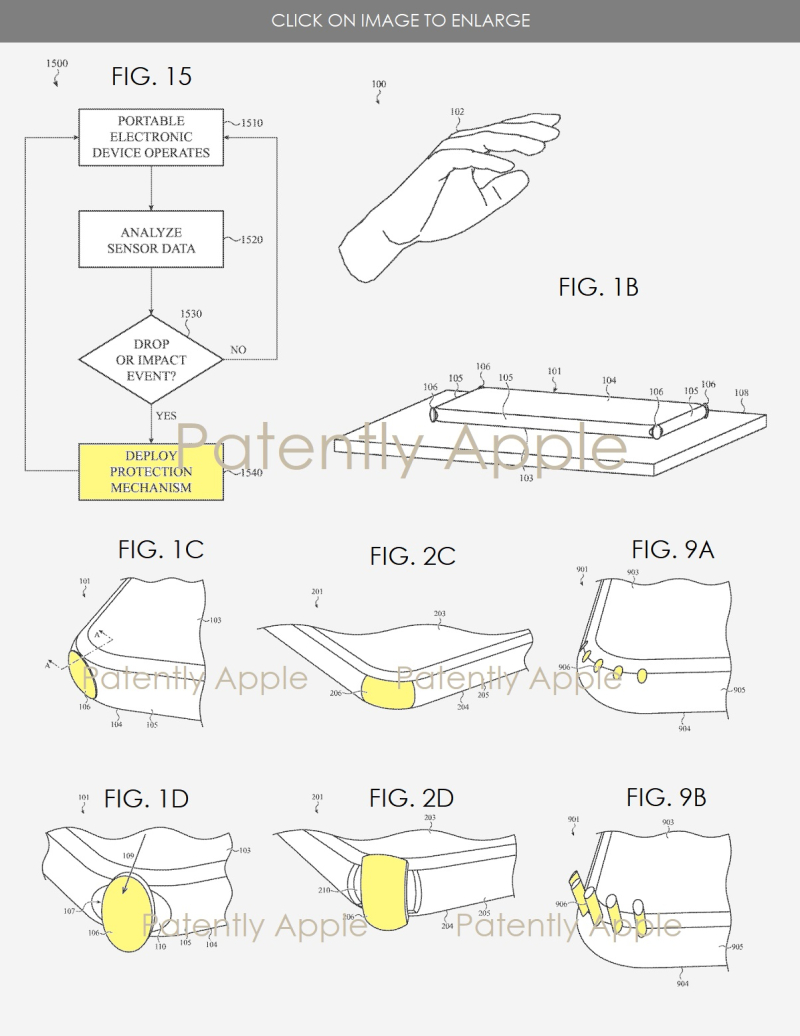