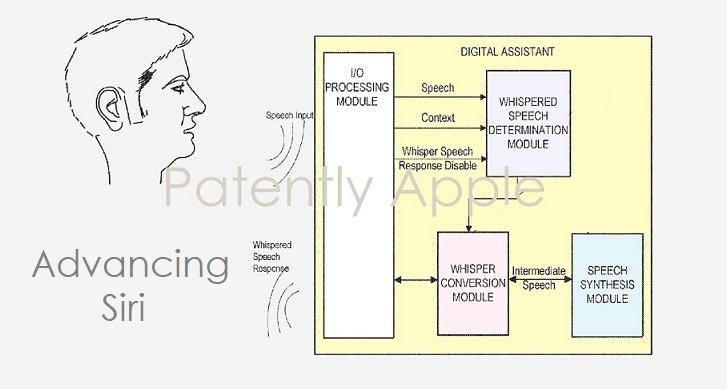 Way back in May of this year Patently Apple posted a report titled "Apple continues Work on Siri within Messages to assist users in Noisy Environments and more." The report noted that the U.S. Patent Office revealed more of Apple's work on Siri for Messages where users could interact with Siri via Messages if they're in a quite library or in a very noisy environment and still get Siri's assistance and more.

Yesterday the US Patent & Trademark Office published a patent application from Apple that is essentially advancing their earlier work on this project.

Beyond use in a library as noted in the initial report on this in May, Apple extends that line of thinking and states that being able to whisper a question to Siri and have it quietly respond could be handy when attending a meeting in a conference room with other meeting participants.

Apple's patent FIG. 8A noted below is one of the key patent figures that illustrates a block diagram of functions of a digital assistant that includes a Whispered Speech Determination Module, a Whisper Conversion Module and a Speech Synthesis Module. 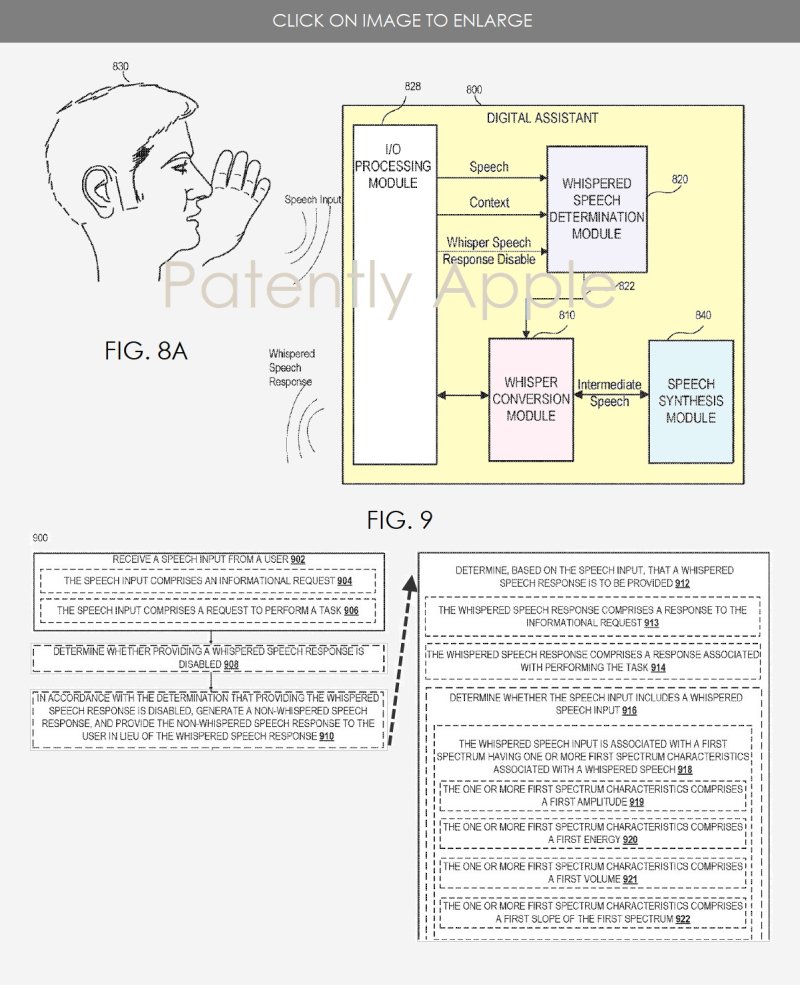