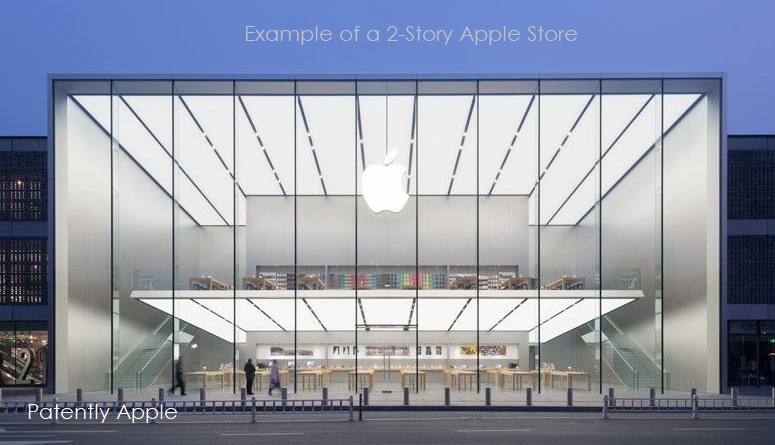 The talk of Apple seriously considering an Apple Store in South Korean was covered in our report posted in December last year. Then in early January of this year Apple confirmed that their first flagship store in South Korea was to open as early as the end of the year. The store's location will be in the hip Garosugil Shopping district. Today a Korean publication stated that "Apple's first flagship store in Seoul seems imminent as the construction work is set to be completed as early as next month."

The two-story Apple Store will be located on a 1,300 square-meter site in Sinsa-dong, a fashionable district in southern Seoul. The sleek new building will feature, among other things, an exterior glass wall.  Our cover graphic is only an example of an Apple store with that description, though the Korean store is likely to differ in various ways.

A construction agency official told local daily Chosun Ilbo that "The construction work that started in August is expected to be completed by Dec. 23," though hinting that the store could possibly slip into early in January, 2018.

The report further noted that Apple's first flagship store opening was delayed for about two months after Apple reportedly changed the building design at the last minute. Previously, the firm had planned to build a five-story building.

Local Korean Apple fans fully expect that the new Apple store will improve overall quality of after-sales service. They're also hoping the new store will mean having Apple send new iPhone models to Korea quicker than in the past.

The rivalry between Apple and Samsung is legendary and opening their first store in Samsung's backyard is likely just the beginning. With Seoul's population closing in on ten million, you could be sure that Apple will be eyeing other locations for future growth.

Apple is going to introduce local fans to their new in-store service called 'Today at Apple' where they could casually join in on training sessions cover things like iPhone photography, iPad creativity or sit in on a series of 'how-to- sessions. Apple is also likely to bring in local artists and musicians that will put on lively presentations or play some music to make the trendy store even cooler.

For the record, Samsung built a flagship store / event center in New York last year that's quite elaborate. You could check out their store in this report by the Verge.