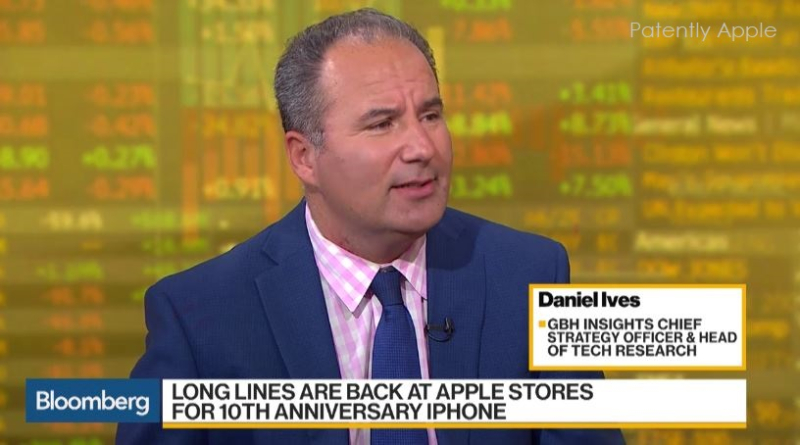 GBH Insight's Chief Strategy Officer & Head of Technology Research Daniels Ives tells Bloomberg business news that he sees 60 million iPhone users in China upgrading to an iPhone X over the next year, which has to be music to Apple shareholders.

In context with the iPhone X, Ives further noted that "this is the Super Bowl for Apple. Their growth, their margins, their cash over the next 18 to 24 months is really about this phone." Ives also noted that the September quarter was really a surprising blowout quarter that not even bulls saw coming with China being the star.