In a press release today Broadcom Limited, a leading semiconductor device supplier to the wired, wireless, enterprise storage, and industrial end markets, officially announced that it intends to initiate a redomiciliation process to change the parent company of the Broadcom corporate group from a Singapore company to a U.S. corporation.

Earlier today President Donald Trump announced the move at a White House forum, with Broadcom CEO Hock Tan who said "Thanks to you, Mr. President, business conditions have steadily improved. We are making America home again."

Broadcom Limited said it will legally relocate to the Pennsylvania area, (officially in Delaware) bringing $20 billion in annual revenue to the U.S. The White House, which made the announcement after Republicans released their overhaul of the tax plan, says this is the largest such move to the U.S. in decades.

"We will invest over $3 billion in research and engineering, and $6 billion in manufacturing, creating many high paying jobs," Tan said. 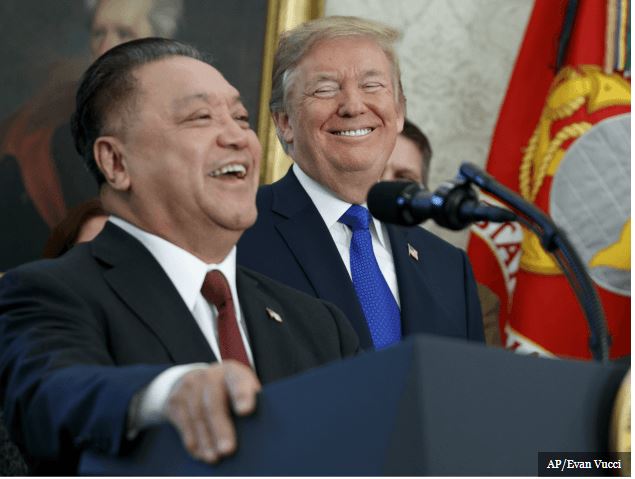 The company's CEO further noted that "We believe the USA presents the best place for Broadcom to create shareholder value. We expect the tax reform plan effectively to level the playing field for large multinational corporations headquartered in the United States and to allow us to go all in on U.S. redomiciliation.  However, we intend to redomicile to the United States even if there is no corporate tax reform."