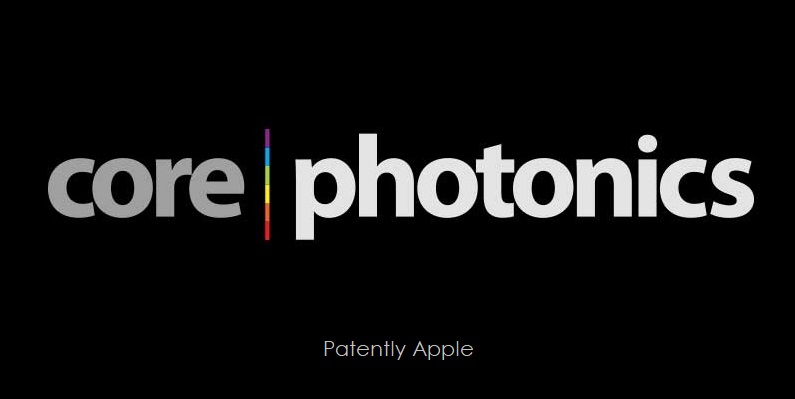 An Israeli company by the name of Corephotonics, who is collaborating with Samsung and backed by Foxconn, MediaTek and others, is suing Apple on four counts of patent infringement. As you could tell by the photo below, that was taken from the Corephotonics website, they're smartphone technology is based on the use of a dual lens camera that produces photos with the bokeh effect just as Apple introduced with their iPhone 7 Plus with dual lens camera.

The company was allegedly in negotiations with Apple over licensing their four patents (one, two, three and four) when talks suddenly broke off. They're account of the event that broke off the negotiations is a little hard to accept as you'll find towards the end of the factual allegations.

Presented below is the formal 'factual allegations' segment of the lawsuit that lays out the Corephotonics' patent infringement case as noted in their filing before the court. Any emphasis found in the allegations below has been added by Patently Apple for highlighting purposes only.

Corephotonics is a pioneer in the development of dual camera technologies for mobile devices. Corephotonics was founded in 2012 to develop the next generation of smartphone cameras. Its founders brought with them decades of experience in the fields of optics and miniature digital cameras and were led by Dr. David Mendlovic, a professor at Tel Aviv University and former Chief Scientist of the Israeli Ministry of Science.

Corephotonics' dual-aperture camera technology uses two fixed-focal length lenses, a wide angle lens similar to those typically found in a smartphone using a single-aperture camera, and a telephoto lens. In a typical single-aperture camera, all zoom functionality is provided with digital zoom. "With digital zooming . . . a processor in the camera crops the image and interpolates between the pixels of the captured image to create a magnified but lower resolution image." ('291 patent at 1:44-48.) In contrast, a traditional optical zoom is accomplished by using a variable focal length lens array. In Corephotonics' dual-aperture camera, the second camera with telephoto lens provides much higher optical resolution than the wide angle camera. Images from both of these cameras can be fused together using computational algorithms to create a continuous zoom that is a combination of digital and optical zoom.

For video, which captures thirty or more frames per second, Corephotonics discovered that implementing image fusion for each frame demands higher than normal processing resources and battery drain. At the same time, the beneficial pixel finesse achieved by image fusion is less observable at the rapid frame rate of HD video due to human perception limits. In the Corephotonics dual-aperture camera, therefore, image fusion is only used when taking still pictures, but not for video. In video, when zooming in, digital zoom is used first on the image from the wide angle camera only and then switched to the image from the telephoto camera only. When zooming back out, a similar transition happens from using the telephoto camera only, switching back to the wide angle camera only. This approach minimizes resources and power. Because the two lenses are different and necessarily view the subject from different points of view, Corephotonics developed special techniques to ensure that the transition from the wide lens to the telephoto lens and back would be smooth. Corephotonics filed for and received patents on its dual-aperture camera and the related computational optics, including the '291 and '152 patents.

B. Corephotonics' Relationship with Apple

As one of its first acts as a company, Corephotonics reached out to Apple in the hopes of establishing a strategic partnership. Corephotonics received many encouraging reports and positive feedback from Apple about its technology, but the parties never concluded a license to the Corephotonics technology. In fact, after one failed effort to negotiate a license, Apple's lead negotiator expressed contempt for Corephotonics' patents, telling Dr. Mendlovic and others that even if Apple infringed, it would take years and millions of dollars in litigation before Apple might have to pay something.

In January 2016, Corephotonics learned that among the new iPhones Apple would introduce later that year was an iPhone 7 Plus with a dual-aperture camera—precisely the technology Corephotonics claimed in its patents."

A full copy of the Corephotonics complaint, as was filed before the court, is provided for you below courtesy of Patently Apple.

The patent infringement case presented in today's report was filed in the California Northern District Court. At present, no Judge has been assigned to the case.