On the Eve of the Apple Watch Debut in 2015, Apple had to Deal with a Major PR Nightmare that Changed their Keynote 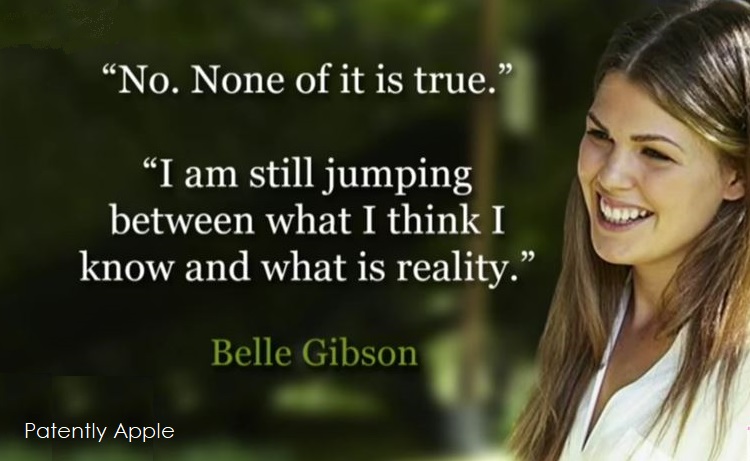 Another Australian report surfaced late yesterday noting that "a series of private messages from executives at Apple have shed light on the extent of the global tech giant's relationship with disgraced Australian wellness blogger, Belle Gibson.

Apple, which has remained silent for more than two years over its partnership with Ms Gibson, launched a marketing strategy to actively promote its star app developer and her unverified story around the world.

A single mum who was diagnosed with brain cancer, Belle turned to whole food cooking and eating," said an email from Apple that was sent to selected Australian media.

She wanted to share what she had learned but didn't want to use a website or blog. Belle decided she wanted to build an app for iPhone and iPad.

In documents tendered to the courts as part of legal action against Ms Gibson, Apple said the public relations strategy was implemented almost immediately after The Whole Pantry app went live in August 2013."

"Once Apple saw the app," the company told the Federal Court of Australia, "it was decided that Apple Australia would make an effort to introduce the developer (Annabelle Gibson) to the Australian media."

The report then noted that "When The Age exposed Gibson for failing to hand over thousands of dollars promised to charity and deleting social media posts questioning her miracle cancer-recovery story, one message from an Apple staffer who worked intimately with Gibson described the news coverage as "unfortunate".

When The Australian publication published explosive comments from Gibson herself, in which she conceded it was possible she had been misdiagnosed, staff at Apple appeared unperturbed.

One of the company's top public relations managers in Australia, Jesse James, emailed Gibson the same morning that the article appeared on the front page of The Australian to approve smart watch promotional material for Ms Gibson's app, The Whole Pantry.

Internal emails from Apple revealed she had a particularly close relationship with one Apple staffer, whom sources have described as her "handler" in Australia.

Ms Gibson shot to international acclaim in 2014, in large part due to her lucrative partnership with Apple, which handpicked her "health and wellness" app from more than 2 million apps available for download that year.

With the success of her app and book deals with publishers on three continents, Ms Gibson earned almost half a million dollars in just 18 months.

A week after the news of Ms Gibson's con broke - and it was clear she had become a liability - a flurry of panicked correspondence was exchanged between Apple's Australian offices and its US headquarters in California.

The scandal broke on the eve of Apple's smart watch launch in 2015, which was to have featured The Whole Pantry as one of its central apps. Ms Gibson had been working with Apple in secret on the smart watch version of her app." To read the rest of this interesting story, read the full report from TheAge here.