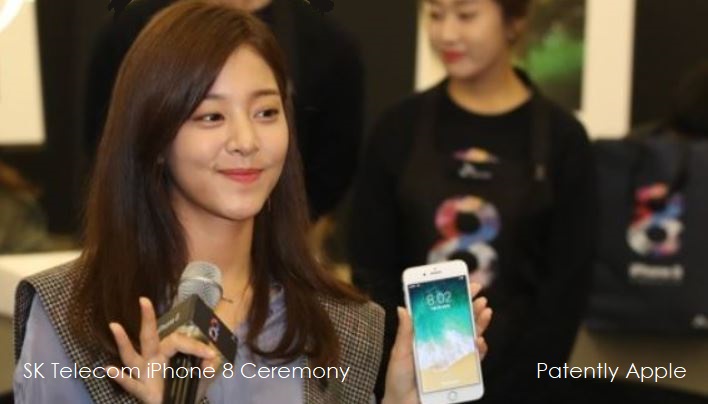 In 2013, Taiwan slapped fines on Apple worth around 700 million won (US$625,200) for controlling the price of iPhones. Last April, France imposed a 64 billion-won fine (roughly US$5.7 million) on Apple for having mobile carriers pay for advertisements.

A new report from Korea today claims that the Korean Fair Trade Commission is investigating Apple's practice of shifting the cost of advertising Apple products to local mobile carriers.

South Korea's three mobile carriers started television advertisements for the iPhone 8 earlier this month. According to the report, local mobile carriers currently bear the full cost of Apple's commercials, which could be considered an unfair business practice.

An official from a local mobile carrier stated for the report that "Whenever there's a new product, mobile carriers air the same advertisements decided by Apple. As no action has been taken by the FTC, mobile carriers have no choice but to follow Apple's guidelines to grab consumers' attention for a few seconds."

Industry watchers said Apple also abuses its superior position by getting mobile carriers to host release ceremonies for new products. This compares to other rivals, such as Samsung Electronics Co., which hold their own launch events.

Sources said that while Apple does not share the burden, it still orders mobile carriers to follow its own guidelines in displaying products and designing advertisements.

"While mobile carriers fully bear the price, there's almost no leeway for the companies," another official from a local mobile carrier said.

Other unfair practices include obligating mobile carriers to order a certain amount of products to sell in the country, industry watchers added.

Sources said the FTC is also carrying out investigations on this issue.

When Samsung recalled their Note 7 smartphone, the Korean press was quick to blame the U.S. Government for wanting to protect Apple's iPhone 7 sales. The hysteria continued last month when a few iPhone 8's had a display separation problem. The press was crying for a recall in Korea before the new iPhone 8's were even in their country.

So under this current air of anger against Apple in certain Korean circles it wouldn't surprise me to see Apple get slapped with a fine related to the latest probe by Korea's FTC. We'll report on the FTC's judgement when it's finally handed down one way or another.