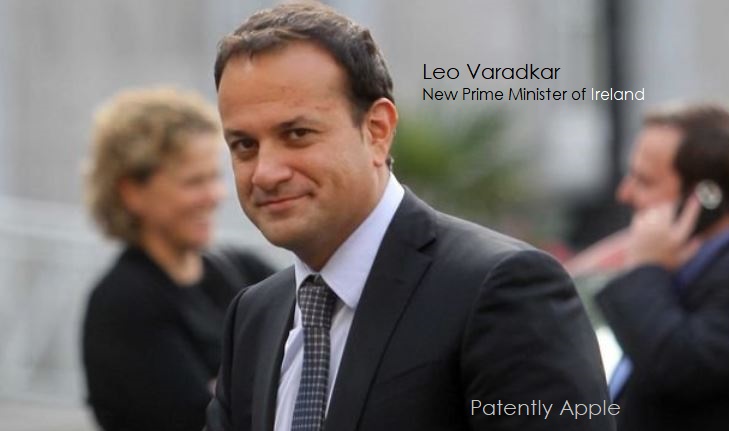 In July Patently Apple posted a report titled "Ireland's IDA is calling for a Shake-Up before the Apple Data Center Project and others are lost to other Countries." The report noted that IDA Chief Executive Martin Shanahan was calling for a shake-up of the planning system amid fears the considerable delays could lead to Athenry losing the project. On October 8th we reported that a hardy group of Irishman rallied to support the proposed Apple data center in Athenry and on October 12th the High Court of Ireland gave Apple the green light the center.

It took at least two and half years to get the approval. Now it appears that Ireland's IDA's Shanahan's fears have come true. Apple may no longer have any interest in the project because of the delays. Asking a fast moving tech company to wait a ridiculous amount of time is simply unacceptable. Ireland's glacial process has cost them an important project for the people of Ireland. But the feisty Irish aren't ready to give it up just yet.

According to Reuters report, "A planned $1 billion Apple data center is in doubt after Irish Prime Minister Leo Varadkar said the U.S. company's Chief Executive Tim Cook would no longer commit to it, adding that Dublin would do whatever necessary to get it built.

In a meeting on Thursday, Cook did not commit to going ahead with it, Varadkar told state broadcaster RTE. He added that 'We didn't get a start date, or a definite commitment or anything like that.'

Varadkar, who is on a tour of the United States to meet investors, added that he had told Cook that the government would do 'anything within our power' to facilitate the resumption of the project.

To illustrate just how slow Ireland was in approving the project, the report noted that "a similar Apple center announced at the same time in Denmark is due to begin operations later this year and Apple in July announced it would build its second EU data center there." Clearly responsive positive action by Denmark earned Apple's trust.

As we noted at the top of this report, IDA's Chief Executive Martin Shanahan called for a shake-up of the planning system amid fears the considerable delays could lead to Athenry losing the Apple project. Clearly the warning came too late. It may have taken the loss of Apple's business to force Ireland to change.

Hopefully those that were elected to work for the people of Ireland on approving these kind of projects to create employment will either be fired or voted out of Office for creating a hostile business environment that would have a high tech company like Apple leave and move on to a country like Denmark who rolled out the red carpet and got the project done on time.

In a new report from Ireland today, the news is more definitive noting that "In a statement, Taoiseach Leo Varadkar said the discussions in the company's HQ in California had been very constructive.

The statement said Apple had agreed to continue to consider Athenry in the context of their future business plans. However, Mr Varadkar told RTÉ News that the Athenry data centre project has not been confirmed by Apple."

That does indeed sound as if the current project is likely toast because it took too long to get approval. Below are photos of Ireland's PM meeting with Apple's CEO Tim Cook outside the older Apple HQ building in Cupertino last Thursday.

About Comments on our Site: Patently Apple reserves the right to post, dismiss or edit any comments. Those using abusive language or negative behavior will result in being blacklisted on Disqus.