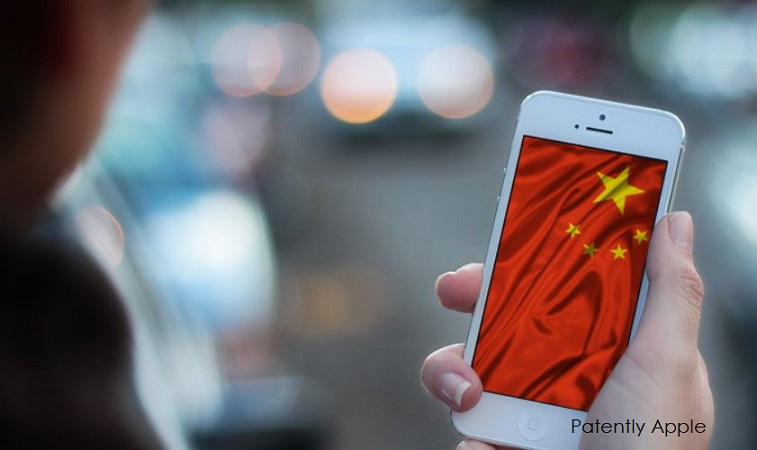 On Monday Patently Apple posted a report titled "Apple Bounces Back in China with 40% Growth after Eight Slow Quarters." The report noted that Apple's declining streak in China had come to an end, as shipments grew 40% from 8 million in Q3 2016 to about 11 million this quarter. This makes it Apple's best performance in China in the last eight quarters. Today a new analytical report shows that Apple remains the leader in premium smartphones in China as noted in a unique chart by Counterpoint. 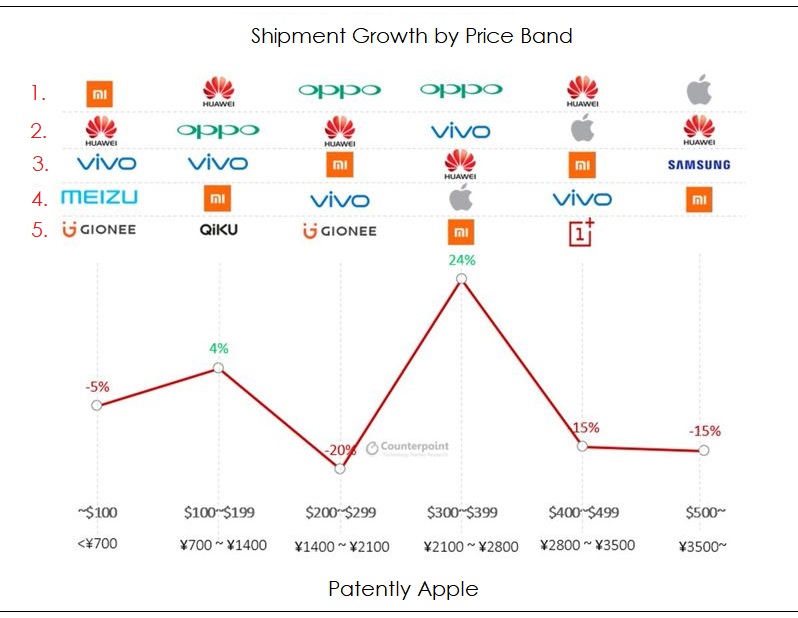 In Counterpoint's chart we're able to see that Apple was the leading premium smartphone vendor in China in Q3 with smartphones priced over $500. In the next price range of $400-$499, Apple ranked second while they ranked fourth in the $300-$399 price range.

Counterpoint's Associate Director Tarun Pathak noted that "Apple shipments grew by 17% YoY driven by an increased mix of its older generation iPhones and channel fill for the iPhone 8 series. However Apple exited the quarter with some iPhone 8 inventory due to softer than expected demand compared to the iPhone 7 series.

We expect that the soft Apple sales are temporary because some of the 100 million plus loyal iPhone users will upgrade to iPhone X and, if successful, it will help Apple to grow both volume and value as demand is likely to spread beyond normal cyclic quarters."

And lastly, on the shifting price band trend Counterpoint's Research Analyst Mengmeng Zhang noted that "The Chinese smartphone market is now being driven by replacement users with the $300~$399 price segment being the fastest growing. 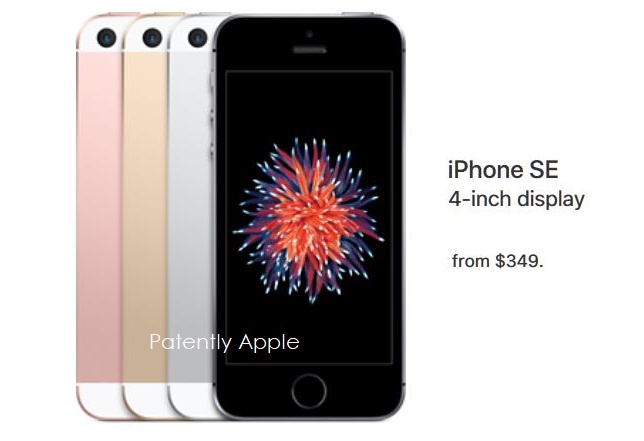 As a general observation, Apple could, beginning late next year, either drop the iPhone SE to make the iPhone 6s become their new entry price point with a much larger display, or move the iPhone SE down into the $250-$299 price band where Apple currently doesn't compete. This would allow Apple to compete in a fourth price band in China and other emerging markets.

One last point: Counterpoint's new price band chart is refreshing beyond the run-of-the-mill volume shipment charts from IDC and Gartner. This provides us with a clear indication of who the leaders are in the premium smartphone space where the profits are highest.