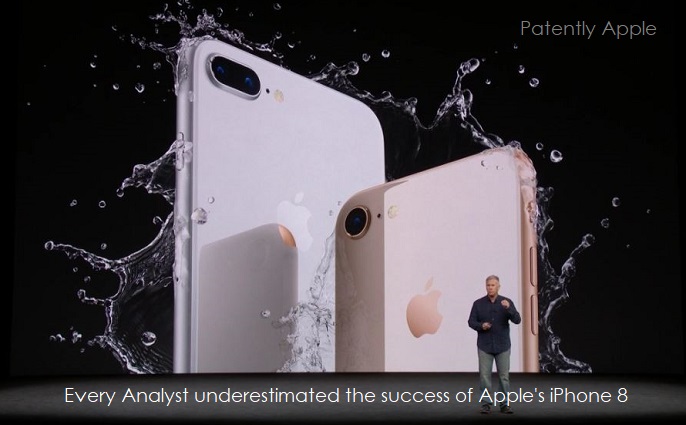 According to a new IDC smartphone report, third quarter volumes were up 2.7% year over year, and up 7.4% from the second quarter. Despite the annual growth being low, the fact that it is positive leading into the holiday quarter is a sign the industry still has momentum.

IDC's report noted that "Apple's newest iPhones helped drive third-quarter shipments of 46.7 million units, up 2.6% from the 45.5 million units last year. For the first time in its history, Apple launched three new devices at their fall event, as the new iPhone X joined the iPhone 8 and 8 Plus in the Apple line up." 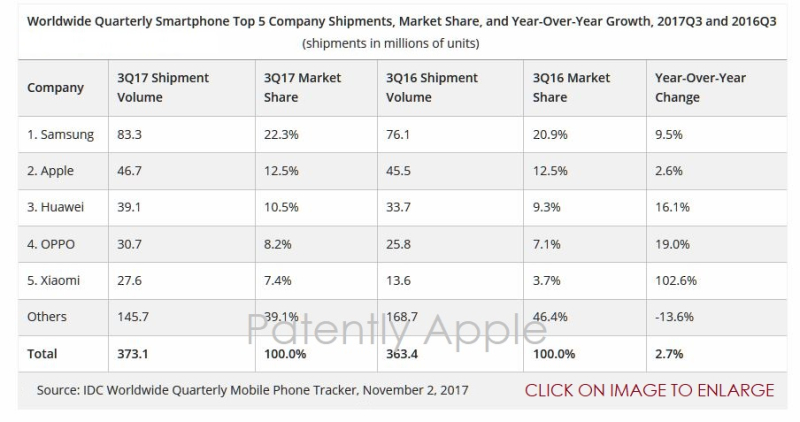 The report further noted that "With the newly designed X just launching this quarter, demand for the new iPhone 8 and 8 Plus models was timid compared to previous launches;" a statement that Apple's CEO anhilated yesterday afternoon during his summary for the quarter. Tim Cook noted that "iPhone sales exceeded our expectation. In the last week and a half of September we began shipping iPhone 8 and iPhone 8 Plus to customers in more than 50 countries. They instantly became our two most popular iPhone models and have been every week since then." It appears that IDC just guessed. So much for their analysis being factually based.

Patently Apple provided a glimpse of the iPhone 8's success back on October 24 in a report titled "Surprise! Apple's iPhone 8 makes a Big Splash in Taiwan in September as the most Popular Smartphones."

The IDC report also noted that the iPhone brought wireless charging and "improved the camera, increased the memory, and added a new faster processor via the new A11 Bionic chip. Older iPhones such as the SE, 6S, and 7 all received price cuts late in the quarter which will balance the iPhone portfolio across all price tiers for the holiday quarter. The fourth quarter from Apple could be the first quarter with something for everyone as the new X will lead at the high-end and as older discounted models will offer something for everyone in between." For more on the other smartphone vendors read the full IDC report here.