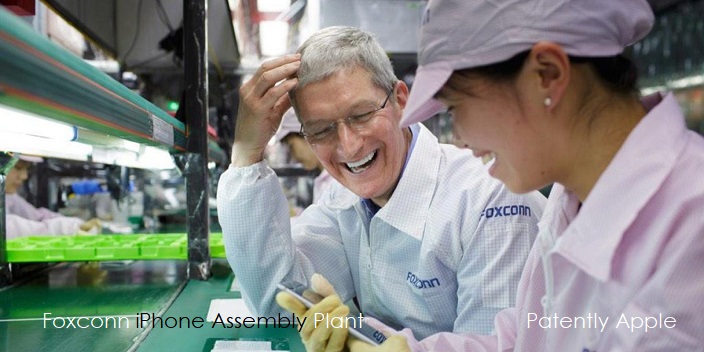 A new report today claims that Apple’s main supplier Foxconn has been employing students illegally working overtime to assemble the iPhone X, as it struggles to catch up with demand after production delays. Six high school students have come forward to say that they routinely work 11-hour days assembling the iPhone X at a factory in Zhengzhou, China, which constitutes illegal overtime for student interns under Chinese law.

The Financial Times further report that "The six said they were among a group of 3,000 students from Zhengzhou Urban Rail Transit School sent in September to work at the local facility run by Taiwan-based Apple supplier Hon Hai Precision Industry, better known as Foxconn.

The students, aged 17 to 19, said they were told that a three-month stint at the factory was required 'work experience' that they had to complete in order to graduate."

"We are being forced by our school to work here," said Ms Yang, an 18-year-old student training to be a train attendant who declined to use her first name for fear of punishment. "The work has nothing to do with our studies." She said she assembled up to 1,200 iPhone X cameras a day.

The report further noted that "The school declined to comment.When contacted about the students' complaints, Apple and Foxconn acknowledged they had discovered cases of student interns working overtime and said they were taking remedial action. But both companies said the students were working voluntarily.

Apple said an audit has turned up 'instances of student interns working overtime at a supplier facility in China,' adding 'we've confirmed the students worked voluntarily, were compensated and provided benefits, but they should not have been allowed to work overtime.' Foxconn said that "all work was voluntary and compensated appropriately, [but] the interns did work overtime in violation of our policy" prohibiting student interns working more than 40 hours a week.

The education ministry of Henan, where Zhengzhou is the capital, issued notices to all vocational schools in the central Chinese province to send their 'work experience students' to Foxconn, according to a person who saw the notice. The education ministry could not be reached for comment."