Despite the Press Whining about the 'Hefty Price' of the iPhone X, Korean Telecoms Marvel at Preorders selling out in 5 Minutes 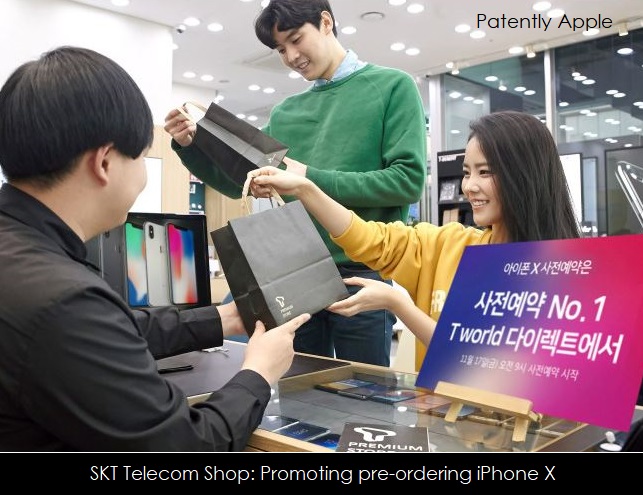 The South Korean tech press has been whining about the 'hefty price' of the iPhone X for Koreans compared to the U.S. and Japan and display problems as outlined by MacRumors, and whipping up hysteria about an iPhone 8 recall, all in the name of slowing iPhone sales in their country to help Samsung. Today the Korean tech press had to bite their bottom lip and report that the first batch of iPhone X sold out within 5 minutes in preorders. The iPhone X hit's Korean retailers next Friday.

According to South Korean mobile carriers, the first preorder batch of the latest iPhone X sold out in less than five minutes, reflecting high expectations toward Apple's first smartphone with an organic light-emitting diode screen and face ID function. Unlike the iPhone 8 series that hit shelves last month, the iPhone X has no home button.

Korea's No. 1 mobile carrier by revenue, SK Telecom, said it sold the first batch of the iPhone X in three minutes after starting preorders. KT, the company that was the first to introduce Apple's iPhone here in 2010, said it sold around 20,000 units in five minutes, reported the Korean publication.

LG Uplus also said preorders for the iPhone X were two times higher than the iPhone 8 for the first 10 minutes.

"The initial inventories were already too low to meet demand," an official from a mobile carrier said, adding that future supplies remain uncertain.

According to SKT, its inventory for the iPhone X was less than half of the iPhone 8 smartphones.

Industry watchers estimate the number of iPhone X smartphones allocated for preorders in Korea was around 100,000. A second report by Yonhap repeated the same facts.