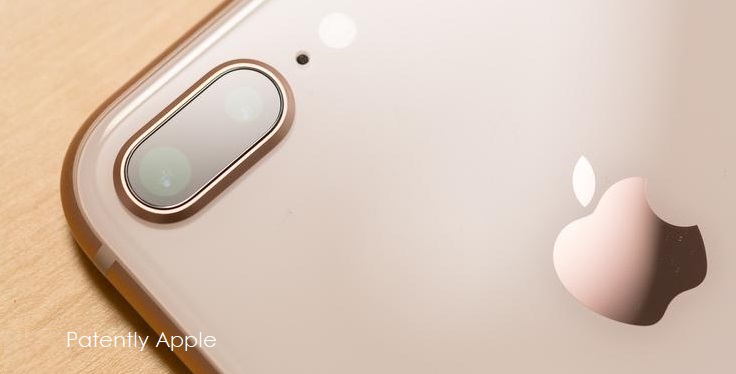 According to a new analytical report today, Apple's iPhone 7 was the world's best-shipping smartphone in Q3 2017, with 13.0 million units shipped. The iPhone 6s was a distant second, after an uptick that resulted in 7.9 million shipments. Samsung's Galaxy J2 Prime was third, with 7.8 million shipped, while Oppo took fourth and fifth place, with its A57 and R11 shipping 7.8 million and 7.2 million units respectively. Worldwide smartphone shipments reached 375.9 million, up 5.9% year on year. 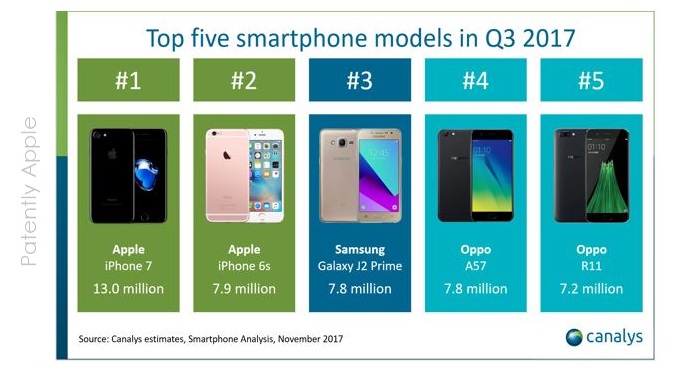 Noteworthy is the fact that a new trend has emerged. While Apple shipped 5.4 million units of the iPhone 8 in the last week of September, it shipped 6.3 million of the larger iPhone 8 Plus. This makes the iPhone 8 Plus the first iPhone Plus model to out-ship its smaller sibling in a single quarter.

Canalys Analyst Ben Stanton stated for the report that "Shipments of older devices, such as the iPhone 6s and SE, saw an uptick in Q3. The iPhone 7 also shipped strongly after its price cut in September. Apple grew in Q3, but it was these older, cheaper models that propped up total iPhone shipments. Apple is clearly making a portfolio play here.

With the launch of the iPhone X, it now has five tiers of iPhone and delivers iOS at more price bands than ever before. This is a new strategy for Apple. It is aggressively defending its market share, but it will not compromise its rigid margin structure to do so." This is a trend that Patently Apple noticed back on November first in a report titled "In Q3 Apple Competed in the Top Three Price Bands in China and was Number One in Smartphones over $500."

Stanton interestingly added that "As the battleground at the high end moves toward AI and AR, Samsung is behind, and needs to catch up with competitors such as Huawei and Apple."