The U.S. Patent and Trademark Office officially published a series of 69 newly granted patents for Apple Inc. today. In this particular report we cover Apple's granted 3D interface invention that could interact with user hand gestures to control functions of a Mac. The team behind this is Apple's Israeli PrimeSense which was behind Apple's TrueDepth camera and dot projector which was confirmed by Apple's SVP of Hardware Technologies Johny Srouji in an interview with the Israeli press backed by several patents. Will Face ID and an advanced 3D UI for gesture control be coming to a future iMac and beyond?

More specifically, the invention covers a method, including receiving, by a computer executing a non-tactile three dimensional (3D) user interface, a set of multiple 3D coordinates representing a gesture by a hand positioned within a field of view of a sensing device coupled to the computer. 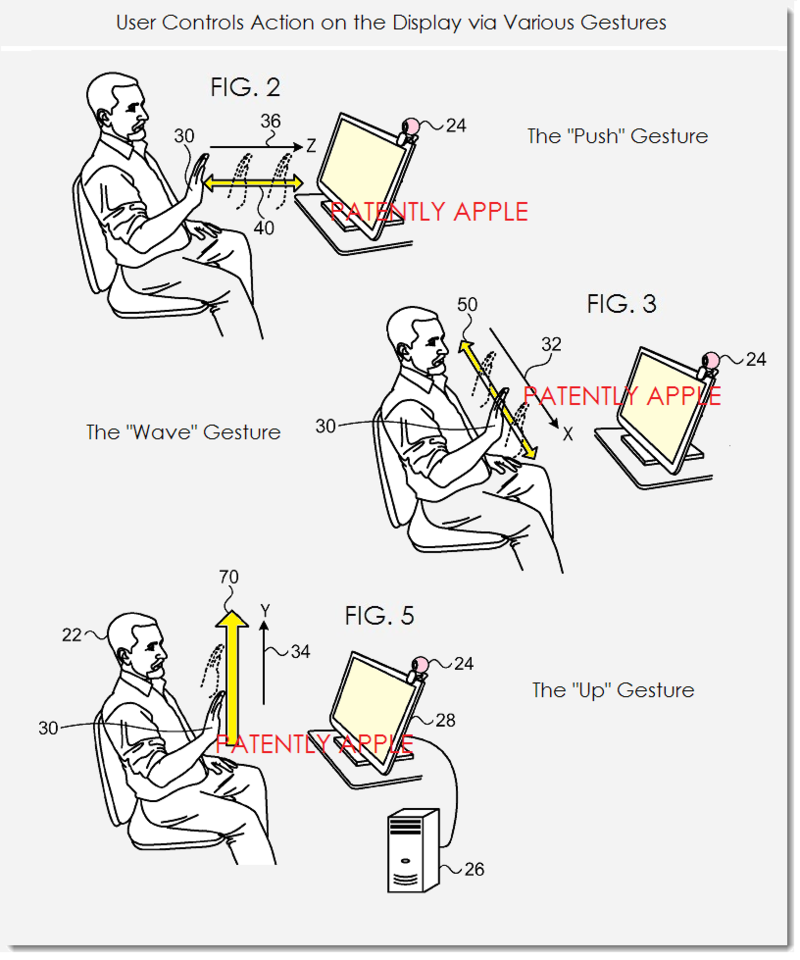 The three dimensional (3D) user interface includes a gesture that involves a rising motion along a vertical axis in space, and transitioning the non-tactile 3D user interface from a locked state to an unlocked state upon detecting completion of the gesture.

Apple's patent FIGS. 6A, 6B, 6C, and 6D are schematic pictorial illustrations of the non-tactile 3D user interface responding to vertical movement of the user's hand. 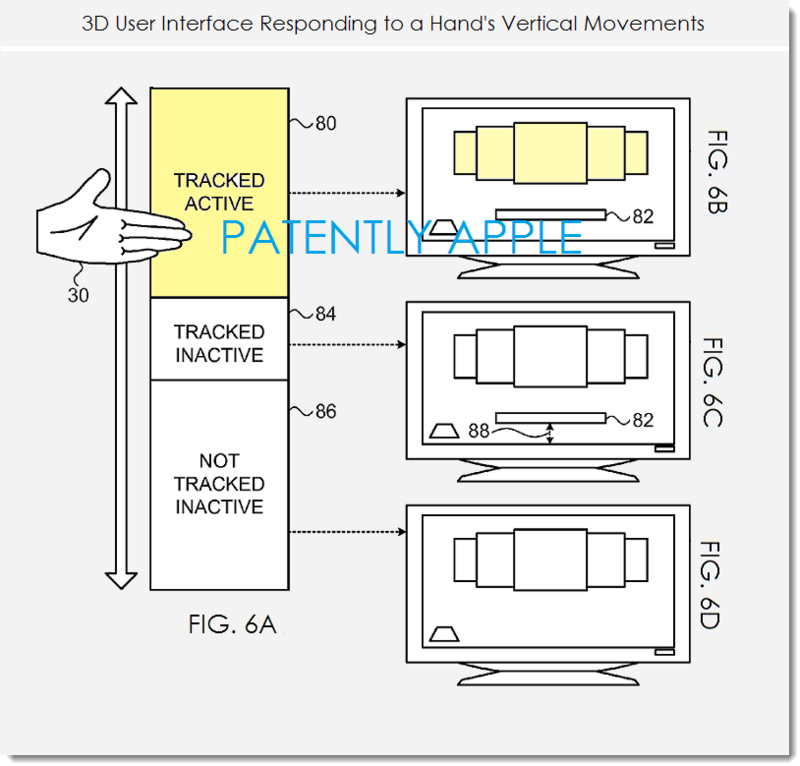 Apple credits Micha Galor, Jonathan Pokrass and Amir Hoffnung as the inventors of granted patent 9,829,988 which was originally filed in December 2016.