Apple was granted a series of 28 design patents yesterday by the Hong Kong Patent Office covering both Touch Bars Singularly and in combination with a keyboard. Our report provides a number of jumbo elements to assist viewing. Apple's fourth generation MacBook Pro with Touch Bar was announced on October 27, 2016. It replaced the function keys with an interactive, multi-touch "Touch Bar" and a Touch ID sensor integrated into the Power button. 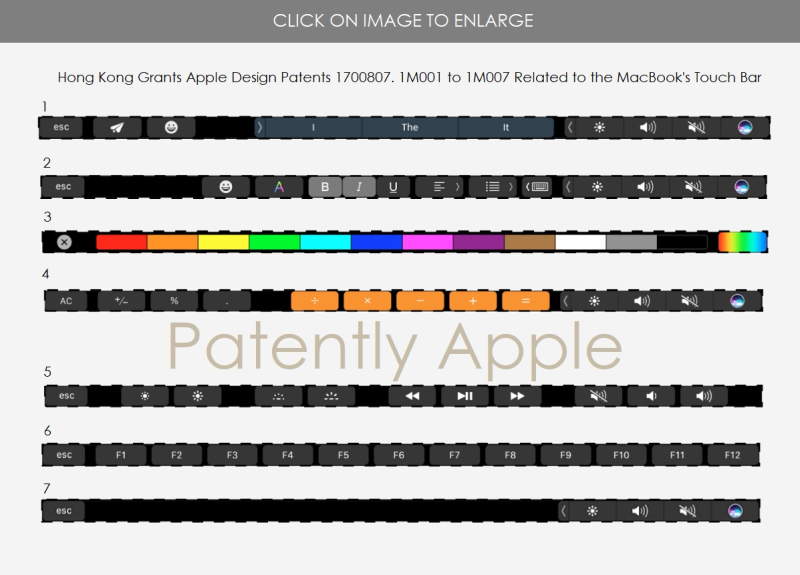 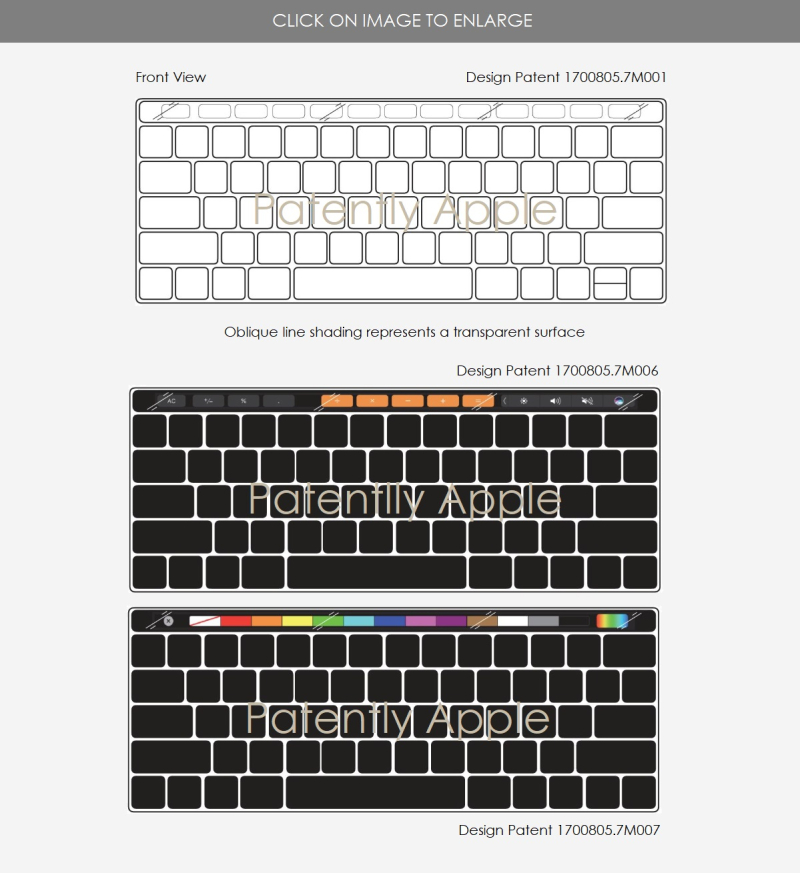 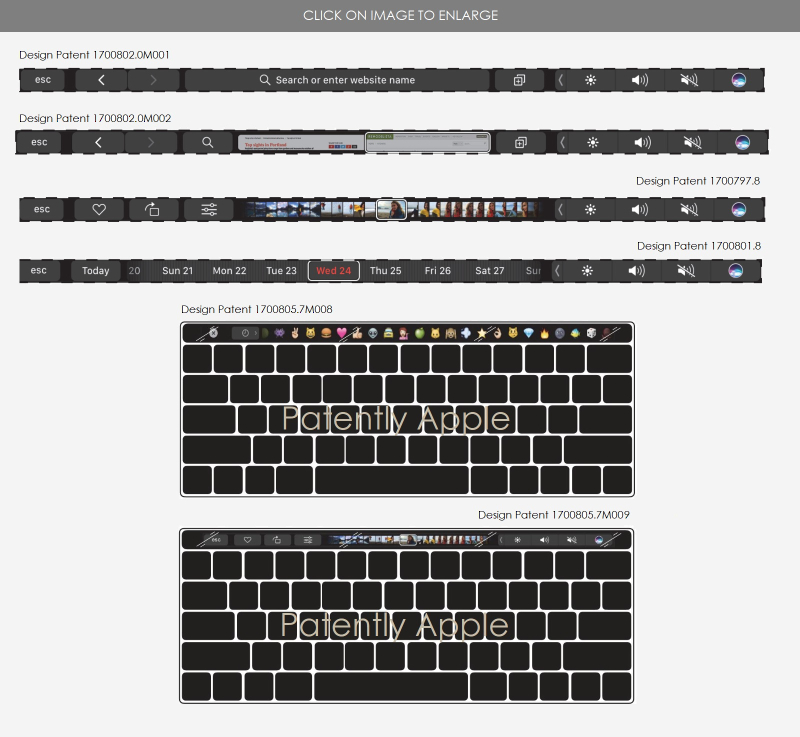 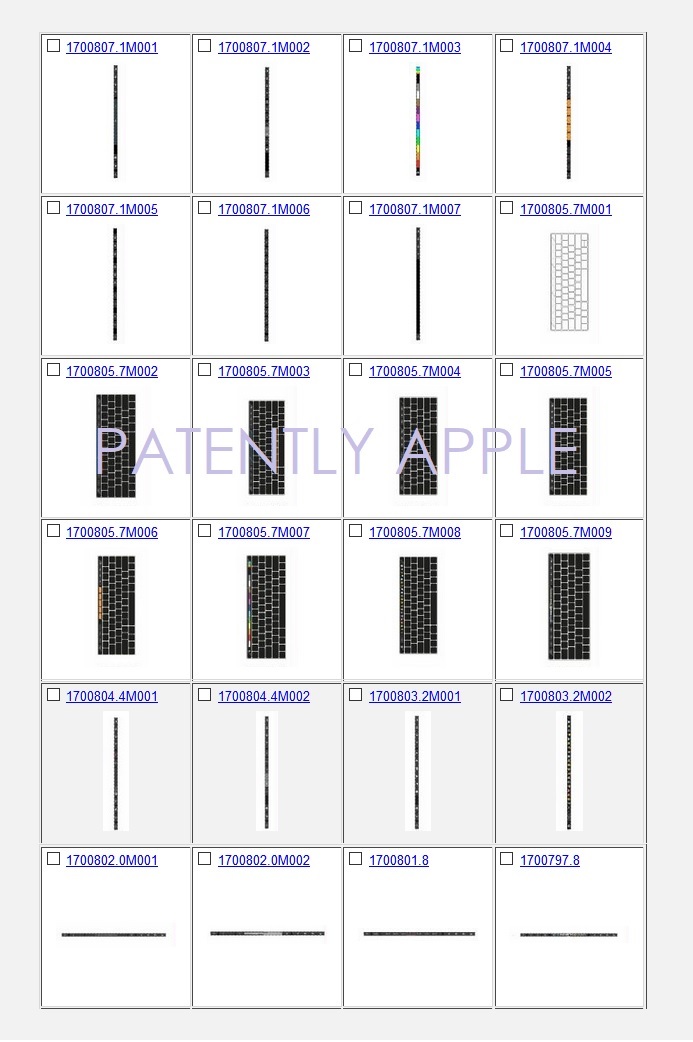 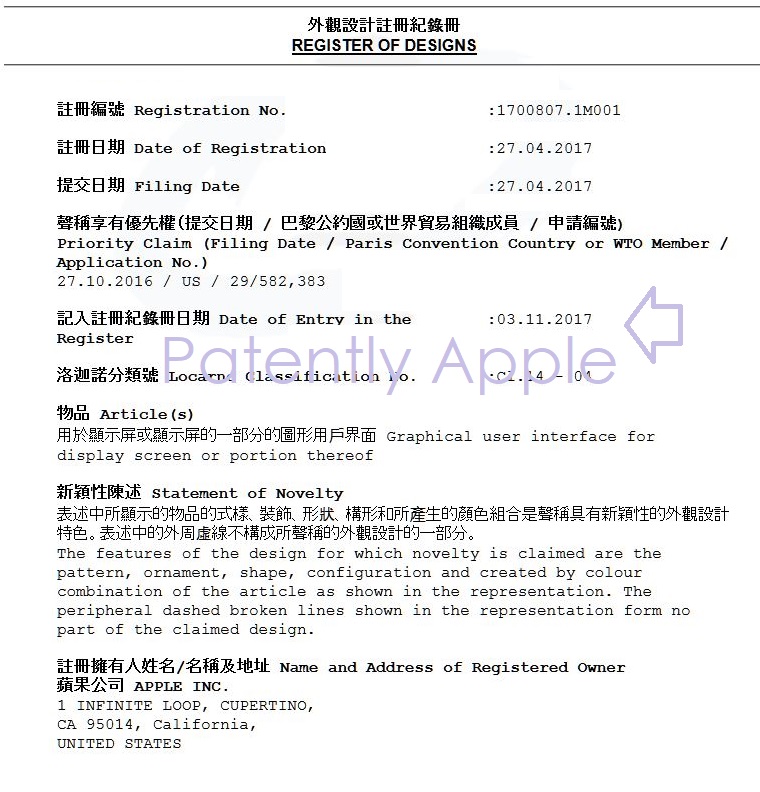