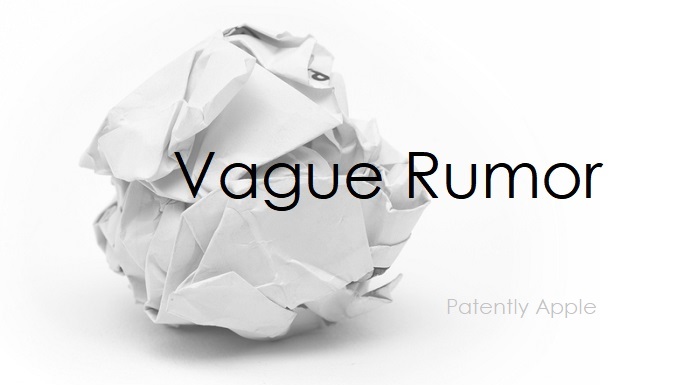 Last week Patently Apple posted a report titled "Google Patent Reveals Google Glass being Reinvented using micro-LED Displays, a Technology Apple is Exploring." In it we noted that Cook told the UK's Independent earlier last month that "today I can tell you the technology itself doesn't exist to do that in a quality way. The display technology required, as well as putting enough stuff around your face – there's huge challenges with that." So while we know that Apple has a team working on this project and have patents on this technology, it was made crystal clear by Cook that it's going to be a longer range project until they get it right.

So with that out of the way, the Nikkei Asian Review today reports on a a super vague project that Apple supplier Catcher is reportedly working on. The report states that "Apple metal frame and casing supplier Catcher Technology said it would take on a new challenge in making metal components for augmented reality devices."

Catcher Chairman Allen Horng told analysts and reporters in an earnings conference on Tuesday that "Based on what we have learned, [new AR products] need to look good and be light enough to wear ... that makes the casings for such a device very complicated to manufacture and there are still a lot of challenges to overcome currently."

Horng added that compared with virtual reality headsets, AR devices are more likely to gain traction in the future as mobility is a key for such gadgets to thrive.

The executive did not name the product his company is currently working on but the market has been speculating that Apple would roll out a standalone AR product in the coming years."

The statement made by Chairman Horng during an earnings conference simply sounds like someone trying to pump up their company's value for analysts so that they look and sound like an important innovator. Everything said paints a very vague concept related to AR for a silent customer. How can we take this seriously?

For more on this, read the full Nikkei Asian Review report.