Home Archives Contact Us Subscribe Twitter MeWe Facebook Patently Mobile
The Delusional Korean Tech Press Continue to believe that Samsung has a Magic Bullet to end their Woes in China
Six out of the Top Ten Smartphones in the U.S. were iPhones in Q3 2017 with the iPhone 7 Crushing Samsung's S8 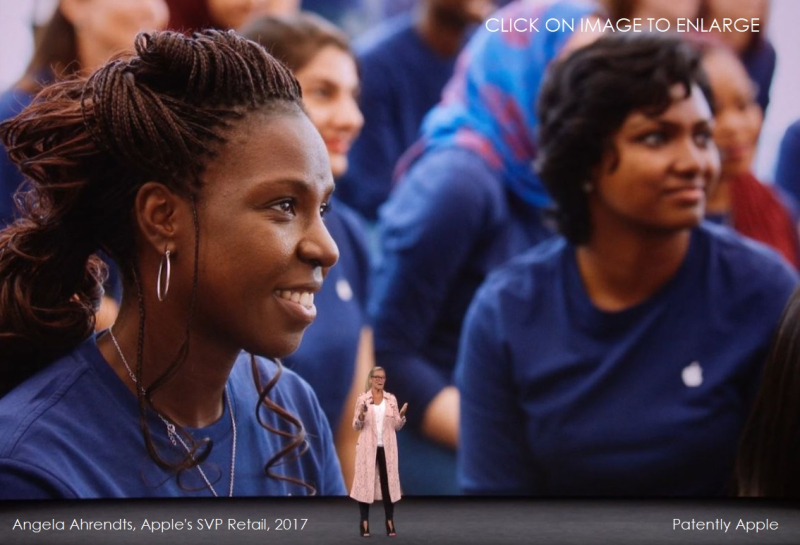 Probably the second biggest story of the year for Apple beyond iPhone X has been their massive moves in retail. Apple opened their first store in Singapore, first in Taiwan and others like the one in Ningbo China and the incredible store in Dubai with massive solar winged panels acting as gigantic doors leading to a balcony with a breath taking view of Dubai's Fountain area.

Earlier in May, Angela Ahrendts introduced us all to new store elements coming to Apple stores including the Grove and 'Today at Apple,' an ongoing series of daily classes for customers to join in on for photography, art with iPad and more. 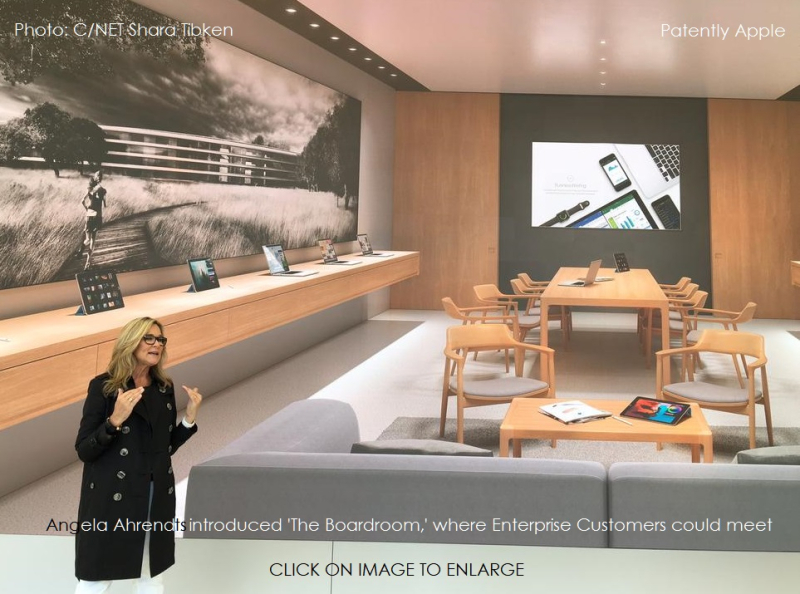 During the September 12th special iPhone Keynote, Apple's CEO Tim Cook had this to say early into this keynote: "Apple retail has always been about more than selling. It's about learning, inspiring and connecting with People. Our stores are also the best place to go discover, explore and experience our new products. So before we get to some incredible new products, we'd like to give you an update on Retail." And for the first time, Apple's SVP of Retail, Angela Ahrendts took to the stage of a major keynote to talk about Apple Retail to fans around the world.

One of the simple yet important messages that Ahrendts said during her segment of the event was that "We think of Apple Retail as Apple's largest products, and like all of our products we design new features to take the customer experience even further."

In a few of our reports since that keynote we covered the introduction of iPhone X at stores around the globe, the opening of Apple Michigan Avenue and various openings thus far in November.

The success of Apple retail has in some ways been overwhelming for some of Apple's staff and geniuses because of their customer's response being so great for Apple products and services.

A new report out today magnifies the matter to give us an idea of the pressure being felt at some stores. This isn't a scientific poll and the matter could be very localized, but this is what Business Insider is reporting on today.

"The store makeovers are great fodder for press releases that tout 'town squares' and space for community building.

But the store redesigns also serve a more critical function, by providing a much-needed overhaul of Apple's customer support system, the Genius Bar — a signature feature of Apple's retail business that has struggled to keep up with the times. According to numerous blue-shirted 'geniuses' that Business Insider spoke to, a rising tide of store visitors and on-the-job performance expectations have pushed the system to the breaking point.

'The customer service model is about ready to pop,' says one Apple 'genius' who has worked at the company for seven years and requested anonymity because employees are not permitted to talk to the press. 'That is the issue and the employees are feeling it,' the person added.

Apple's effort to ease the strain on its stores and its tech support system is especially important as ecommerce is changing the face of retail in the United States. Because it's more convenient to order an iPhone from retailers online, Apple needs to lean on the other advantages like physical stores offer more than at any time since it opened its retail stores, say analysts.

Apple now has over 85 million iPhone users in the United States, according to a recent estimate. That means more Apple users per store than ever before, and more people walking through the doors with everything from cracked phone screens to problems logging into iTunes.

Retail employees notice that the stores are packed. One says that his store can't keep up. 'We haven't been able to keep up with traffic since I started 8 years ago,' a senior Genius at a small store in the Midwest that has yet to be redesigned told Business Insider. 'I wouldn't even walk in the store because of how crowded it gets. During Christmas [season] you can hardly move.'

One Genius who worked on the West Coast said that he felt the pressure to service an increasing number of customers, and received pressure from his supervisors to get people out of the store quickly, especially if he took more than the 10 minutes allotted for an iPhone appointment.

"It's turning into a reality that the system Apple has in place is not able to keep up with the volume of people and demand," he said.

Apple retail employees use a system called Net Promoter for People, or 'NPP,' and the number of customers an Apple employee helps per day is tracked. 'We're challenged on those metrics to get them in and out of fast as possible,' he continued. The elimination of perks, like flying newly-hired Geniuses to Apple's Cupertino headquarters for training, has also lessened the job's allure."

Loup Ventures founder Gene Munster said for the report that "For the past five years they've been trying to keep up with the 'victim of their own success' problem, switching now to larger stores to accommodate more techs. More Geniuses. That's been a trend that's very clear."

With the new store design, Apple is rethinking the concept of the Genius Bar itself. Although new stores still have the traditional scheduled appointments for customers, the system has shifted to what Apple calls the 'Genius Grove,' in which roving techs can service customers in a large tree-lined part of the store." You could read more about 'geniuses' under strain in the Business Insider (BI) report here.

Although the BI report is a little negative, it helps you appreciate Angela Ahrendts even more considering that she has to deal with the explosive Apple store growth around the globe while constantly reinventing the stores and services to meet customer expectations and needs.

On a personal note, I have always experienced nothing but the best service from Apple stores when purchasing my iMac and other products over the years. On Friday my wife and went to our local Apple store to pickup AirPods and an iPhone X case for my wife's new iPhone and had a great number of questions for the rep. There wasn't a thing we threw at her that she didn't answer with a smile. There was never a moment of annoyance or pressure to move on to another customer. She remained focused on our questions and needs at all times and this isn't the experience we've found at other large retail stores.

So whatever growing pains the new system is enduring, Ahrendts will get around to smoothing it out. All employees hate change and perhaps some of the changes are coming at them too fast to digest. But in context, in the bigger picture, any other retail store chain including the Microsoft and Samsung stores would die to have Apple's problems. Most of their stores have a tenth of Apple's traffic with few happy customers walking out of their store with bags of products in hand. 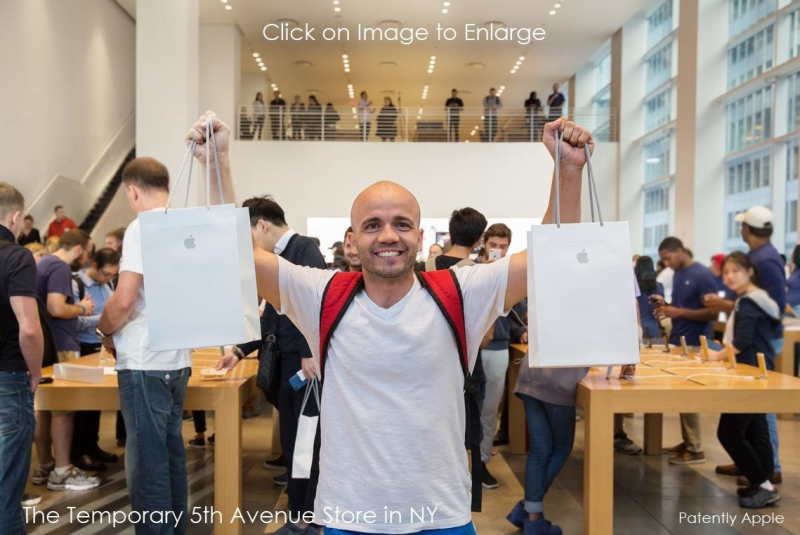