Home Archives Contact Us Subscribe Twitter Facebook MeWe Patently Mobile
Google Patents a Motorized Pixelbook Lid that Opens and Closes with a Simple Touch & Auto-Aligns the Display to the user's Face
Draft of the EU Patent Guidelines now Favors Qualcomm and Ericson despite Opposition from Apple, Google and others 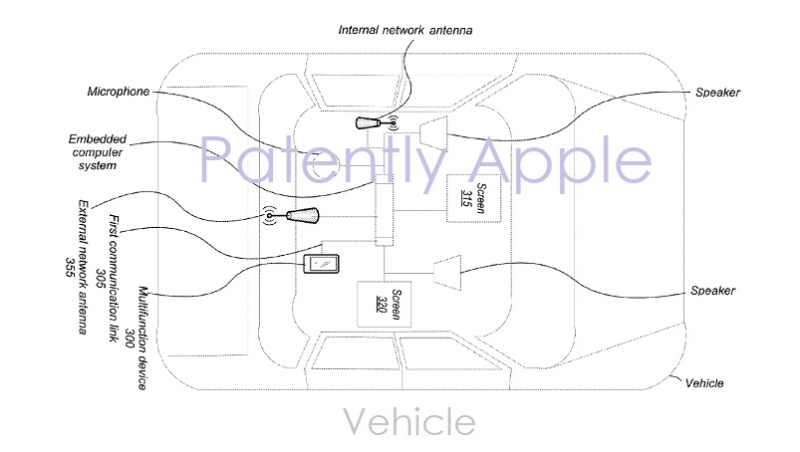 On Thursday the US Patent & Trademark Office published two patents that are covered in this report. The second patent covers the intricacies behind strengthening iDevice glass. The first patent covers how iDevices transition or will transition to a vehicle, plane or home network. Apple was granted a patent for this invention in August and yet their engineering team is already delivering a new extension or "continuation" to their invention via their patent claims.

System & Method for Transitioning to a Vehicle Network Resource

Apple's invention generally relates to the use of network resources, and, more specifically, to transitioning between networks may they be for a vehicle, aircraft, smart home or security. 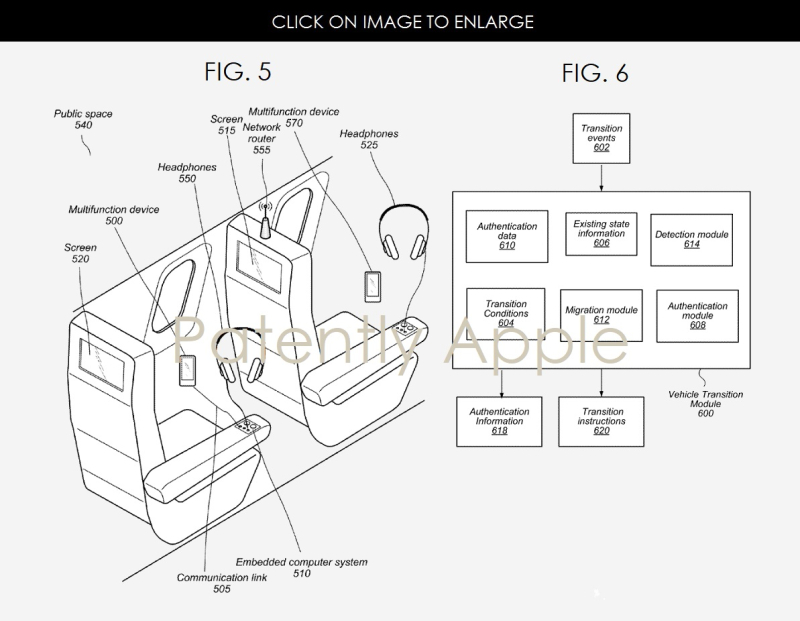 For those wanting to explore this invention, the key patent points are found between numbers 0111 and 0134 which cover the following topics: automotive integration; general vehicle integration; Use in public spaces and conveyances; and vehicle transition module.

In creating smart home systems, Apple further notes that the system described in this patent will also apply to in-home security, appliances and entertainment systems.

Apple notes that while conventional chemical strengthening is effective, there is a continuing need to provide improved and alternative ways to strengthen glass, particularly, thin glass. 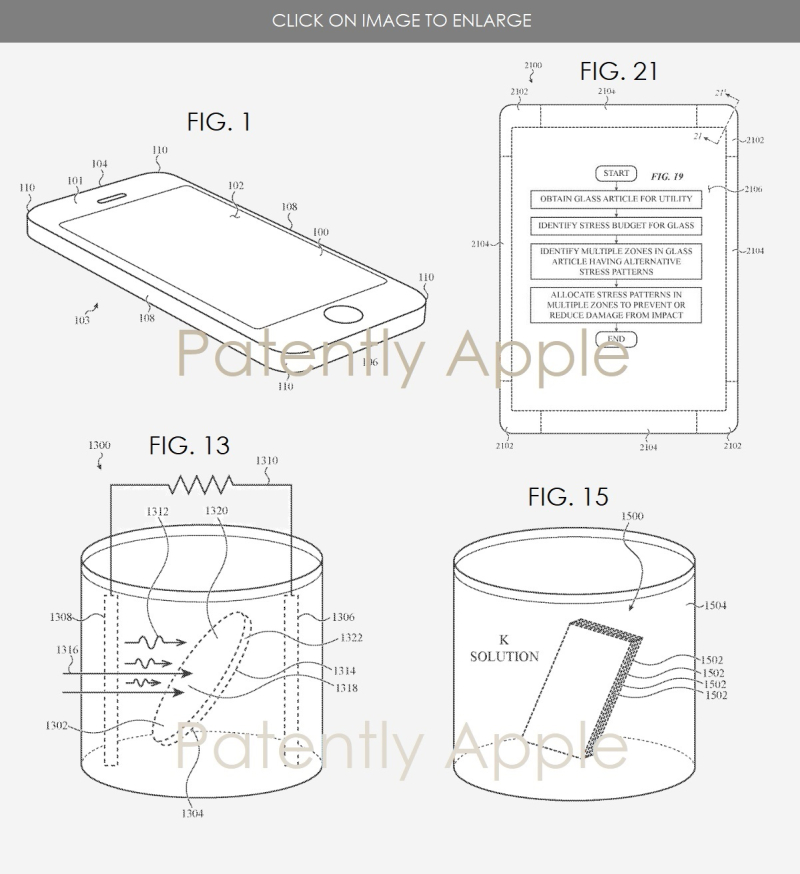 Apple began to use this Technology for the iPhone 6's cover glass. I couldn't find Apple's marketing on this any longer but you could read about it in the 2014 Daily Mail report here. Apple's current patent indicates that they're continuing to work and improve on this process in an evolutionary manner. Some of the original work on this process actually started back in 2012 as reported on in our 2013 report.

For those curious enough to want to explore Apple's patent application 20170334770, you'll find distinct areas outlined in this invention titled as follows:

Who knew that strengthening cover glass for iDevices would be this mind-bogglingly complicated? Why didn't they just bathe the glass in crazy glue and be done with it? Ha!

This is why once in a while I like to cover a somewhat boring patent filing to show Apple fans that beyond hot device designs and concept patents are thousands of intricate utility patents filed each year. While they may be considered boring to most, the fact is that they illustrate that the smallest of details are meticulously attended to by Apple's engineering teams so as to ensure that a hot device like the iPhone X delivers a slick experience from the cover glass right through to the A11 Bionic processor.