Earlier today Patently Apple posted a report titled "Apple Acquires a Next-Gen Leader in Quantum Dot Technology and Image Sensors that could Eliminate Sony in iDevices," that provided a little history of TSMC working with InVisage and how Apple may use TSMC to make future image sensors of their own design cutting out Sony.

A quick peek at InVisage's press releases lets you see the kind of technology Apple is inheriting, like specialized cameras for autonomous drones using QuantumFilm camera sensors which would be a great iDevice accessory for photography buffs. Our cover graphic illustrates their depth camera using a dot projection system just like Apple's patent filing that we covered earlier today.

Below is a list of 63 patent applications filed by InVisage. Not shown is InVisage was granted 71 patents, many from the ones listed in the patent applications list. With an overlap, there's probably 100 plus patents that Apple's various teams will be able to work with over time.

The patent figures noted below are from patent application number 20120056289. In patent FIG. 1 you're able to see the markets their technology could apply to includes cameras, sensors, consumer, medical, military, machine vision and beyond. 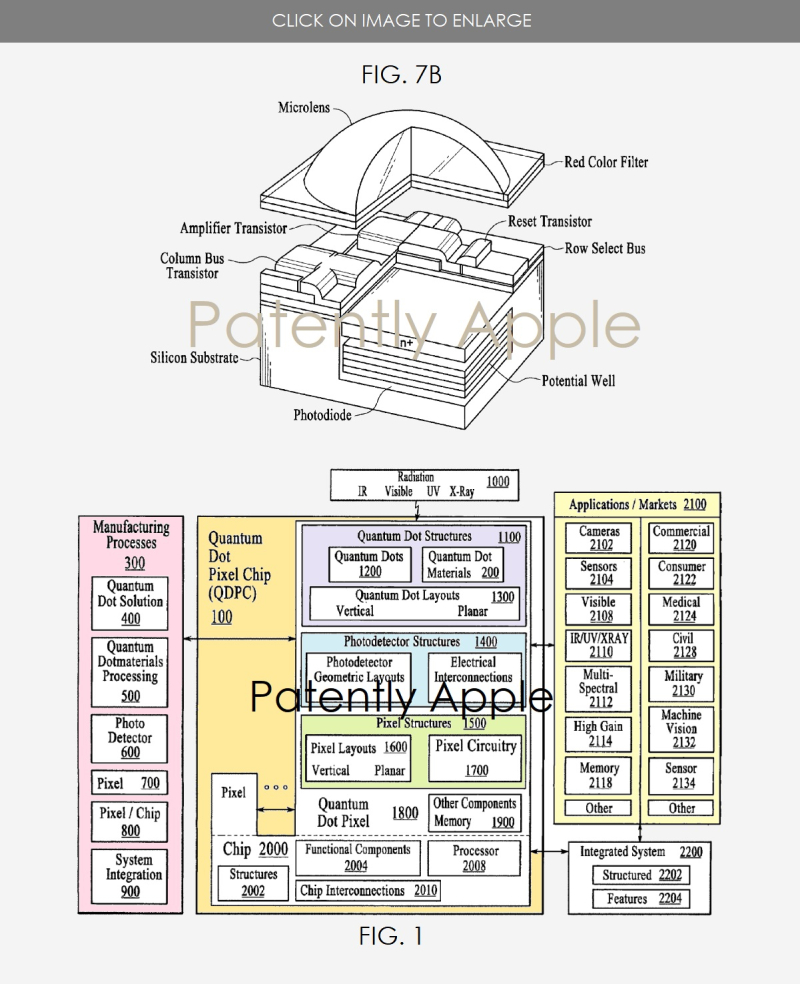 In one segment the patent notes that "In embodiments, processing techniques may be implemented, such as for spatial differentiation, which could result in a power advantage as well as an improved signal-to-noise advantage. Spatial differentiation may use motion to some advantage, as in the way the human eye utilizes motion in processing the scene. This technique could help compensate for the inherent shaking of a cell phone or a camera, and may help eliminate pattern noise, because pattern noise may not differentiate. Processing may also be performed across the entire array, with a delta-alarm that triggers an increase in sharpness. Processing for edge detection for auto-focus may also be facilitated, with regions determining local sharpness. A direct signal may be fed into a feedback loop to optimize the degree of sharpness. The use of on-chip processing may provide localized processing, allowing for a reduction in power and overall size of a product. 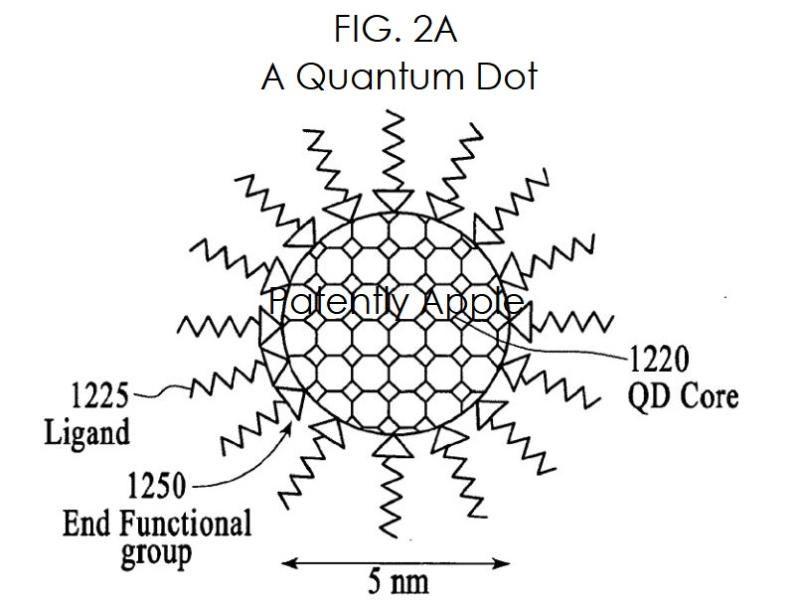 The image above is from the same InVisage patent illustrating a Quantum Dot. Geeks at heart could review this highly technical patent here for the details behind one of InVisage's quantum dot inventions.

Microsoft may get a little paranoid with this acquisition. Microsoft was working with PrimeSense technology for Kinect and Apple acquired the Israeli company. Microsoft just killed Kinect last month. In 2016 InVisage put out a press release stating that the first 2K near-infrared camera module SAM was specifically designed for mobile authentication systems like Windows Hello, expanding the reach of cameras indoors and outdoors with 50 times less system power consumption.

InVisage also had their eye on Hollywood filming which just happens to be an area of interest for Apple, now that they're entering the space of Netflix with a drama series like the one they just signed up for a two year run with Jennifer Aniston and Reese Witherspoon.

InVisage signed on oscar-winning cinematographer Emmanuel Lubezki to their advisory board who was behind films like Gravity and Birdman. At the time, Jess Lee, president and CEO of InVisage stated that "We are honored to have Mr. Lubezki join our advisory board. With Mr. Lubezki's artistic direction, we intend to bridge the gap between Hollywood and advanced nanotechnology, bringing Hollywood quality to QuantumFilm-enabled smartphones and mobile devices."

Apple's acquisition of InVisage is very exciting as iPhone cameras are becoming a key feature to keep their smartphones ahead of the pack. Advancing video will be very exciting to see come to the iPhone and beyond. Between the advances in Quantum Dot technology and depth cameras, they have expertise in many markets that Apple could tap into over time.

In the video below they show a video shot on an iPhone 6 versus their technology to show a dramatic change in stability. Both Samsung and Google have mocked Apple's shaky video compared to their technology and now Apple will be able to use InVisage's technology to kill the competitIon. 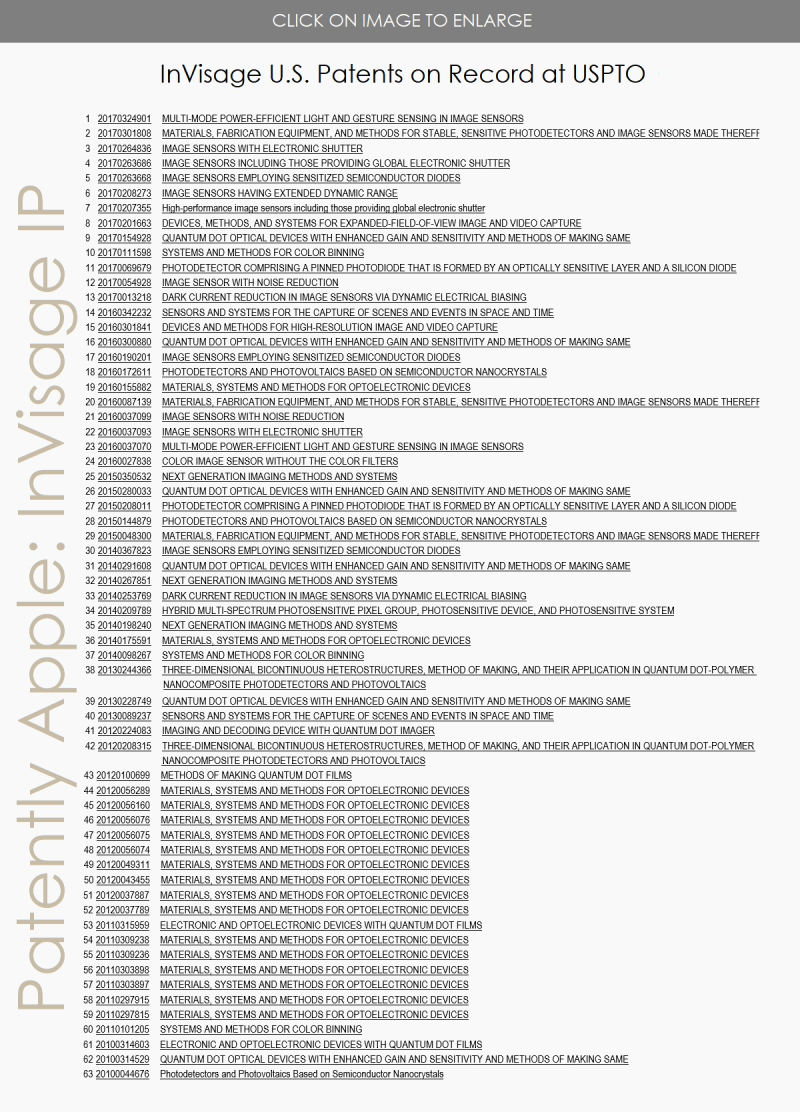 Here's to hoping that Lytro is on Apple's shopping list for camera technology. But that's a story for another day.