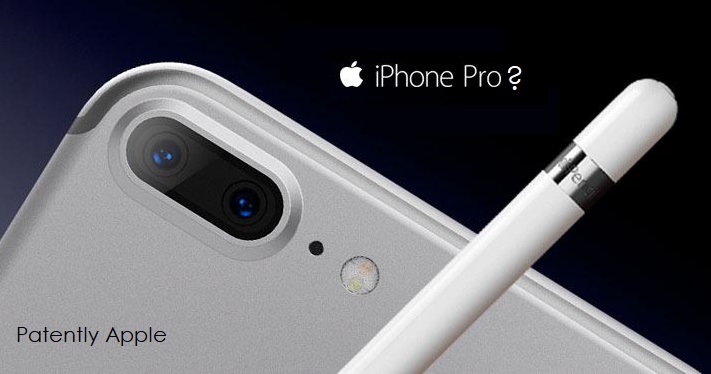 Patently Apple posted two patent reports (one and two) in August illustrating Apple Pencil working with a future iPhone and today's patent drills down in one aspect of the methodology involved in making this happen.

Apple's patent FIG. 7 illustrated below we're able to see an example touch sensor panel configuration operable with the touch ASIC to perform a stylus scan. The exemplary device shown in patent FIG. 8 below is an iPhone that includes a touch screen that can accept input from an active stylus (Apple Pencil). 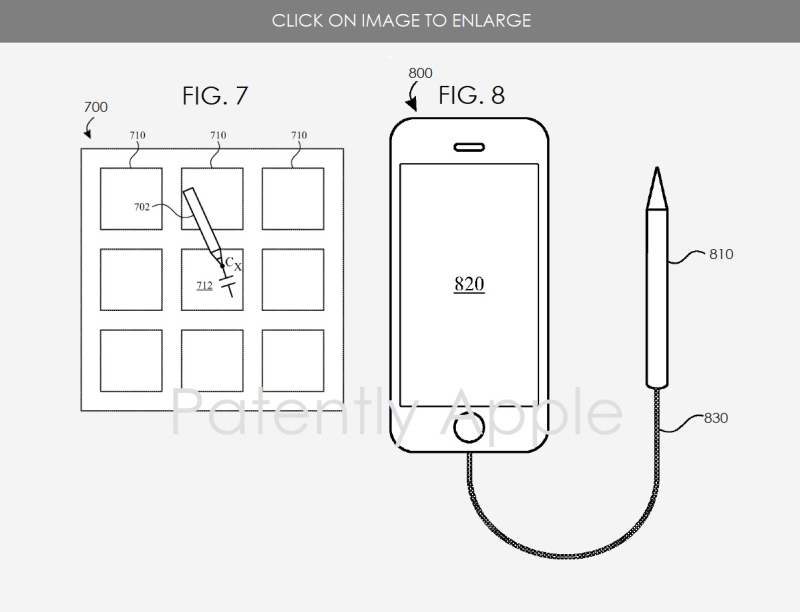 Apple's patent FIG. 8 illustrates an example pairing operation between a stylus and an iPhone via a wired connection. However, Apple notes that in some examples, an input device (e.g., stylus) and a host device can communicate over a wireless communication channel, such as Bluetooth, WiFi, or any other suitable protocol. In the bigger picture, it's Apple acknowledging Apple Pencil will likely work with a future iPhone. 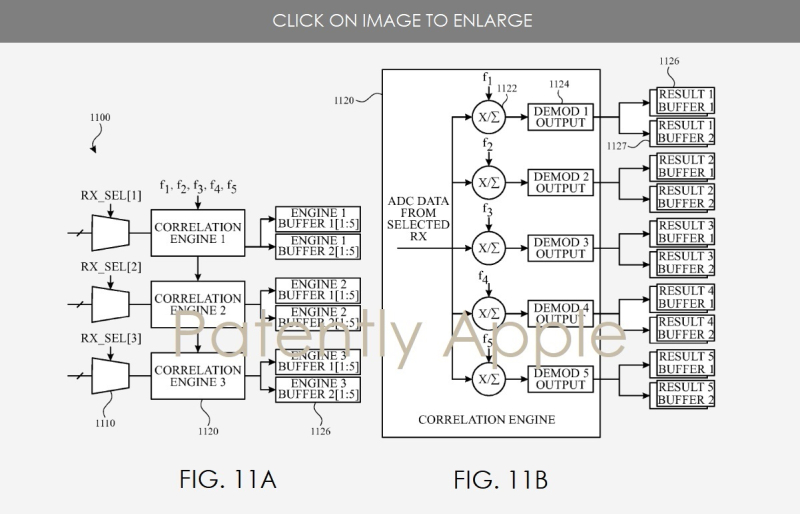 More specifically, a touch sensitive device can include circuitry for analyzing encoded stylus data. In some examples, analysis can be performed using hardware, software, or firmware. FIG. 11A noted above illustrates exemplary stylus signal analysis hardware #1100 for decoding stylus data. Stylus signal analysis hardware can be used to analyze collected data from one or more touch sensors proximate to a stylus during a fine stylus sub-scan.

Apple's patent FIG. 11B illustrated above is an exemplary correlation engine #1120 in detail. In some examples, correlation engines can include a plurality of demodulators #1122, and each demodulator can be configured to demodulate a received signal at a selected frequency. In some examples, multiple frequencies, such as #f1-f5 illustrated in FIGS. 11A-11B, can be selected corresponding to a range of frequencies the stylus can use to encode data. 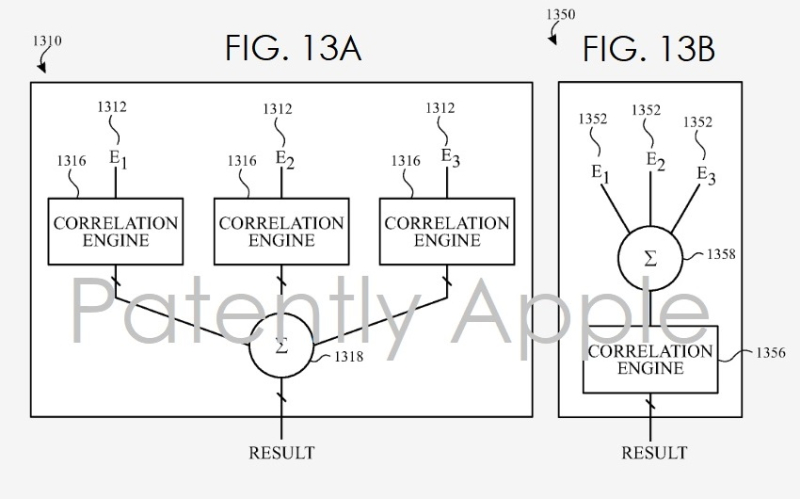