Home Archives Contact Us Subscribe Twitter MeWe Facebook Patently Mobile
Anascape, who won a case against Microsoft, is now Suing Apple in a Multi-Product Patent Infringement Case
Hundreds of New Emoji are coming to iOS and Apple Reveals more than Two Dozen as a Teaser 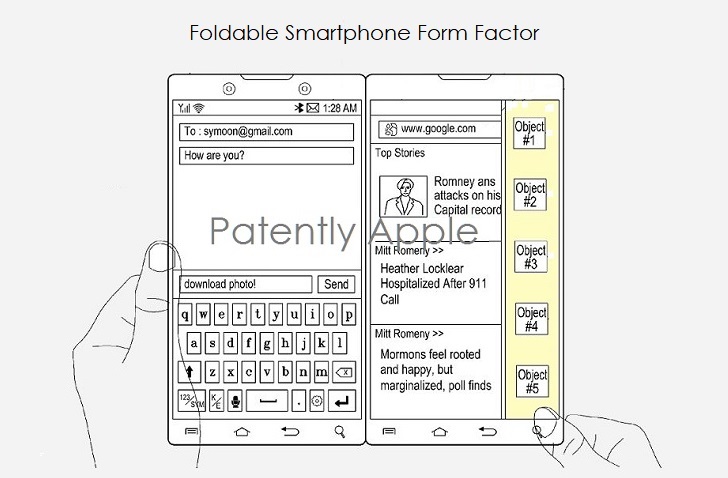 Samsung has been working on several next-gen smartphone form factors for years now and our non-Apple IP blog Patently Mobile has been archiving these designs that you could review here. Below are foldable smartphone patent figures from Samsung, Microsoft and Apple. With smartphone OEM's trying to beat each other with new smartphone features every fall, the shift to new form factors could be one of the next trends over the next five years. 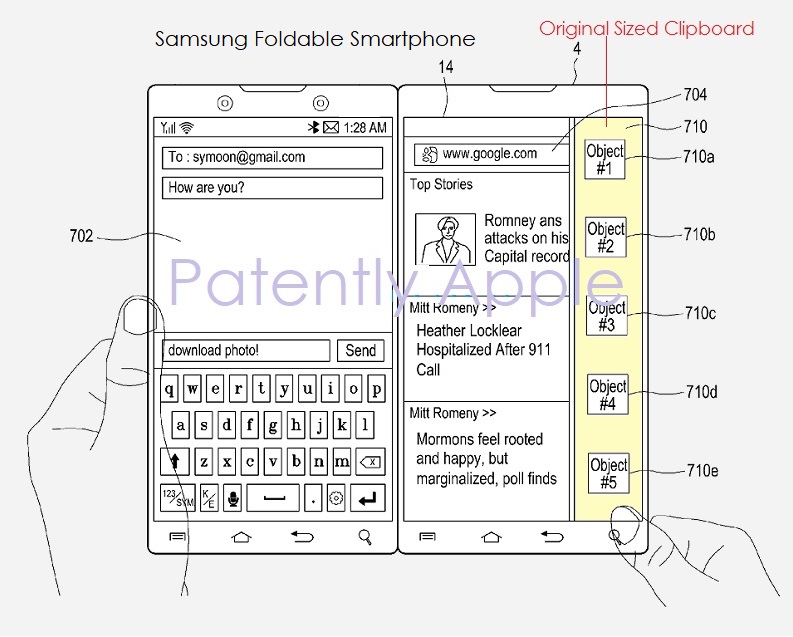 As smartphones get thinner with larger displays every year, at one point a dual display based smartphone model will be no thicker than a smartphone 2 or 3 years ago. Knowing the industry is likely headed in that direction, ZTE is taking the chance to introduce a foldable smartphone later this month. No, it's not going  thin and slick, but ZTE will be able to refine their smartphone over time with realtime feedback from their customers. The website Android Authority posted the news this week along with a few photos. One of the photos are noted below. 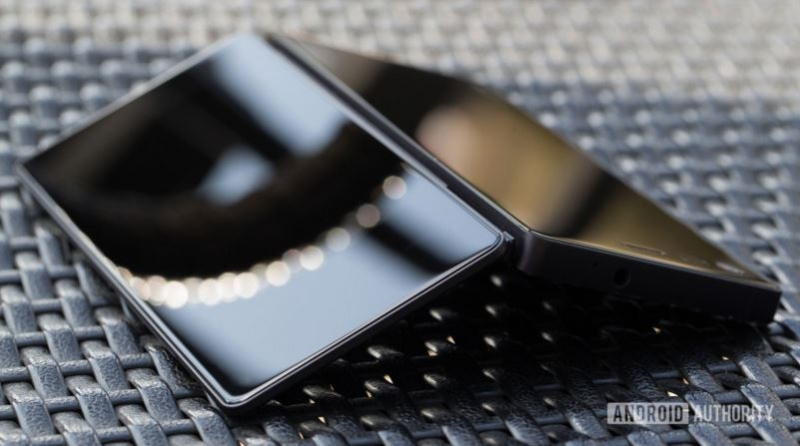 ZTE's new smartphone is rumored to be launching on October 17, though the report is a little confused saying the phone arrives 'next month' when it's only days away. When the new phone is open it will measure 6.8" wide with display quality at 1,920 X 2,160. The phone will reportedly be able to run a single app on each display for easy to control multitasking.

With Chinese OEM's winning four out of the top five spots in the Chinese market, ZTE is hoping that they could hit a home run and move into the top five. Of course that's going to be tough battle this year running up Apple's iPhone X and popular Android models from Huawei, Vivo and Google.

Though at the end of the day many will be cheering on ZTE, including myself, just because they'll rob Samsung of being able to tout that they were first to market. Secondly, shaking up the market with a new form factor will spur on more innovation from all of the top players as flexible displays get up to speed in the market. Over the next few years we'll see foldable and scrollable devices come to market and in times of transition there's always a chance for new leaders to emerge.

Hopefully Apple's Jonathan Ive and team will get ahead of the curve on new form factors, though only time will tell. For now ZTE is about to shake things up first and we'll get to see the future ahead of time.