While the MacBook's Terraced Battery is another Patent Fulfilled, it's also Testament to Apple's Maniacal attention to Design Detail 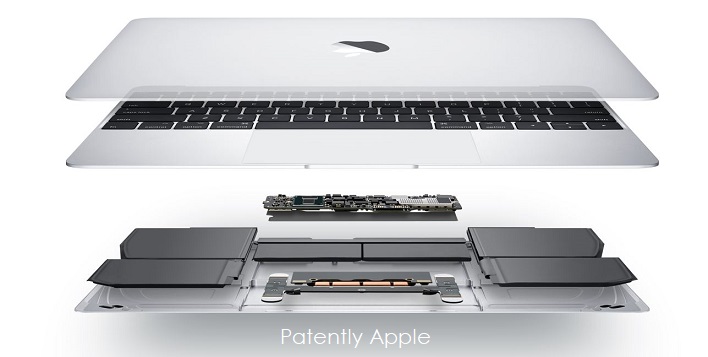 Every new product cycle from Apple usually brings more of their patented ideas to life. With iOS 11 and the new iPhones we've reported on patents fulfilled for indoor mapping, the technology behind Apple's depth camera behind Face ID, wireless charging and more.

Of course every new product that Apple introduces is backed by a series of patents whether our site has covered them over the years or not. Sometimes products are a little slower coming to market than from the competition who use off-the-shelf parts.

Apple in many cases customizes many of their internal components of any given device like their intricately designed TrueDepth camera for iPhone X as illustrated below. Who ever heard of a 'Dot Projector' before? This isn't an off-the-shelf part. It's custom designed and that takes time to develop and get it manufactured. Sometimes there are risks in doing so, like slight delays to market due to new manufacturing processes having to be created to accommodate a new part. 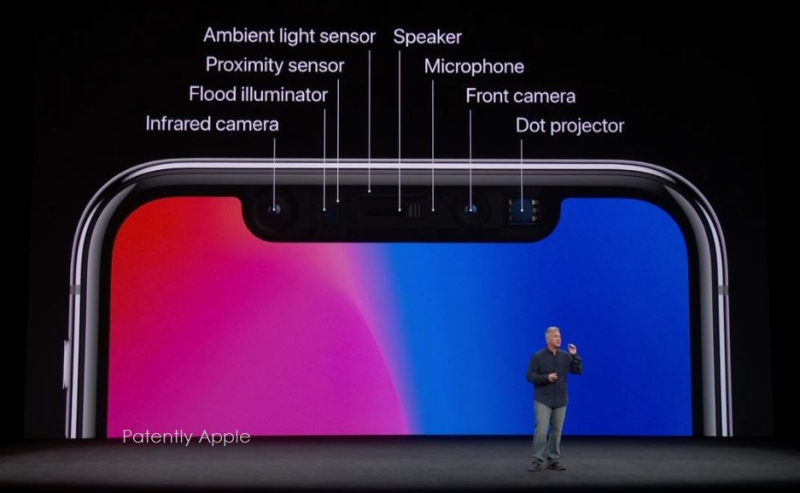 So when I hear Android fanatics saying that Apple is so slow to bringing new ideas to market, how can I not laugh at the sheer ignorance of such a simpleton statement?

Apple is the most sued company on the planet and so yes, they invent products that have unique features that have taken years if not a decade to wiggle their way to market. Apple has to be patient and patent their ideas knowing all too well that some patent troll is just waiting in the wings to pounce on them with a patent infringement suit.

Some of Apple's ideas are oddballs the first time you see them in patent form and yet you know that one day that may come to life anyways. One such patent oddball was a patent for a staggered battery design to be used in a future MacBook to make it thinner. In January 2012 Patently Apple posted a report titled "Apple to Redesign Battery Shapes for Future, Thinner Devices." The patent figure below is from that patent filing. 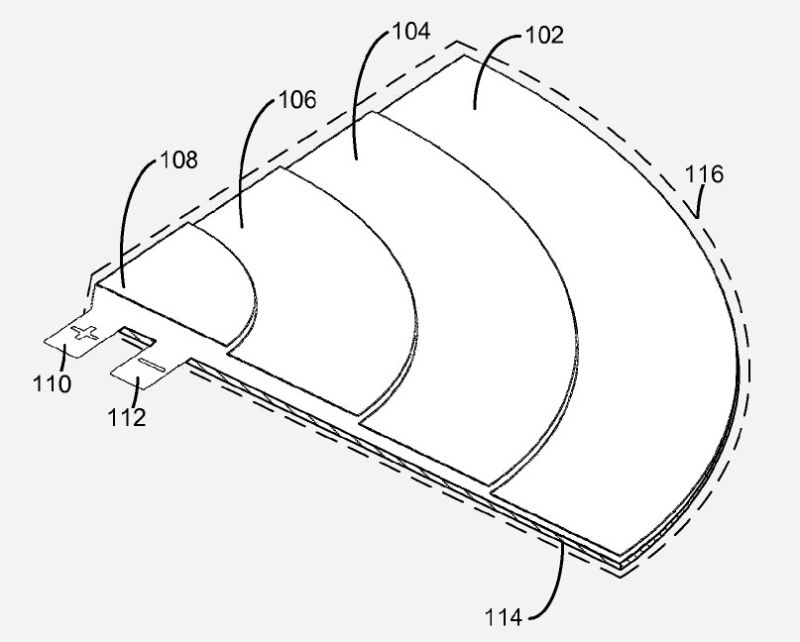 The patent noted that that the new battery design could be used in mobile device such as a laptop computer, tablet or smartphone. It took 38 months after the patent was made public and over five years from the time the patent was originally filed to finally make it's way to market.

In Apple's 2015 press release for the new thinner MacBook they noted the following:

"Every component of the MacBook reveals a new innovation. From its fanless design, ultra-thin Retina display and full-size keyboard that's 34 percent thinner, to its all-new Force Touch trackpad, versatile USB-C port and breakthrough terraced battery design, the new MacBook is the future of the notebook."

Apple further noted in their marketing literature that "To achieve all-day battery life, we needed to use every millimeter of space inside a MacBook. So we created an innovative terraced battery cell, custom shaped to fit the specific contours of the enclosure. The result is 35% more battery capacity than would have been possible before." 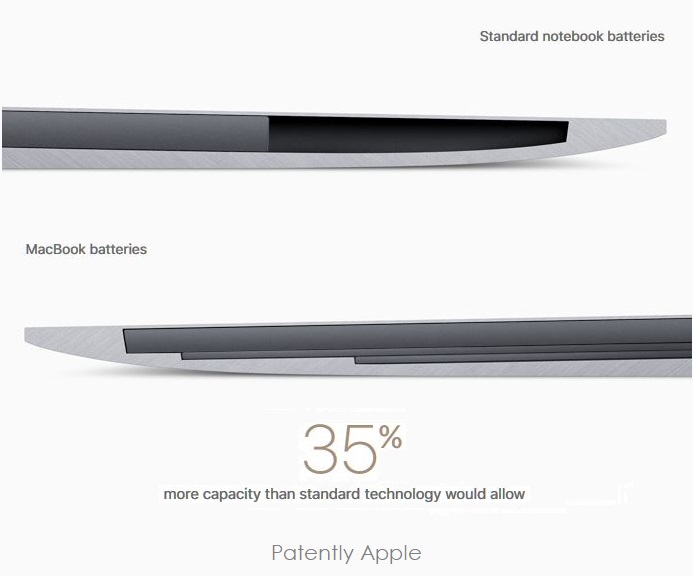 While working on yesterday's report about a possible future ARM based MacBook, I was rummaging through Apple's MacBook features when I came across Apple's graphic as highlighted above and realized that this was yet another patent fulfilled that wasn't acknowledged at the time. Better late than never.

Like most Apple fans, we want Apple to always be first to market with everything they do. With a company so rich, why can't they hire more engineers and push harder to bring their patent ideas to life. We noted again in yesterday's report that Microsoft cherry picked some of Apple's patented ideas and it's maddening at times to see this happen knowing that Apple either is slow or dropped the idea that others profited from.

Though in the end, we likewise know that Apple is working on so many ideas at one time that they have to prioritize their projects and maticulously work them into new products year in and year out. Apple's design teams under Jonathan Ive take pride in designing things that most of us would think are a waste of time, like a staggered or terraced battery.

It's a mindset determined to make every part of a design work better and you can't do that with off-the-shelf parts. For instance, the iMac reinvented the desktop and competitors couldn't easily copy it with off-the-shelf parts. It took years before the major PC players were able to offer a decent all-in-one (AIO) that is now the consumer standard. One Best Buy store in my city only showcases AIO's. In that store, the PC Tower is no longer to be seen. Of course it's not every Best Buy store, but the point isn't lost. The winning consumer trend is the AIO that Apple made popular with the iMac.

Another example is Apple's push to design thinner and thinner MacBooks that were winning the market over. Intel was pounding the table for PC OEM's to wake up and challenge Apple's superior designs back in 2014. While we take it for granted today, it was Apple that led the market away from the old ten-ton bulky notebooks of that time. PC OEM's couldn't chase Apple's designs because off-the-shelf notebook shells and parts weren't available.

That's why the stock market genius Warren Buffet said that Apple is their second biggest holding because they have "Quite a sticky product." You don't accidentally create sticky products with maniacal attention to detail to the extend of even inventing a terraced battery that most consumers will never actually see.

Yet that's one of the things that grows their fan base worldwide. Apple's love of technology and attention to detail and quality of the smallest components to push products to new levels that are intelligently and gloriously tied to their software. That's what makes Apple so unique and why their fans are so loyal.

In the end it's also why Microsoft and Google are now trying to copy Apple's magic. But copying it doesn't always work. Warren Buffet, one of Wall Street's most respected minds, explained in late September why he chose to buy Apple stock over Google and it's definitely worth reviewing here. Below are the five main reasons for his choosing Apple.