Home Archives Contact Us Subscribe Twitter Facebook MeWe Parler Patently Mobile
Apple's CEO didn't push back when France's President Read him the Riot Act on Taxes, and here's why
Apple Fine-Tunes an Augmented Reality Invention with the Assistance of an Ex-Intel RealSense Engineer 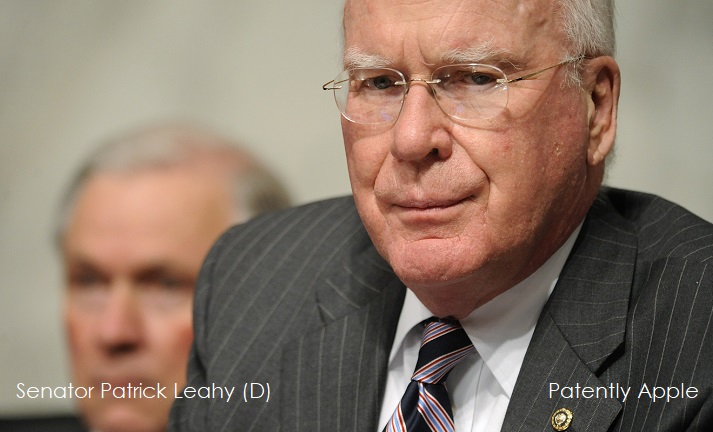 In the August report Apple's CEO stated in part: "let me address that head on. The central government in China back in 2015 started tightening the regulations … say VPN apps. We have a number of those on our Store. Essentially as a requirement for someone to operate a VPN they have to have a license from the government there. Earlier this year they began a renewed effort to enforce that policy and we were required by the government to remove some of the VPN apps from the App Store that don't meet these new regulations."

The New York Times published a report on July 29th (July 31st online) titled "Apple's Silence in China Sets a Dangerous Precedent." The Times report noted that Apple when faced with a showdown with the FBI had no problem fighting them tooth and nail and made the U.S. Government blink. Yet when the Chinese Government made demands on Apple over VPNs, it was Apple who blinked. No fight, no arguments, just compliance."

The NYTimes report went on to state that "The company's silence may be tactical; the Chinese government, the conventional thinking goes, does not take well to public rebuke. Yet Apple's quiet capitulation to tightening censorship in one of its largest markets is still a dangerous precedent."

Eva Galperin, director of cybersecurity at the Electronic Frontier Foundation, a digital-rights advocacy group added for the record that "Apple's response is tremendously disappointing. I think it's possible that Apple is playing a bigger role behind the scenes here. But the problem with that is, from the outside it looks exactly like doing nothing."

The letter began by stating "We write to express our concern regarding a July 29, 2017, article in the New York Times reporting that Apple has removed removed Virtual Private Network (VPN) applications ("apps") from the version of Apple's App Store available to users in the People's Republic of China. VPNs allow users to access the uncensored Internet in China and other countries that restrict Internet freedom. If these reports are true, we are concerned that Apple may be enabling the Chinese government's censorship and surveillance of the Internet."

The full letter sent to Apple's CEO is provided for our readers in the Scribd document below courtesy of Patently Apple.

Back in 2015 Ars Technica posted a report titled "Google will comply with censorship laws to get Play into China". The report noted that "Today The Information reports that Google is making plans to get a version of Google Play back into China and that it's willing to work within Chinese censorship law to do it. The company 'will follow local laws and block apps that the government deems objectionable' in the interest of regaining control over its own operating system."

That's funny, I don't recall Google being questioned by the two senators that now want to put Apple under the spot light. Is there any reason why a similar letter wasn't sent to Google executives demanding their response to the same 10 questions at the same time to show fairness? Google holds the same basic policy towards China as Apple does in complying with all Chinese laws. Did Microsoft's CEO receive such a letter?

I think it only fair that the two senators explain their position as to why only Apple is being grilled on this issue. As they ended their letter to Tim Cook, we'll end ours. Dear Sirs, "We look forward to your response."