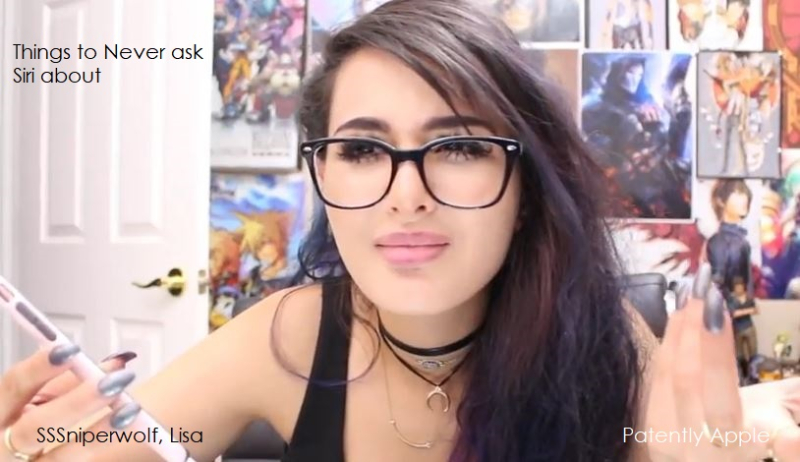 Patently Apple posted a report back in early September titled "Apple's Marketing VP says that Siri was designed to be a "Get-Shit-Done Machine" not Trivial Pursuit!" The general press has buried Siri when it comes to serious digital assistants. Wired.com wrote: "Six years after its launch, Siri has by most accounts fallen behind in the virtual assistant race. Amazon's Alexa has more developer support; Google Assistant knows more stuff; both are available in many kinds of devices from many different companies."

Greg Joswiak, Apple's VP of product marketing went on the offense saying that Siri is a pure "get-shit-done machine" and not a digital assistant out to be play trivial pursuit. The thing is most want Siri to be friendly and cuddly like the one called Samantha in the movie "her." Alex Acero, the Apple executive in charge of the tech behind Siri want's Siri to be Samantha-like, more natural.

I've tried Siri a few times and it's not a feature I use much other than to voice in my searches for Netflix or set my alarm. I've tried asking Siri a few general questions to see if it's progressing and I've given up. Natural it's not. But like Joswiak said, it's designed to get shit done. So what it's good at, fans love.

What drives Joswiak crazy is the idea that Siri is for trivia. In that game, Siri loses hands down. It's the opposite of what Siri was designed for and yet people still want Siri to be more natural. Let's hope that Apple's Alex Acero continues his drive Siri to be more Samantha-like and develop a social side, if that's even possible at this stage of AI.

A new video by Lisa aka SSSniperwolf really drives home the point that Siri isn't trivia friendly or open to general talk or valley girl drivel. Yet the video is funny to a point and I'm sure those under twenty-five will enjoy it.

Of course it's all in fun so may thanks to SSSniperwolf, Lisa.