The Original and Detailed 'Beddit' Biometrics Patent, now under Apple's name, was Discovered in Europe Today 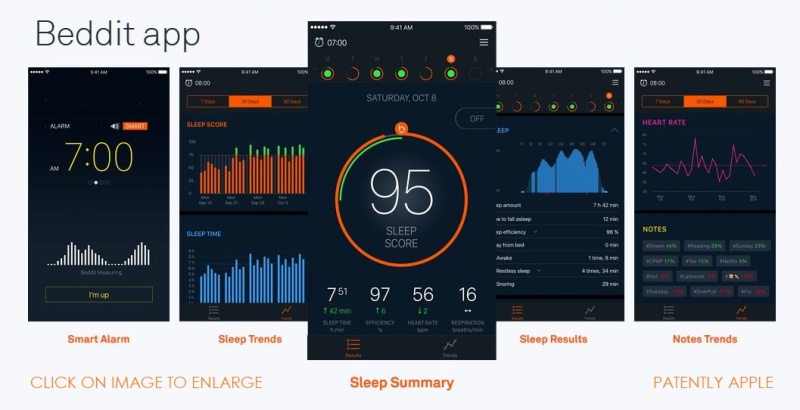 On May 8th Beddit made it official that Apple had acquired them as noted in the video below. At the moment the company is still operating and maintaining its own web site that explains the product in more detail here. Bloomberg's Mark Gurman tweeted in late August that "Tech support for Beddit sleep trackers is now handled via Apple Support." Apple sells the Beddit 3 Sleep Monitor under iPhone accessories for US$179.95. The Beddit App is available at the App Store for free. The company provides a great overview of the product under 'description' on the iTunes page which was last updated on September 25, 2017.

Apple's patent FIG. 1 below illustrates an embodiment #10 of the distributed computer system #100 comprising a server computer #130 in network #128 with the mobile subscriber terminals #104, #108 and the peripheral devices #102, 106 for a three person family in accordance with the invention. 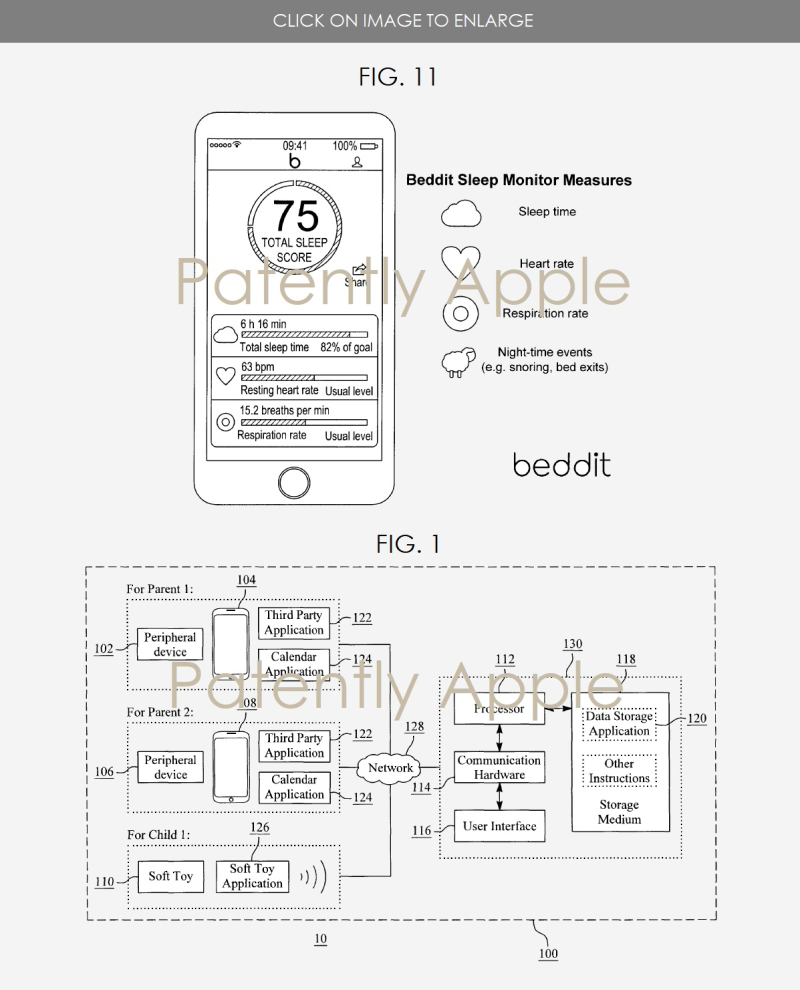 Patently Apple discovered the Beddit patent, now under Apple's ownership, in Europe earlier this morning under number EP3229671 titled "Family Monitoring System." The patent was originally filed in on January 28, 2016 and published on October 10, 2017.

At the end of the patent application you'll find Beddit's original press release about their product dated February 10, 2015 where they disclose that the company was founded in 2006.