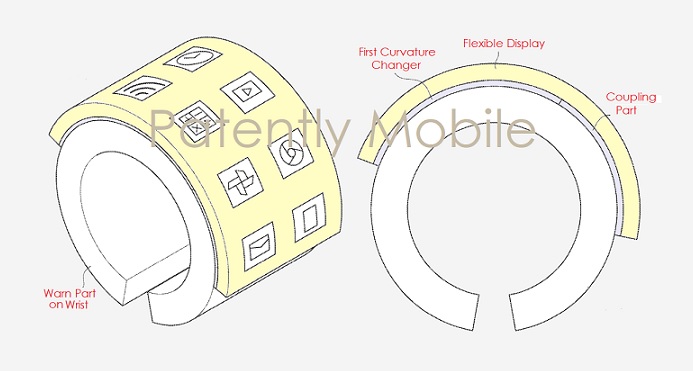 Last month Patently Apple posted a report covering IDC's wearable device market forecast up to 2021. While smart clothing is to experience a burst of strength over the next four years, it's still wrist-based wearables like smartwatches and wrist bands that will clearly dominated this market segment. Patently Apple has covered Apple patents covering smart fabrics back in August, while covering a few major patents regarding possible future smart watch bands (01, 02 and 03). Samsung on the other hand has been focusing on developing bracelets with larger flexible displays (01, 02 and 03). Of course Samsung has the clear advantage in designing devices with displays because they own their own display plants to support Samsung devices and to many top industry leaders like Apple and those in China.

Patently Apple is a believer in following the trends of some of Apple's top competitors so as to understand possible new products in the wings, new materials being used and possibly new applications. This week our other IP blog Patently Mobile covered a report about a new notebook Samsung may be working on that could provide a next-gen touchpad that could double as a mechanism that understand  user's in-air gestures. The other patent of interest covers their continuing work on a smart bracelet, with their latest invention wining a patent this week.

This week the U.S. Patent and Trademark Office officially granted Samsung a patent for a next generation wearable device in the form of a bracelet once again and it's Samsung's most elaborate design to date. The invention illustrates an Android interface on the display that carries very unique properties. The flexible device is actually an add-on to the base of the bracelet as noted in our cover graphic. The display is able to take on the shape of the bracelet or it can be altered so that one portion of the display could be stiffened and appear to slant away from the bracelet base so that it stands up straight or be shifted to present itself horizontally that's better suited for certain types of jobs. 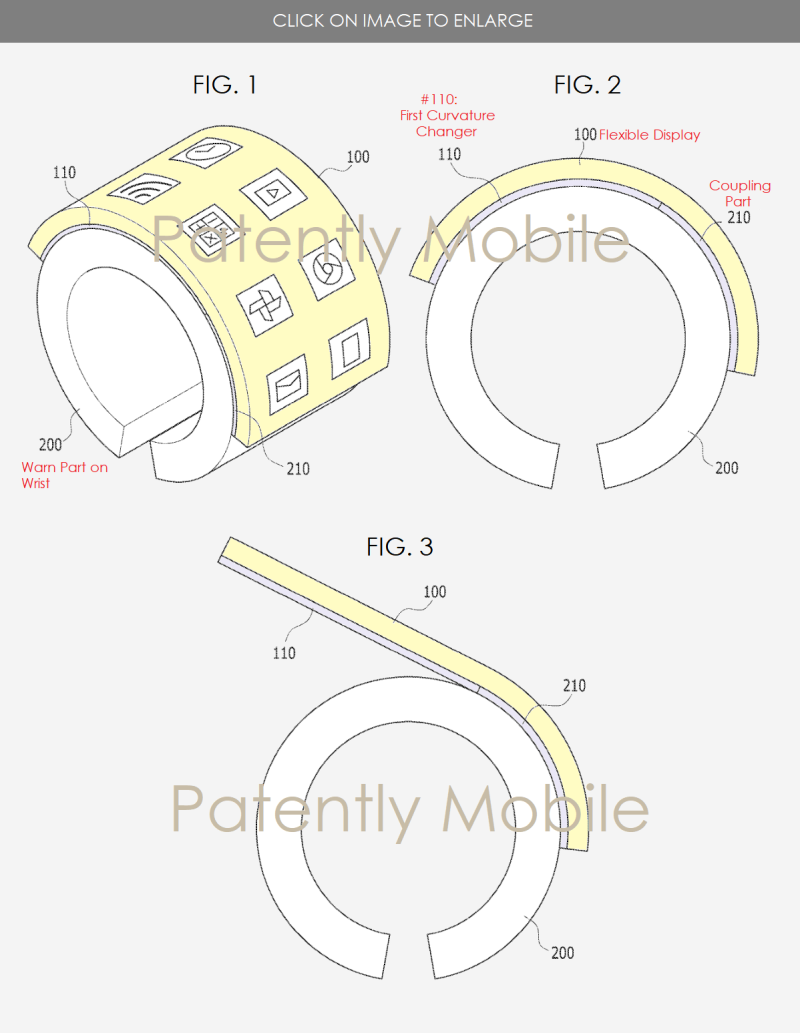 Samsung's patent FIG. 1 noted above is a perspective view of a wearable display device that includes a flexible display unit #100 and a worn part #200.

The worn part may be configured of a material such as a plastic, a metal, a rubber, or another material that is harmless to a human body.

The worn part can be in any form as long as it can be worn on the user's wrist. An attachable or detachable magnet (not shown) may be included at both ends of the worn part of the present exemplary embodiment, thereby providing ease of removal for the user.

The worn part may include a coupling part #210 as a selective element further described in patent FIG. 4. 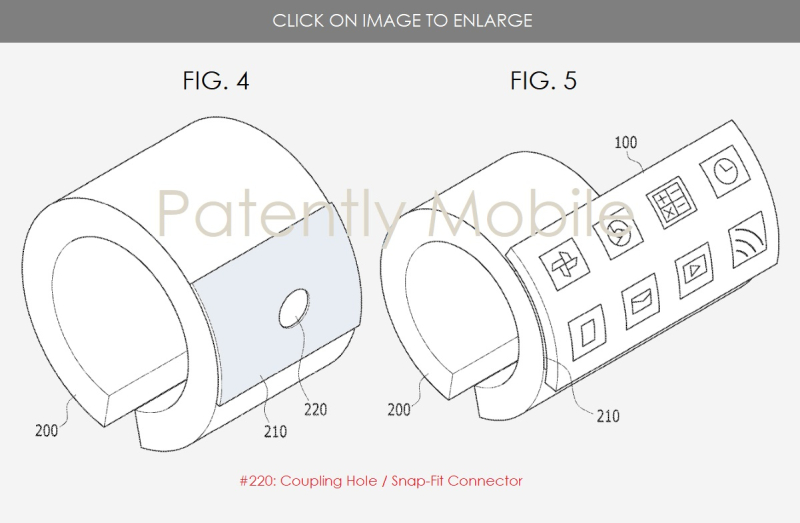 Further, one or both of the protrusion and the coupling part may include a material having magnetism, to allow the two to be magnetically attached to, and detached from, each other.

Samsung's patent FIG. 5 is a view showing a state in which a flexible display unit is rotated while it is still attached to the worn part, and is shown here after being rotated into a horizontal screen mode. 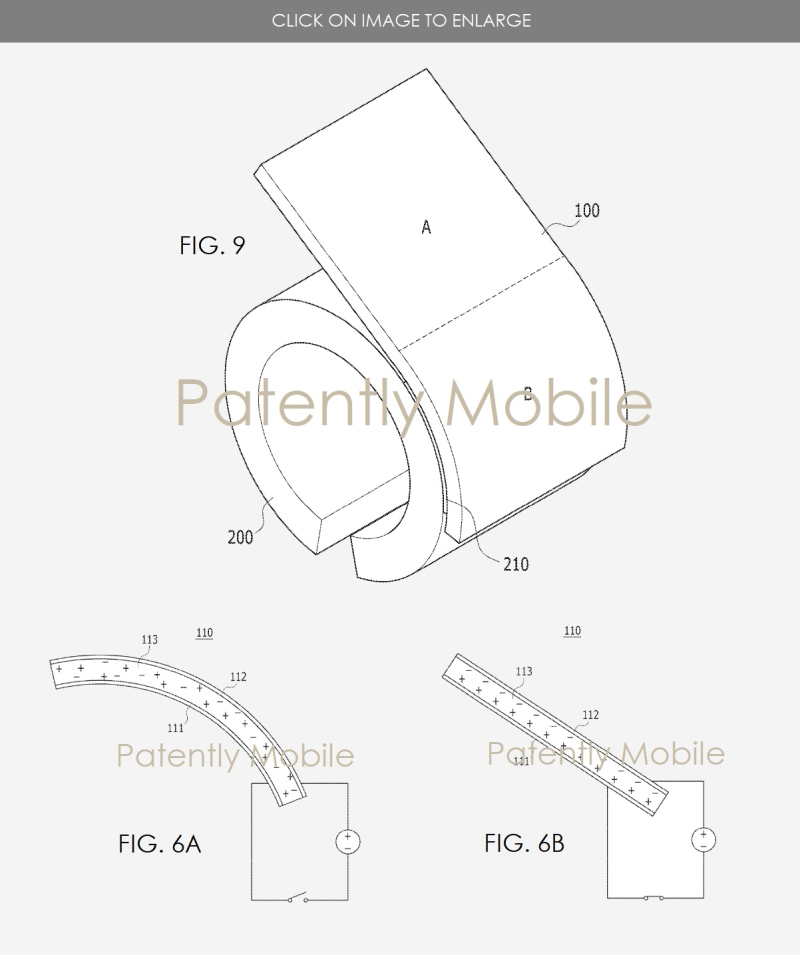 Samsung's patent FIG. 6A and FIG. 6B noted above are views to explain a shape change of a curvature changer according to an applied voltage, for an exemplary embodiment of the present invention.

Samsung originally filed for this patent in the U.S. in August 2015 that was granted to them on October 10th.