When Apple introduced their new iPhone X in September they also introduced a larger wireless charging pad for multiple devices called AirPower that will be coming to market in 2018 as noted below. Last week the U.S. Patent & Trademark Office published a patent application from Samsung that reveals that they've also been working on a dual wireless charging pad that could charge multiple devices. Now that Apple is aiming to deliver their AirPower wireless charging pad in 2018, I wouldn't be surprised to see Samsung race their solution to market in Q1 2018 for their next generation Galaxy 9 (or X) just to say that they beat Apple to market. It's an obsession with Samsung to match Apple's popular features whether it be fingerprint biometrics to the dual lens camera to a digital assistant to Apple Pay.

The Qi standard works in both inductive and resonant modes of charging and Samsung's patent filing confirms that they're working on their charging coils working in both modes as well. 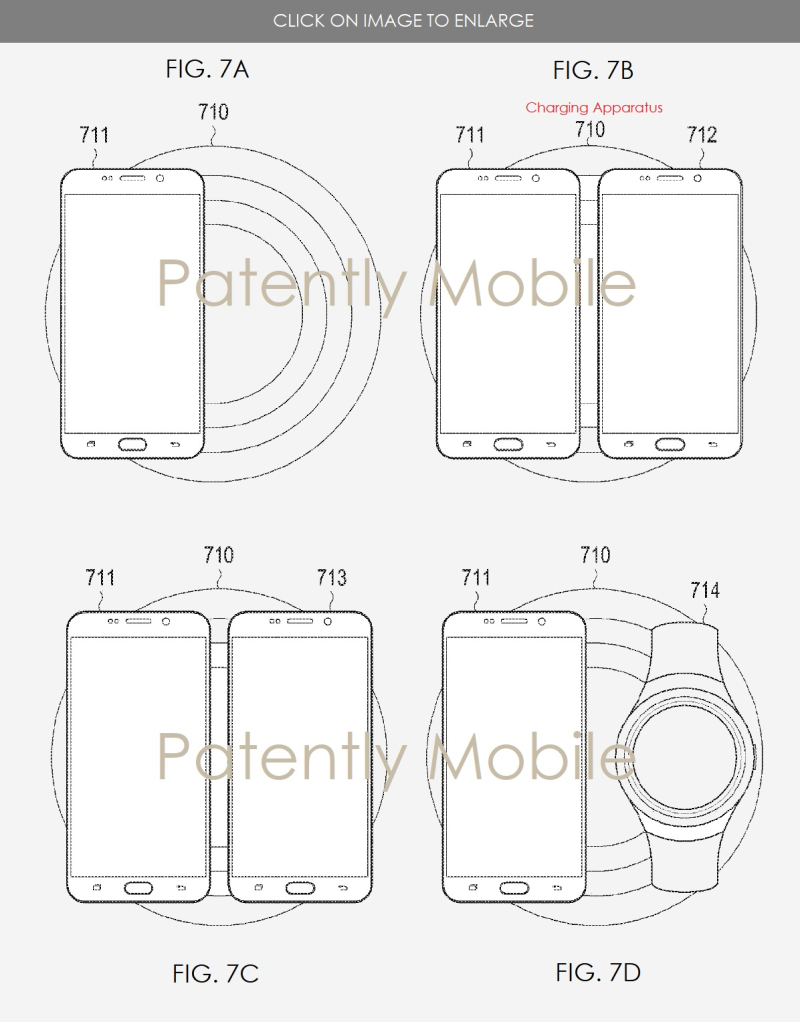 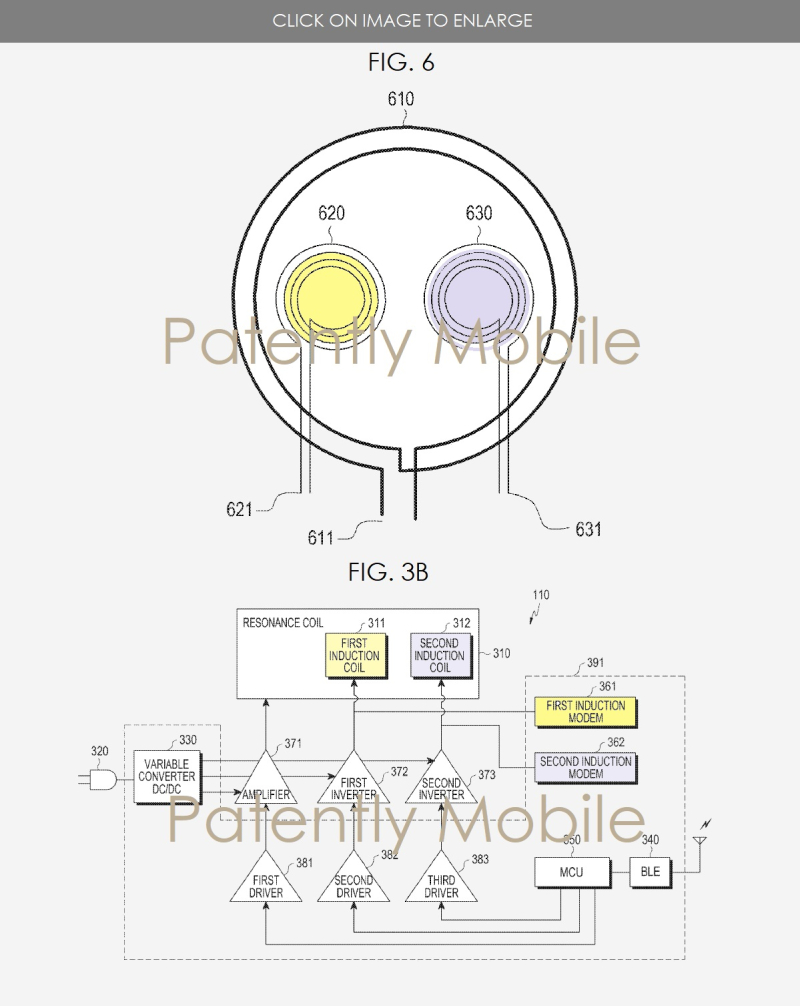 Samsung's patent FIG. 3B above is a block diagram of a charging apparatus for controlling wireless charging and FIG. 6 is a view illustrates a coil unit that is comprised of a single resonant coil and two induction coils.

Another aspect of the present invention is to provide a multi-mode charging apparatus and a method for supporting both the magnetic induction method and the magnetic resonance method.

One more thing: Samsung was granted a patent last week for another kind of wireless charger. I don't know whether to laugh or think it's ingenious. The design is like a wireless charging toaster. The user places their device into a top slot and the device is lowered into the charging-toaster. When it's done charging, the phone raises up to show the user it's done. What do you think of this kind of charger? Send in your comments below. 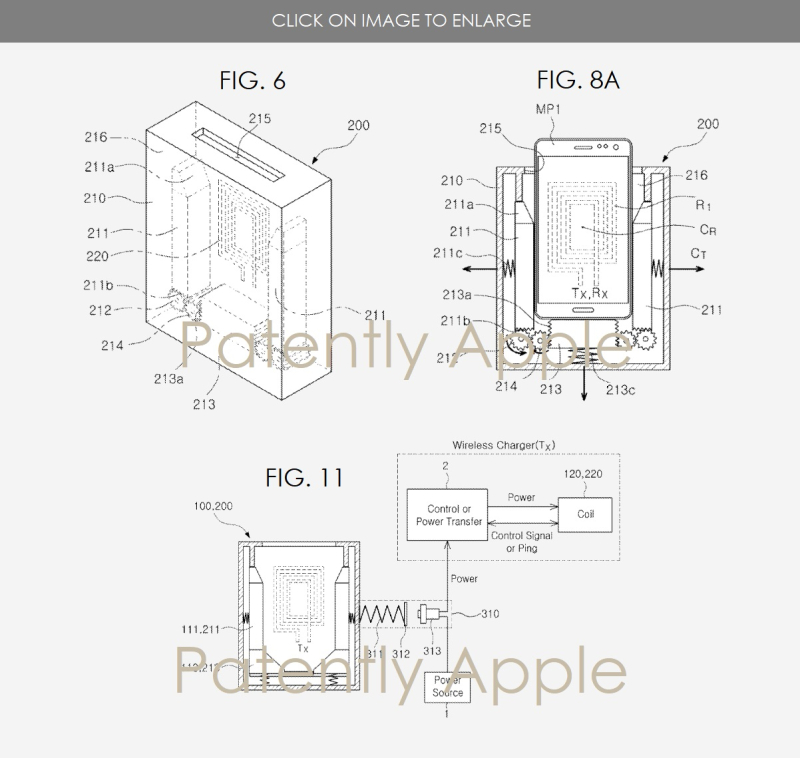 Patently Apple Xtra News covers interesting news and patents about present or future competitor products, concepts or services that may or may not compete with Apple. Patently Xtra is also used to cover editorial and/or opinion articles. About Posting Comments: Patently Apple reserves the right to post, dismiss or edit any comments. Those using abusive language or behavior will result in being blacklisted on Disqus.