The Aqua Connect website states that they've been delivering unique remote desktop solutions for Mac OS X since 2007. It further notes that "Aqua Connect allows companies and their systems administrators to consider a whole new cost-effective solution in enterprise computing for the Mac platform. A company's systems administrator can install Aqua Connect's solution on a Mac OS X machine and make applications available over the network.  In addition to allowing for easy software deployment, the ability to connect from virtually any computing platform provides a powerful option for making any number of current Mac OS X applications available to users with a limited investment. In other words, users need not update their Mac hardware or switch to the Mac platform from existing PC clients to be able to access existing and newer Mac OS X applications." 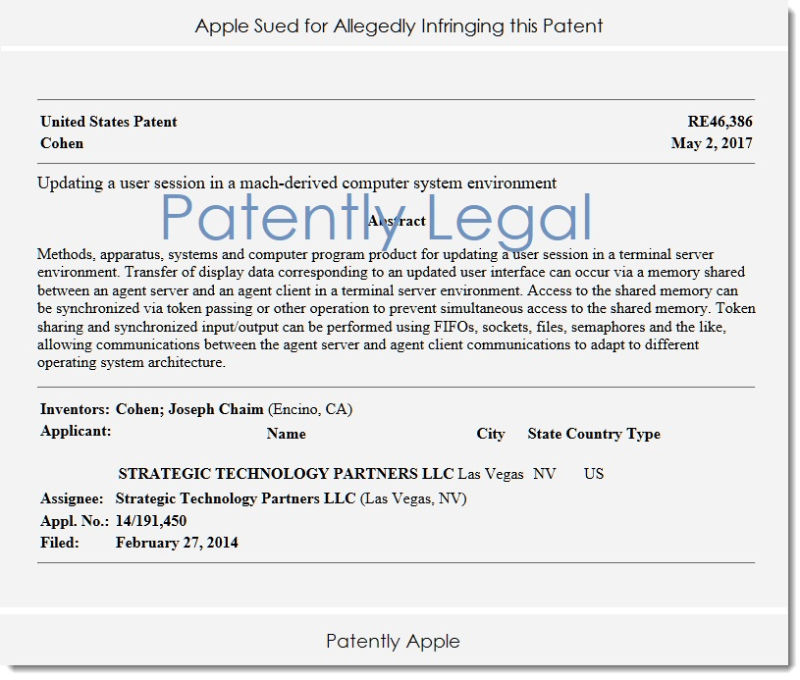 The complaint in-part filed in the U.S. District Court Central District of California by Aqua Connect formally states that "Aqua Connect Terminal Server or ACTS 3.0 was the first fully functional, secure, and efficient remote desktop and terminal server solution for macOS. ACTS 3.0 was released on September 24, 2008, and was me with significant industry praise and commercial success.

Initially, ACTS 3.0 had Apple's full support. Apple's enterprise and government customers (and potential customers) needed a fully-functional, secure, efficient remote desktop and terminal server solution for macOS to be able to use Apple computers for their enterprise or organization. (A "terminal server" is an application that "serves" user terminals to other computer systems—i.e., it allows multiple users to remotely control different user sessions on the same computer at the same time). ACTS 3.0 was the only application that could fill this need at the time. As a result, Apple worked closely with Aqua Connect on development and sales.

In early 2011, however, Apple—abruptly and without explanation—stopped cooperating with Aqua Connect.

In addition, around the same time, Apple launched a new major release of its mobile operating system, iOS 5. iOS 5 included a new feature, "Airplay Mirroring," which allowed the screen of an iOS device such as an iPhone to be shared with another computing device (such as an Apple TV) over a computer network.

Furthermore, with Lion's release, Apple changed the end user license agreement for its operating system. The new end user license agreement required that any connection to control a separate graphical desktop session of macOS (i.e., one other than the one displayed on the screen attached to the computer running it) "may only be made through the Screen Sharing feature of the Apple Software"—and not through third-party remote desktop applications offered by Apple's competitors (such as Aqua Connect):

This requirement has been included in the end user license agreements for each subsequent release of macOS."

You can read the technicalities of the lawsuit in the full Scribd document below courtesy of Patently Apple.

The patent infringement case presented in today's report was filed in the California Central District Court. At present, no Judge has been assigned to the case.