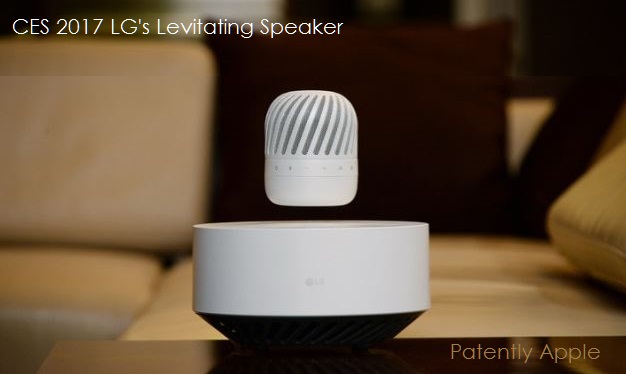 It was reported today that LG Electronics' Bluetooth speaker features levitating technology that enables the speaker portion to float in the air above the woofer station, allowing better sound quality in 360 degrees, went on sale in South Korea at 369,000 won (US$327), following its initial launch in the UK in August. Whether it will hit the shelves at Best Buy for Christmas this year is still unknown. 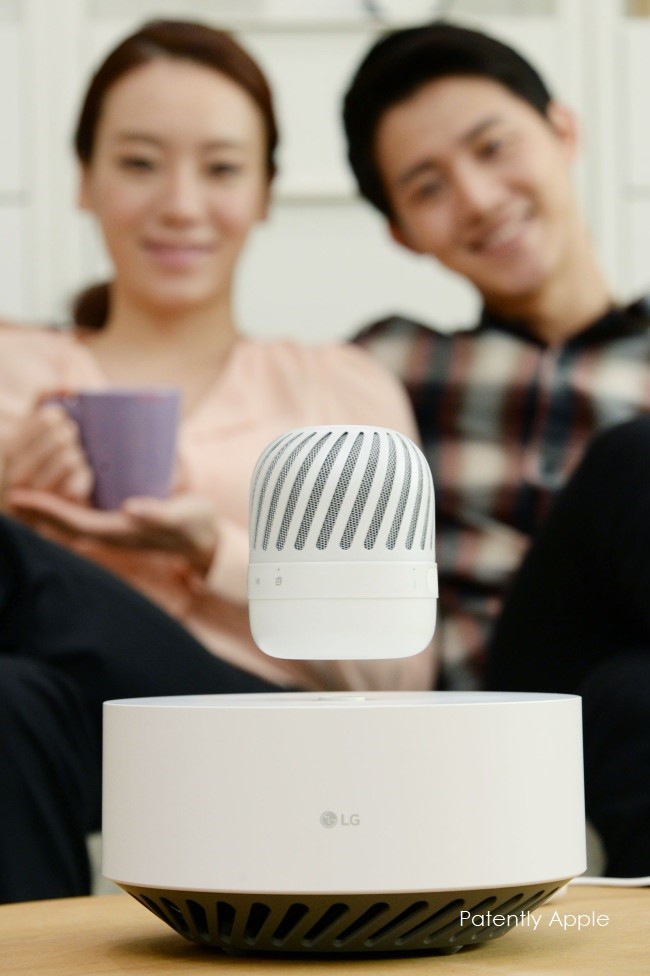 In case you didn't know or just forgot, Apple actually has a patent covering this same type of technology. We covered the patent in a report in March titled "Apple reveals their Coolest Invention Ever: Wirelessly Charging Future iDevices While they Levitate, Spin & More." 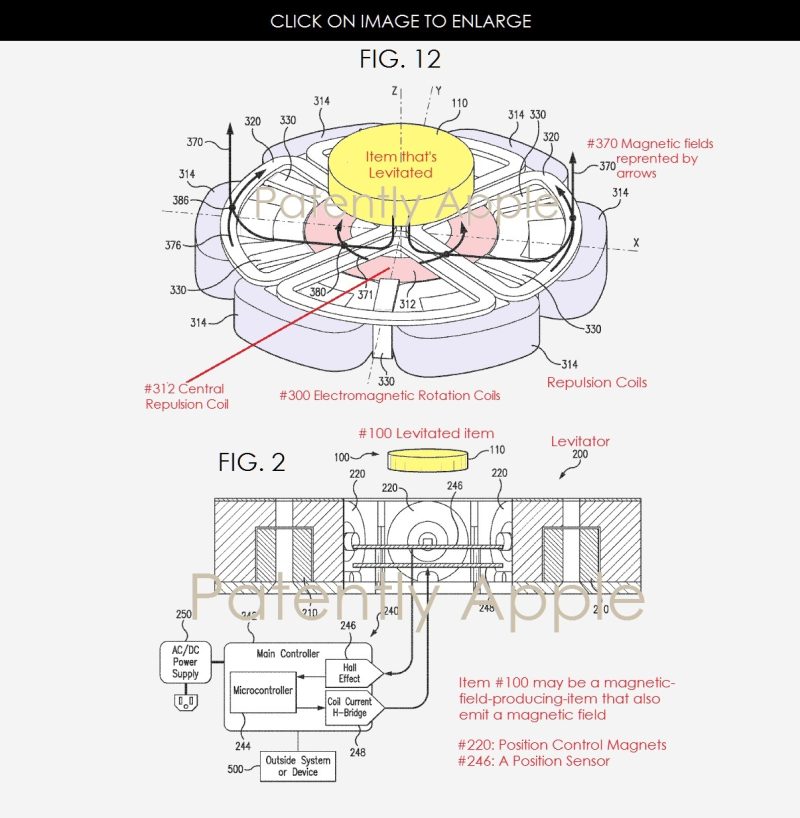 Apple envisions that an iPhone or Apple Watch being charged could levitate and optionally bounce around to the rhythm of your streaming music.

In some Apple Stores today Apple is trying to untether their devices to make it easier for people to test out. A rash of robberies may have Apple rethinking that strategy, but if they continue with it, imagine for a moment that Apple could have their test devices floating above the display tables over the next five years. That would add a little magic to the Apple Store.

And who knows, perhaps a future iteration of Apple's new HomePod could take advantage of this format and add a revolving light show.

While Apple's invention may never get off the ground, just knowing that LG actually has it working today is at least a sign that the technology is for real and not locked down in patent theory or fantasy.